In the 17th century, the colony of New Amsterdam on the southern tip of present-day Manhattan made homosexuality a capitol offense under Dutch law, a punishment that was continued through the 17th and 18th centuries under English rule.

In the 19th and 20th centuries, with homosexual acts still being punishable to varying degrees, LGBT people found various public spaces in New York City to meet each other, cruise, and have sex.

Historic LGBT sites — including public parks, piers, and beaches, bathhouses, bars, and clubs — in this curated theme show the evolution of the city’s sex and cruising spaces from the 1840s to the 1990s. Two men are known to have been executed in New Amsterdam in 1646 and 1660 for sexual relations with boys. Sodomy was punishable by death in New York until 1796,... Learn More

In the early 1890s, The Slide on Bleecker Street was known as New York’s “worst dive” for its “fairies,” young men who solicited other men. It was closed by the... Learn More 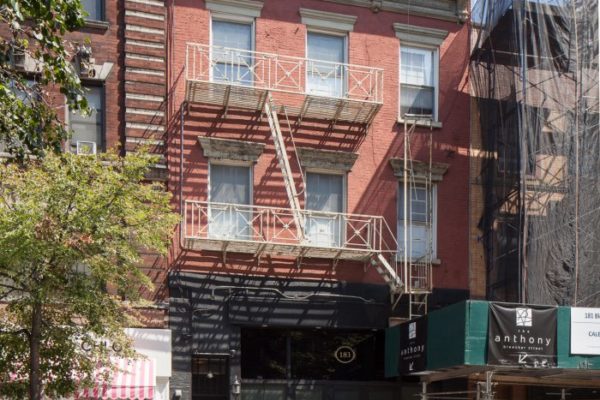 This building was the location of the Black Rabbit, a club where “fairies” – young men who solicited male patrons – caught the attention of vice squads. It was one... Learn More

The Everard Baths, one of the most legendary of New York’s bathhouses, was a refuge for gay men probably since its opening in 1888, but definitely by World War I. As... Learn More

Between the 1920s and 2003, when it was closed by New York City officials, the Mt. Morris Baths was an important social center for gay African-American men and one of... Learn More

From the 1920s through the 1970s, the mammoth Hotel St. George was one of the best known centers of gay male life in Brooklyn. Famed for its luxurious public spaces... Learn More

The isolated eastern end of the beach at Jacob Riis Park has been a location for LGBT sunbathing and cruising since the 1940s. Historically, it has been the most popular... Learn More

Orchard Beach, sometimes referred to as “the Bronx Riviera,” has long been a meeting and cruising location for LGBT people of color, in particular. Learn More

From the 1950s through the 1980s, the Brooklyn Heights Promenade was one of the city’s most popular and well-known gay male cruising areas. It became contested ground during the 1960s... Learn More In June 1969, a week before the Stonewall uprising, a group of local Queens residents formed a “vigilante committee” to harass gay men cruising in a nearby Flushing Meadows-Corona Park... Learn More The beaches, boardwalk, and parking lots of South Beach have been Staten Island’s most popular LGBT cruising areas since at least the 1960s. At times these have been contested grounds,... Learn More

Between 1968 and 1976, the Continental Baths operated out of the basement space of the then-dilapidated Ansonia Hotel. The legendary Baths combined sex, socializing, and entertainment that especially flourished during... Learn More The Ramrod on the Hudson River waterfront was one of New York’s most popular leather bars in the 1970s. It was the site of one of Greenwich Village’s most notoriously... Learn More For over a century, the Greenwich Village waterfront along the Hudson River, including the Christopher Street Pier at West 10th and West Streets, has been a destination for the LGBT... Learn More Located just across from the Stonewall Inn, Christopher Park has been at the center of the LGBT rights movement since the historic 1969 uprising. The park was included within the... Learn More The New St. Marks Baths was one of the largest and most renowned bathhouses in New York City from 1979 to 1985. Its owner, Bruce Mailman, became a central figure... Learn More

Referred to as the “Vatican of Disco,” The Saint was a gay, members-only club located in the East Village that operated between September 1980 and May 1988. With its huge... Learn More 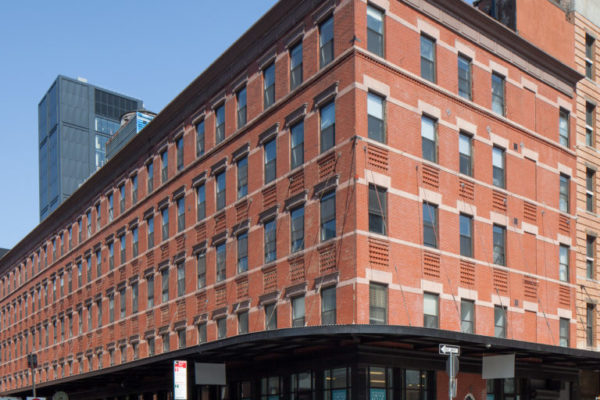 A portion of the ground floor and part of the basement of this former market building in the Meatpacking District was the home of Bar Room 432 from 1990 to... Learn More