A portion of the ground floor and part of the basement of this former market building in the Meatpacking District was the home of Bar Room 432 from 1990 to 1996. In 1996, it was relaunched and renamed Mother, operating here until 2000.

The space was a popular nightlife venue for the Clit Club, MEAT, Jackie 60, [email protected], Click + Drag, and other parties that drew a diverse crowd of LGBT people, pansexuals, and creatives. Flyer for MEAT, c. 1992. From the Collection of David Kennerley. Flyer for MEAT, 1993. From the Collection of David Kennerley. Flyer for Clit Club, c. 1994. From the Collection of David Kennerley. A portion of the ground floor and part of the basement of this former market building was a venue that hosted popular parties in the 1990s. The space operated as Bar Room 432 from 1990 to 1996, when new management took over the space and renamed it Mother, which operated until its lease ended in 2000.

Bar Room 432 and Mother
Julie Tolentino, a professional contemporary dancer turned performance-installation maker, was introduced to Bar Room 432, a new, yet mostly vacant, jazz bar in the Meatpacking District, by a downtown choreographer whose husband co-owned the bar. Tolentino established the space as a queer venue first with Clit Club. That was soon followed by other queer weekly parties including MEAT and Jackie 60.

In 1996, with the success of Jackie 60, two of its co-creators, nightlife impresario Chi Chi Valenti and DJ Johnny Dynell, purchased the lease and took over the management of Bar Room 432. They renamed it Mother, which hosted parties and events catering to a mixed crowd, including drag queens, trans people, and subversive women. Two such parties were [email protected] and Click + Drag.

Clit Club (weekly party)
Clit Club was the first party to occupy the space as a queer venue on July 27, 1990. It became known as a sex-positive mixed party for cis and trans women who self-identified as lesbian, queer, and androgynous, and their friends.

The party was conceived and initiated by activists/artists of color Tolentino and Jocelyn Taylor (aka jaguar mary), a videomaker. By 1991, Tolentino ran Clit Club as a weekly party with a dedicated staff on Friday nights and Aldo Hernandez as its first DJ. Hernandez soon hosted the Saturday night party MEAT at this location (see below).

In the 1990s, lesbian sexuality increasingly gained visibility. Led by the Clit Club, this was reflected in explicitly named parties that were taking place internationally. These parties opened a larger dialogue in art and politics across communities to include the diverse experiences, voices, and practices of young and older working-class creatives, women’s sadomasochism groups, AIDS activists, students, and feminist collectives.

There are few photographs depicting the interior of the party due to its no-camera policy that aimed to enhance the club’s intimacy and explicit environs as a safe space. Clit Club was known for its hot energetic vibe, diversity of patrons, and interior. This was reflected in the wide range of age, race, class, and gender presentations, its association with activism, its go-go dancers, pool table, dark corners, deep house music, VCR porn, dark room, and welcoming staff. Clit Club boosted the space with themes enhanced by art, video, and multiple performative experiences that included go-go dancers (cis male and female), trans dancers, dragkings, genderbenders, and girl-for-girl and gay men dancing for gay women in sexually provocative performances.

After the lease ended at this location in 2000, the Clit Club remained active for two more years, first at Marion’s Continental, 354 Bowery, and then at Flamingo East, 219 Second Avenue.

MEAT (weekly party)
MEAT originally alternated weeks with the Clit Club beginning on Friday, August 17, 1990, and was operated by Aldo Hernandez, a DJ and ACT UP and Art Positive member. After three weeks, it became a weekly Saturday sex-positive, party clubhouse attended primarily by gay men, with a high concentration of ACT UP members. The double entendre was a play on its location in the Meatpacking District and the many commercial businesses with signs advertising “meat.”

Hernandez conceived MEAT as an alternative to the typical gay male bar of that period, which he felt lacked diversity and creativity. He wanted a clubhouse atmosphere where “you could hang or party and ‘be yourself’ outside of the mainstream gay clone mentality.” His goal was to nurture individuality, which was reflected in his new, eclectic dance mixes, choice of bar dancers with wide ranging body types and gender expressions, dynamic décor, no guest list policy, and cheap door admission. It operated without a cabaret license for legal dancing and live music, which created ongoing challenges to keep it in operation.

Almost every week, there was a low-budget, creative theme, publicized by flyers, that encouraged an eroticized atmosphere and attendance. The parties showcased international performers, including RuPaul and Ron Athey. A small area in the basement was opened as a safe space for sexual hook-ups. This was controversial amongst activist groups due to the AIDS crisis and, to comply with the city’s policies, the area was posted with safer sex information and signs warning “No lips below the hips” as monitors stood by.

MEAT operated through February 1994 with the “Point of No Return” farewell party. Hernandez ran other Saturday night parties at this location under such names as Underworld, Skin Up, and Puta Scandalosa that had a broader focus as a mixed dance party.

Jackie 60 (weekly party)
Jackie 60, first launched in November 1990 at Nell’s, 246 West 14th Street, relocated to Bar Room 432 in March 1991, where the party continued on Tuesday nights until its final event on December 28, 1999. It was an underground, performance-oriented, weekly-themed party created in reaction to New York’s commercialized and elite celebrity-driven nightlife scene, epitomized by such clubs as Studio 54. Jackie 60 attracted a diverse crowd represented through its overt sexuality and cutting-edge fashion. It was founded by nightlife impresario Chi Chi Valenti, DJ Johnny Dynell, fashion designer Kitty Boots, and choreographer/dancer Richard Move who were its weekly producers. Performer/singer Brian Butterick (aka Hattie Hathaway) was a frequent performer, bartender, and guest producer. Butterick became a weekly producer when Move stepped down in 1996.

[email protected] (monthly party)
As mentioned above, in 1996, Valenti and Dynell, took over the lease and management of Bar Room 432 and renamed it Mother. Jackie 60 and Clit Club continued in the space along with new parties, which often referenced LGBT nightclub history conveyed through performances and word-driven invitations.

One such party was the monthly Martha @ Mother, which Move began in 1996 as a tribute to the legendary “grande dame” of modern dance, Martha Graham. Move, in drag as Graham and dancing “deconstructions” of her choreography, became famous for his gentle and affectionate parodies. The monthly series also featured the premieres of dance works by well-known and unknown choreographers and dancers, with commentary by “Martha.”

Click + Drag (weekly party)
Another new party at Mother was the “cyber/fetish/Gothic/genderhacking” weekly Click + Drag, produced by multimedia artist Rob Roth, Boots, Valenti, and writer Abby Ehmann, that was an outgrowth of Jackie 60. It operated here from 1996 through the summer of 2000 when relocated as a monthly party ending in late 2001.

Mother closed in June 2000 due to the sale and redevelopment of the building that was part of the gentrification of the Meatpacking District. 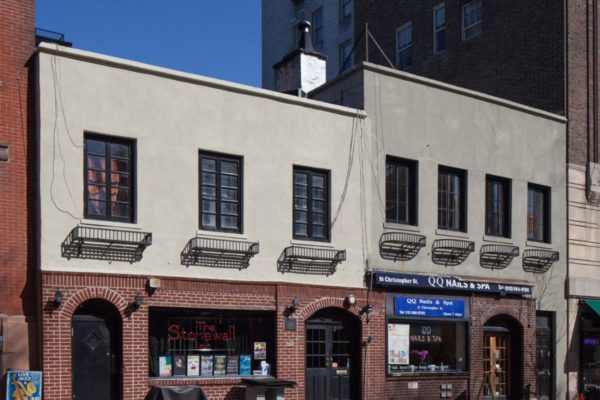 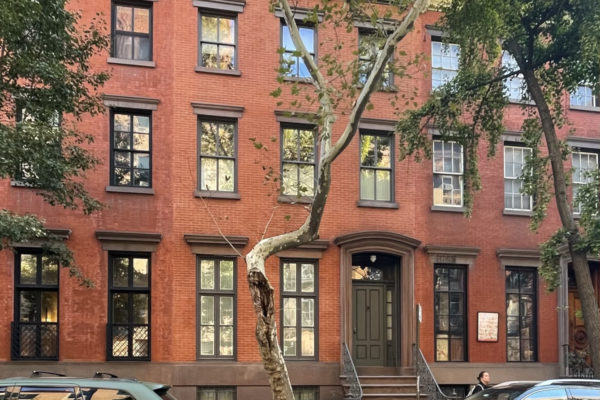 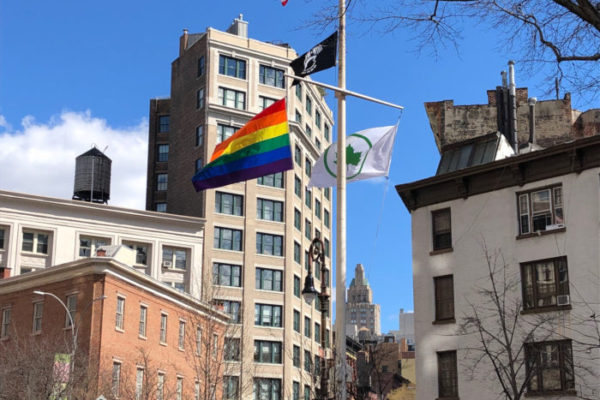