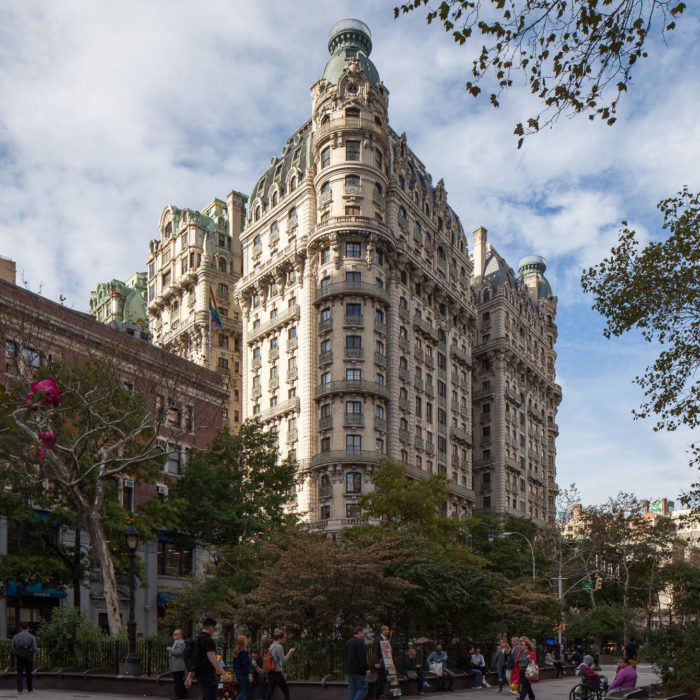 Continental Baths at the Ansonia Hotel

Between 1968 and 1976, the Continental Baths operated out of the basement space of the then-dilapidated Ansonia Hotel.

The legendary Baths combined sex, socializing, and entertainment that especially flourished during the early post-Stonewall liberation years, and helped launch the careers of numerous performers and DJs. 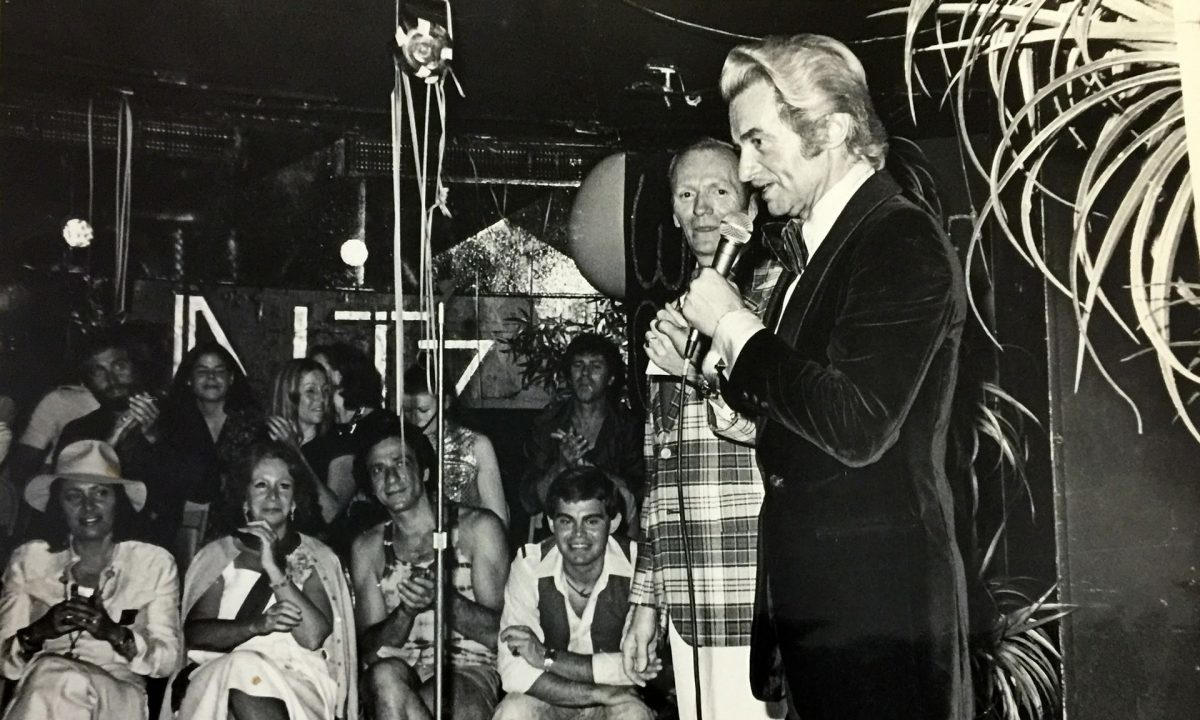 Pool at the Baths, c. 1970s. Photographer and source unknown. Towel from the Continental Baths, c. 1970s. Courtesy of the Museum of the City of New York. 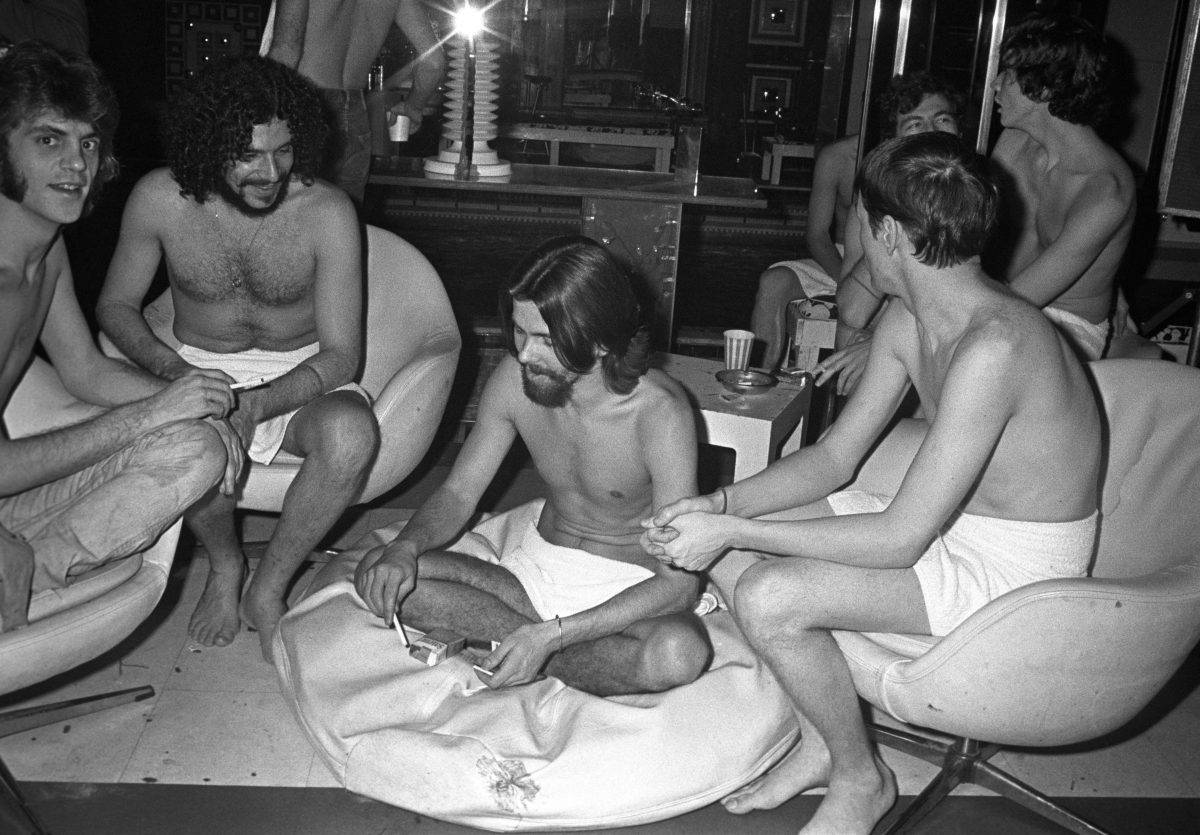 Men in towels at the Baths, 1972. Photographer unknown. Source: www.fleshbak.com. Advertisement for Bette Midler at the Baths, 1971. Source unknown. 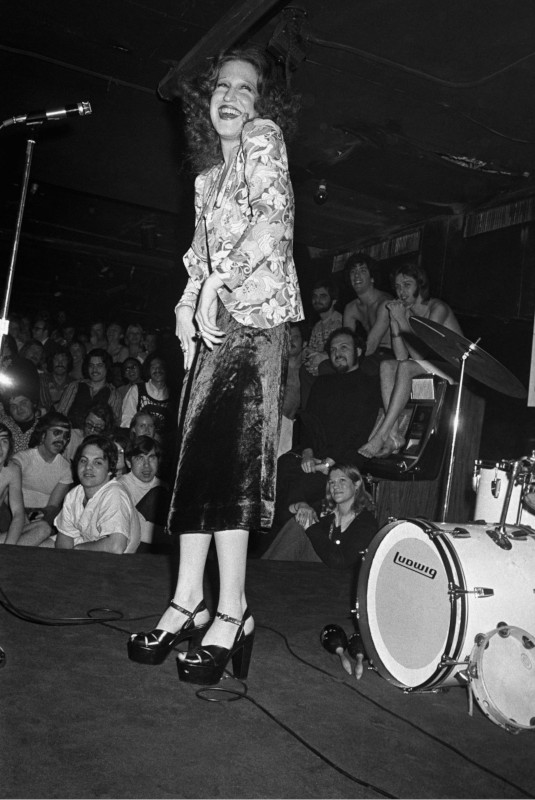 Advertisement for performances at the Baths, 1973. Source unknown. 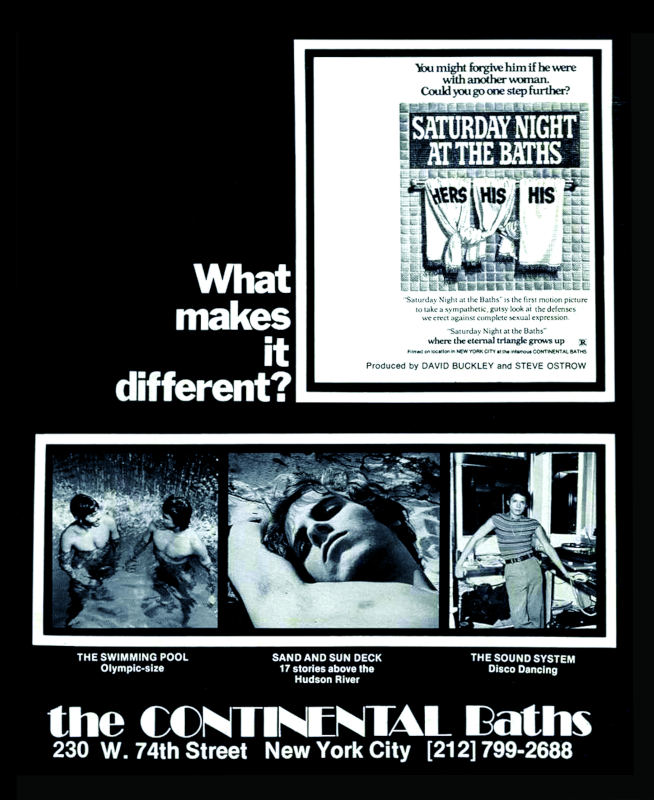 Advertisement for the Baths, including movie poster, c. 1974. Source unknown. 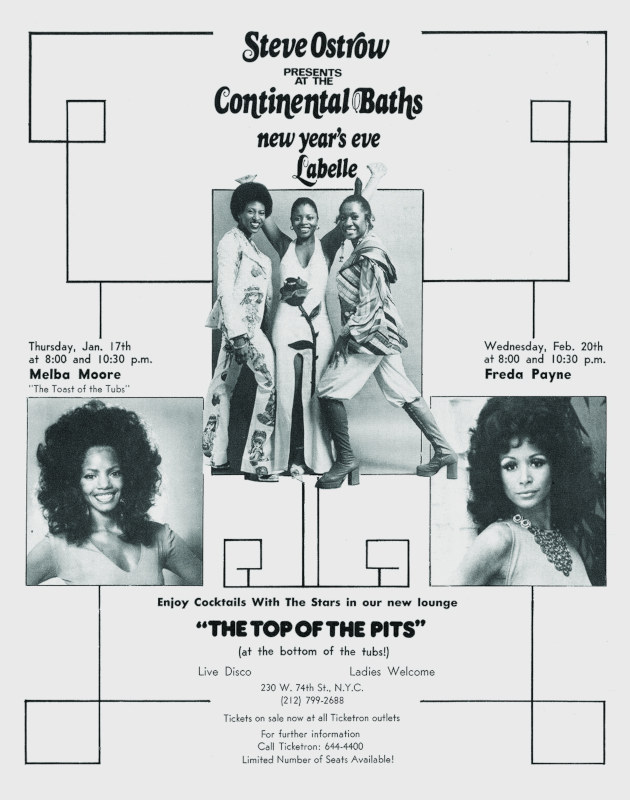 Advertisement for a performance at the Baths, 1974. Source: www.waxpoetics.com. Steve Ostrow (left) and the stage at the Baths, c. 1974. Source: screen shot from “Saturday Night at the Baths.” 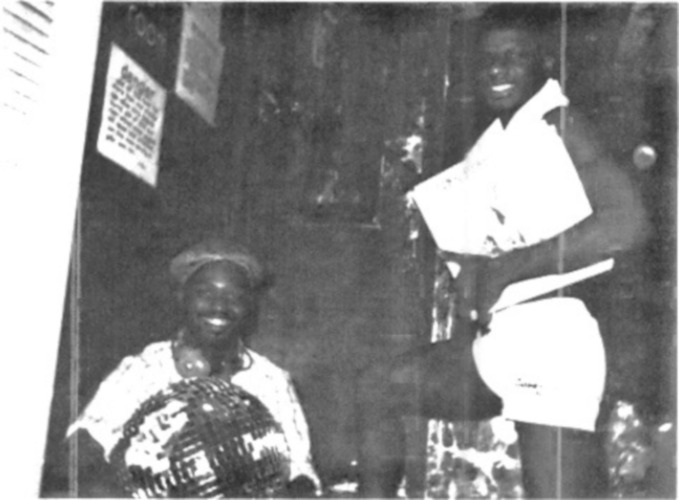 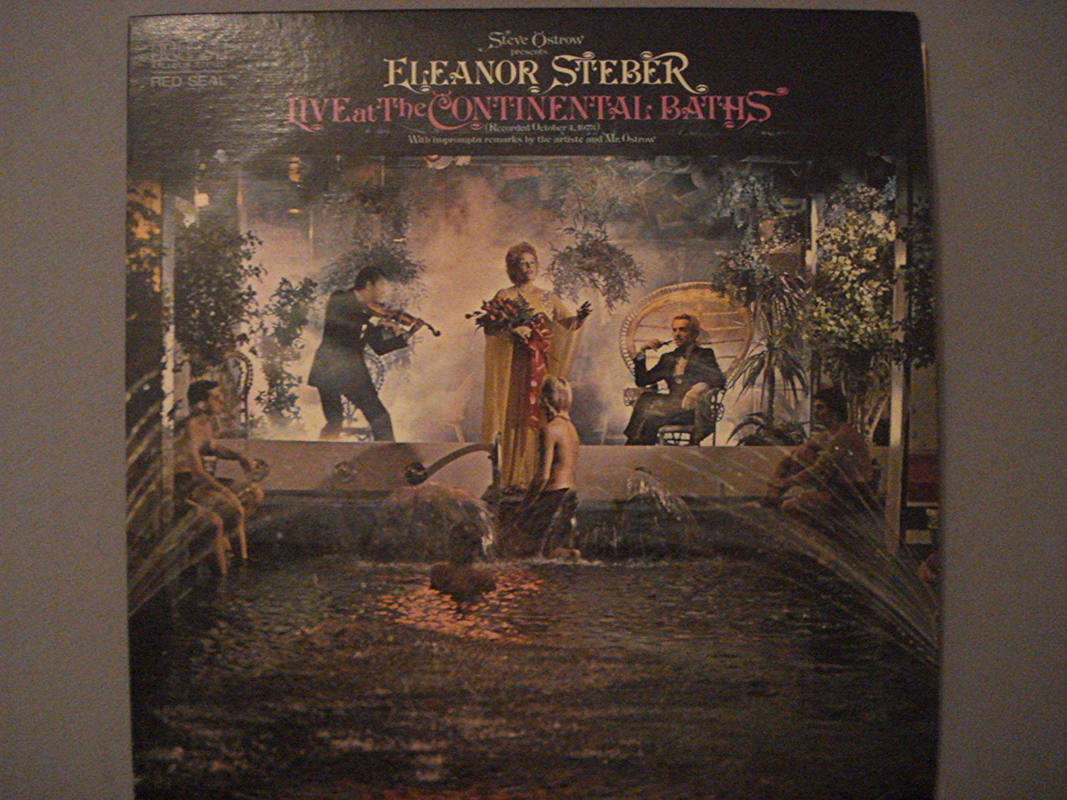 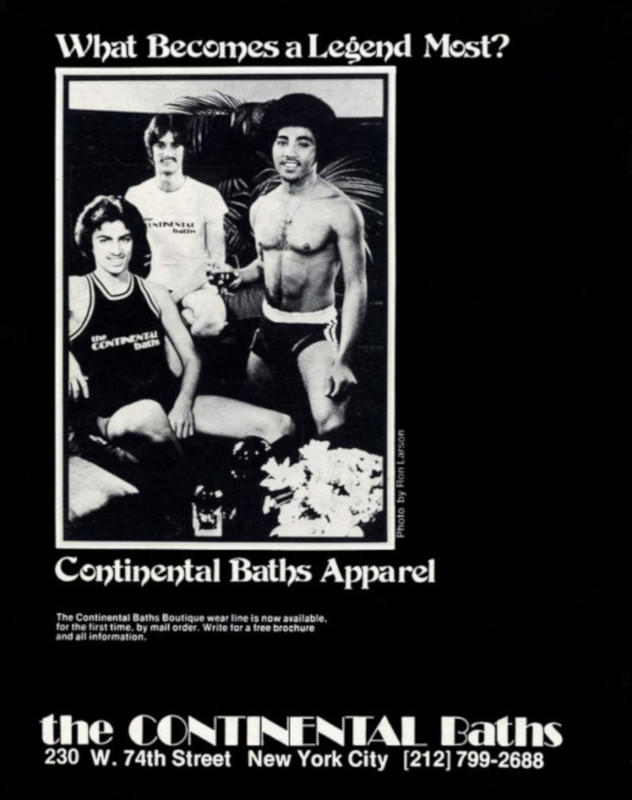 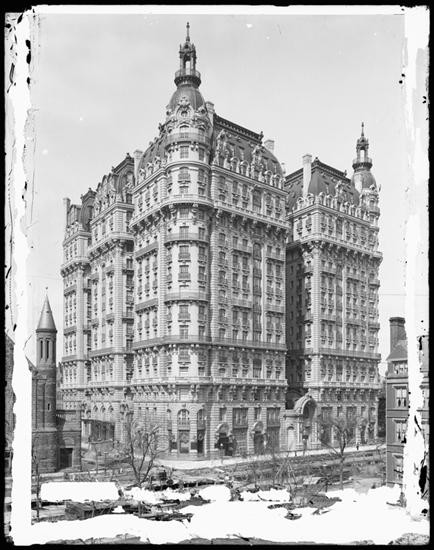 Ansonia Hotel, c. 1905. Photo by Wurts Bros. Courtesy of the Museum of the City of New York. 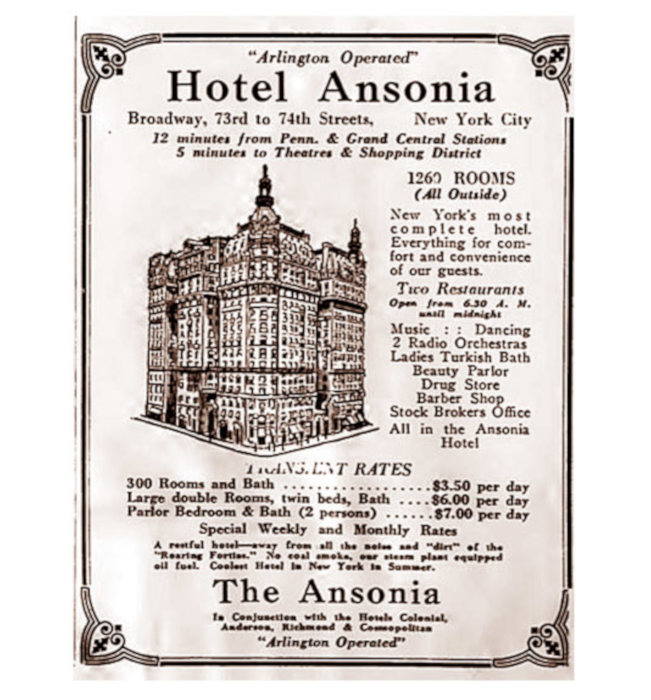 In the late 1960s, Steve Ostrow, an entrepreneur and former opera singer, wanted to elevate the gay bathhouse experience from what were then seedy spaces to an enhanced destination as a health club and spa. At the time, homosexuality was illegal and most New York City LGBT bars were operated by the Mafia.

In 1968, he leased the vacant 40,000-square-foot, multi-level basement space of the once lavish Ansonia Hotel (then rental apartments), which previously housed its Turkish Baths and swimming pool area. Ostrow predicted that his new venture would draw patrons away from other locations such as the well-established Everard Baths.

Ostrow initially created a space that he advertised as the recreation of the “glory of Ancient Rome.” It featured a disco dance floor, pool with cascading waterfall, sauna rooms, bunk beds in public areas, and small private rooms. When it first opened on September 12, 1968, it contained 50 rooms and 200 lockers and operated 24 hours a day, seven days a week.

Over time, Ostrow added a cabaret and stage, restaurant, gym, licensed bar, STD clinic, clothing boutique, travel desk, and roof sun deck (via a separate elevator) with sand from Riis Beach. Ostrow retained interior designer Richard Ohrbach to oversee this expansion and Ohrbach covered the columns with mirror and glass and painted the walls in psychedelic colors. One large room was transformed into a labyrinth with black marble for cruising. Another large space, referred to as the Orgy Room, was designed as a Roman amphitheater with carpeted risers on the four walls. At its peak, the Baths had 400 private rooms and 2,000 lockers serving up to 10,000 diverse gay male patrons a week, some who would stay for an entire weekend.

“The Tubs,” as they were affectionately nicknamed, were a vital, sexually-liberating alternative to the bar scene during the pre- and post-Stonewall period. Although not operated by the Mafia, Ostrow, employees, and patrons were repeatedly subject to police harassment, including over 200 raids. Gay and the Village Voice covered the discrimination, with the Voice reporting that the ad-hoc gay rights group, the “Committee to End Enticement and Entrapment,” sent a large number of “Put an End to Police Abuse” letters to Mayor Lindsay to protest the harassment.

In the early 1970s, Ostrow took advantage of the popularity of the Baths and introduced live entertainment and DJs. On Saturday nights, live performances of emerging acts and well-known entertainers became a destination spot. Most famously, Bette Midler, nicknamed “Bathhouse Betty,” had her start at the Baths, and was soon joined by her towel-clad piano accompanist Barry Manilow. Others who performed included Peter Allen, Cab Calloway, Lesley Gore, Paul Jabara, Andy Kaufman, Larry Kert, Labelle, the Manhattan Transfer, Melba Moore, Freda Payne, Phoebe Snow, and Sarah Vaughn. A gay guide book at the time reported that the Contintenal was:

An institution like none other…It seems to me tomorrow they’ll take over the whole Ansonia and then may spread to Lincoln Center. Why not, most of the time the Continental theatre is better!

In 1973, former Metropolitan Opera soprano Eleanor Steber, who lived in the Ansonia, recorded Live at the Continenal Baths, with patrons clad in black towels, in lieu of formalwear; the towels were also featured for sale at Bloomingdales.

Its popularity inspired various film and stage productions. The 1975 “Saturday Night at the Baths” was filmed on location, featuring Ostrow and Don Scotti, the then-manager of the Baths. The same year, “The Ritz,” by playwright Terrance McNally and loosely based on the Baths, opened on Broadway (later turned into a film), which was one of the first plays with unapologetic gay characters to reach a mainstream audience.

Over time attendance of the core crowd decreased, some attributing it to the Baths becoming more of an entertainment venue for straight patrons than a place for casual sex, and the facilities grew dilapidated and drug use increased. This coincided with the opening of a number of other gay and gay-friendly dance venues, including Flamingo, the Gallery, and Le Jardin.

In 1976, the Baths officially closed and the following year, Plato’s Retreat, a members-only sex club catering to straight and bisexual couples, opened in the space.