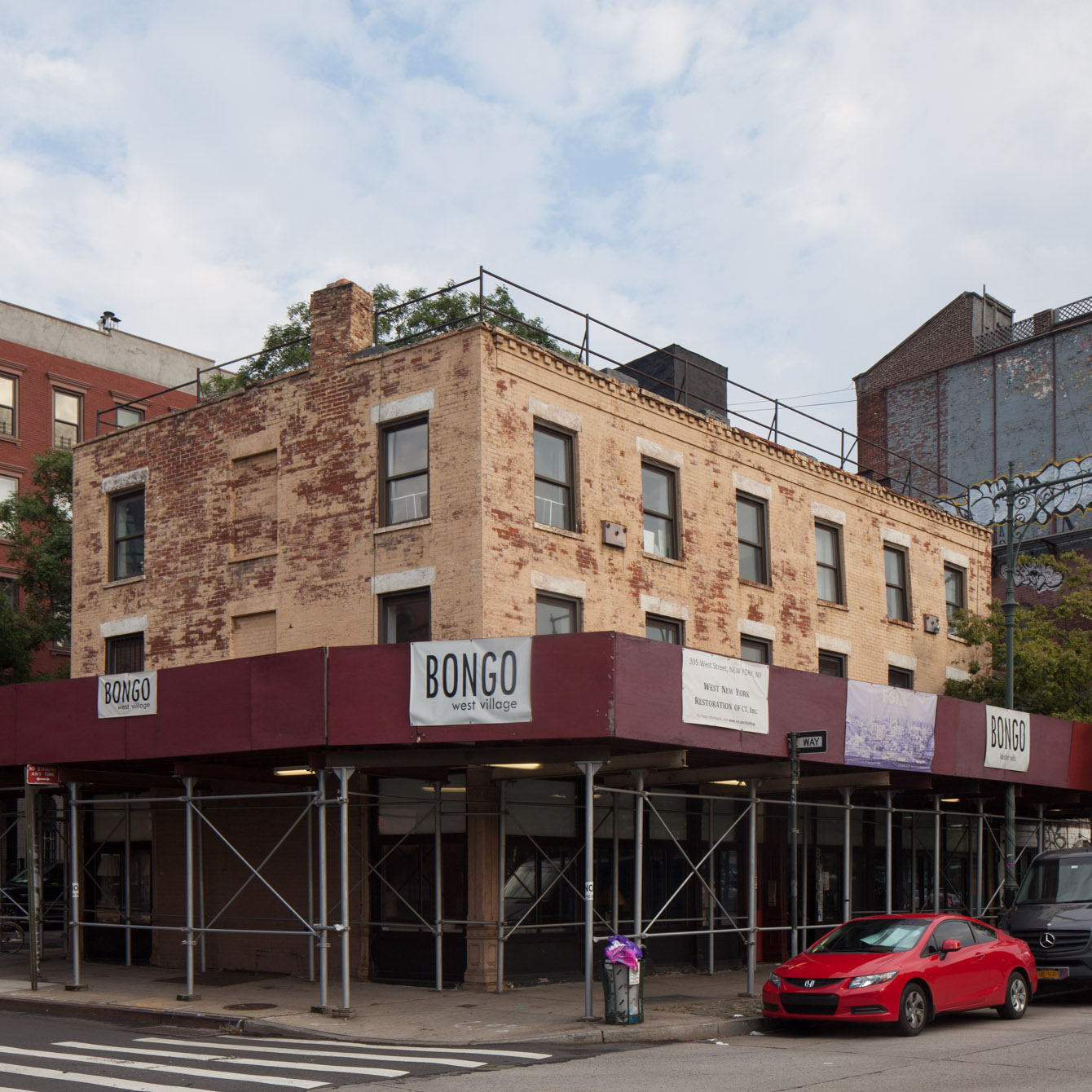 The Ramrod on the Hudson River waterfront was one of New York’s most popular leather bars in the 1970s.

It was the site of one of Greenwich Village’s most notoriously homophobic crimes in 1980. 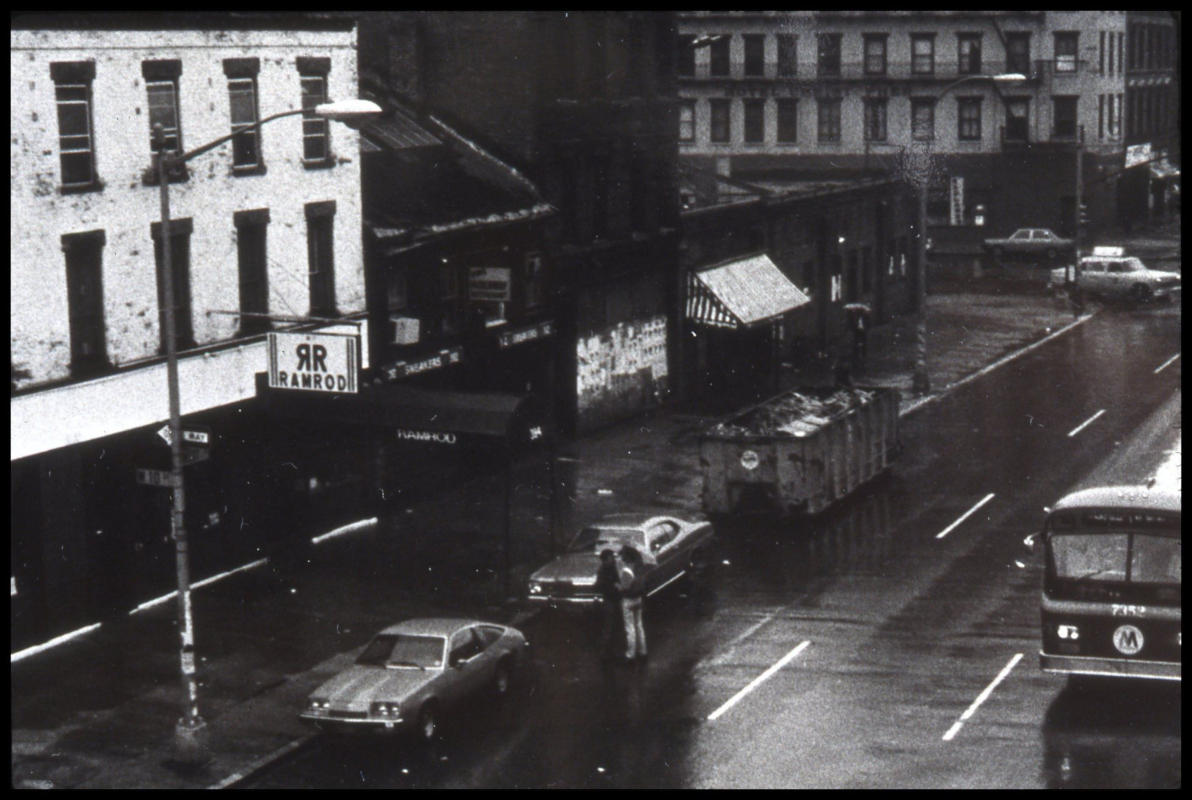 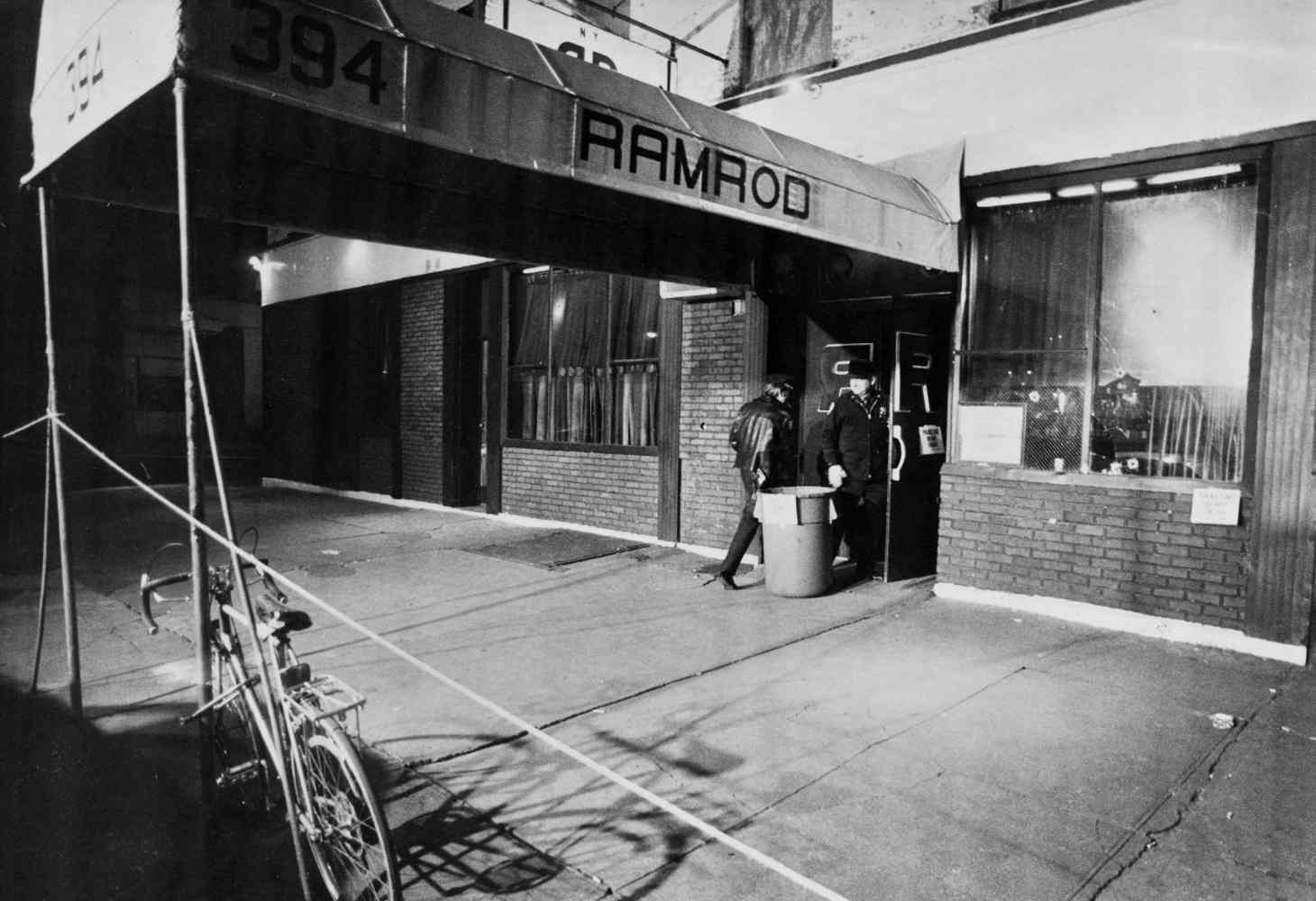 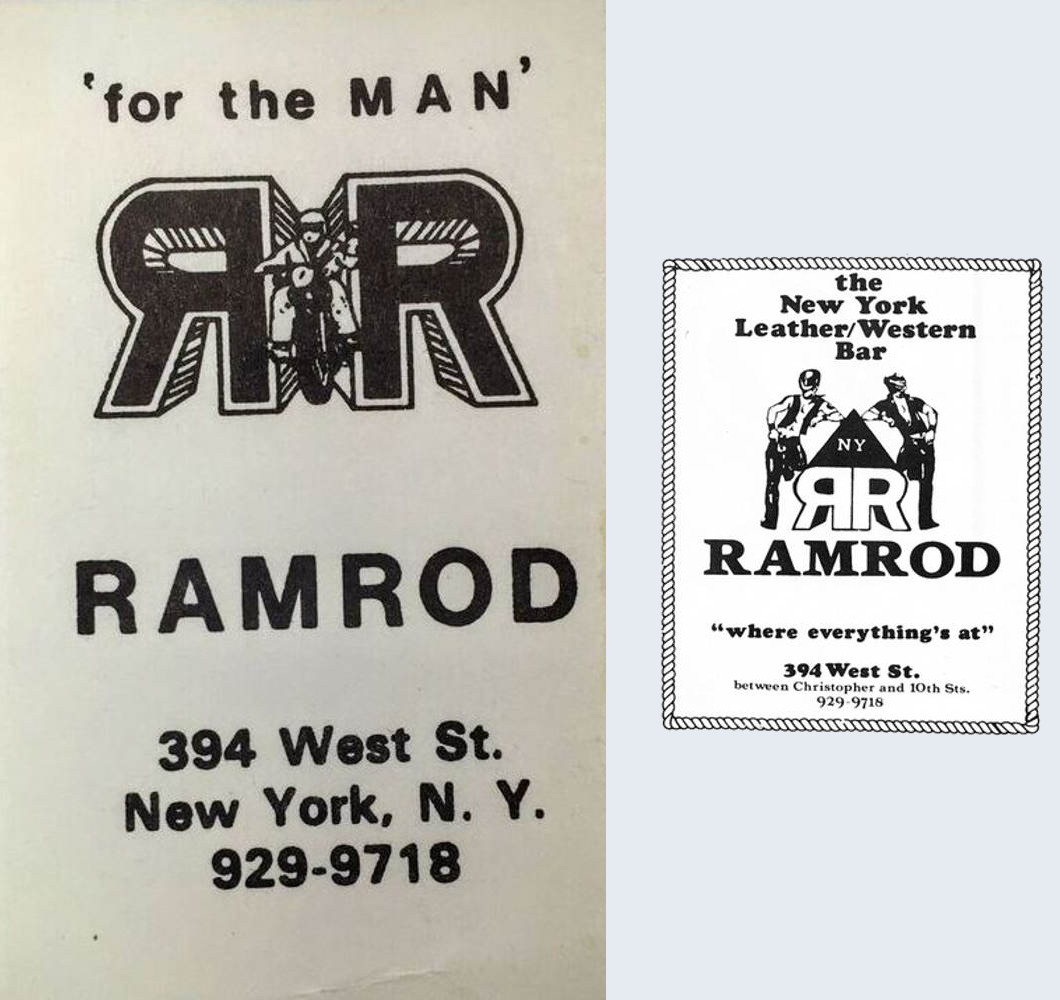 Ramrod bar card and ad. Card is part of the collection of the NYC LGBT Historic Sites Project. 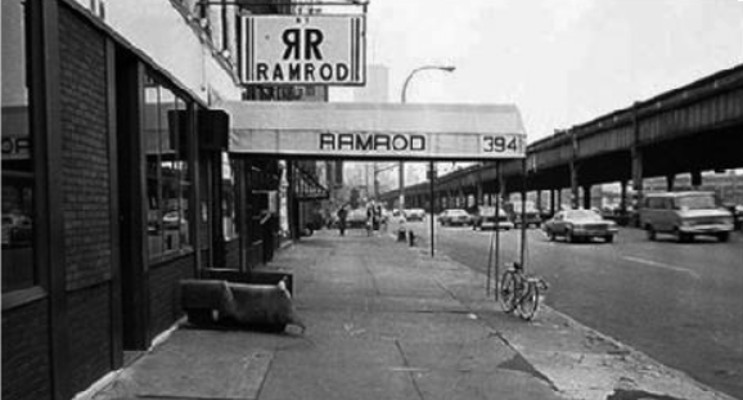 Village People in front of the Ramrod, 1978. From the music video for “YMCA.” Source unknown. 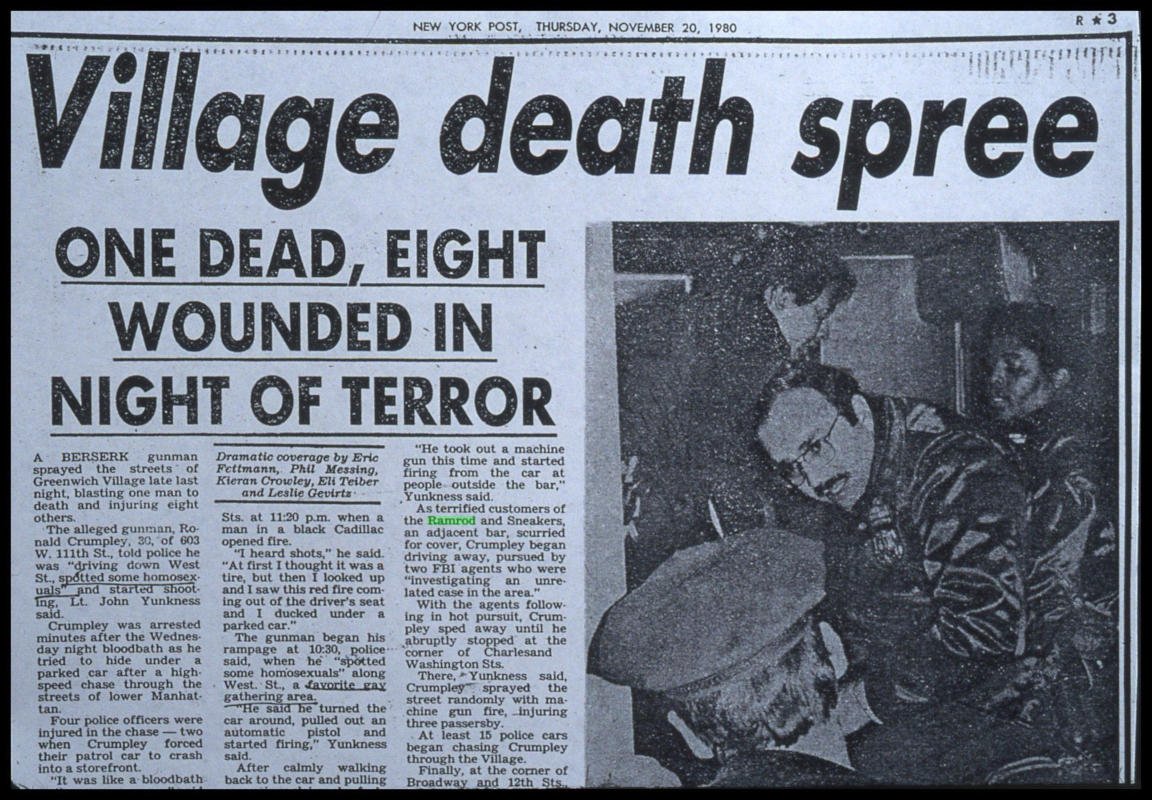 The June 1969 rebellion by patrons of the Stonewall bar against police harassment helped to launch a renewed and more activist national gay rights movement. It also helped make Christopher Street the social and cultural center of New York’s LGBT community. By the early 1970s, the western end of Christopher Street and the adjacent blocks along West and Weehawken Streets, long established with seamen-oriented waterfront taverns, became a nucleus for bars catering to a gay male clientele.

One of New York’s most popular leather bars was the Ramrod, which operated here from around 1973 to 1980. It was the site of one of Greenwich Village’s most notoriously homophobic crimes, when, on November 19, 1980, a former transit officer fired into the bar, killing two men and wounding six others. 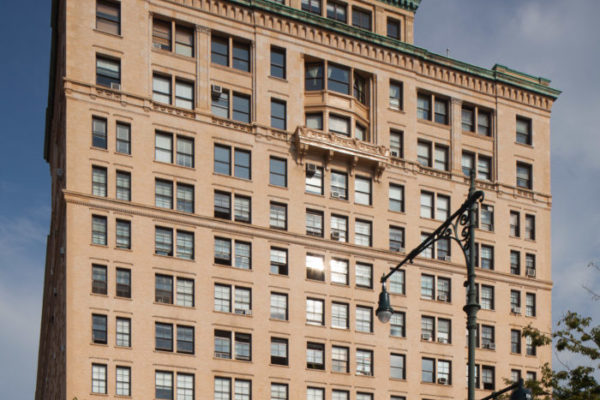