Another pioneering homophile group for lesbians, the New York Chapter of the Daughters of Bilitis, shared office space with Mattachine soon after its founding in 1958, until September 1961. Notice for the Mattachine Forum in the Village Voice newspaper, April 13, 1967 Postcard addressed to the Mattachine Society right after they moved to 1133 Broadway. Courtesy of The New York Public Library.

Frank Kameny with protest signs (including one from the Mattachine Society at left), June 2009. Source: upclosed.com Barbara Gittings working on the Daughters of Bilitis New York Newsletter at her place of work in Philadelphia, 1962. Photo by Kay Lahusen (also sometimes credited under her pseudonym, Kay Tobin). Courtesy of The New York Public Library. Barbara Gittings’s autograph on a page from "Before Stonewall: Activists for Gay and Lesbian Rights in Historical Context," edited by Vern L. Bullough (2002). Collection of Jay Shockley. Flyer for a 1963 ECHO convention in Philadelphia. Source unknown. In the nearly two decades prior to the 1969 Stonewall rebellion, the Mattachine Society and the Daughters of Bilitis (DOB) – both founded in California, in 1951 and 1955, respectively – were early and leading American homophile groups. The term “homophile” was then in common use for gay and lesbian organizations. In the conservative post-World War II era they were considered quite radical for campaigning for the rights of gay men and lesbians to simply exist openly in society without fear of arrest or persecution.

Mattachine Society Inc. of New York
The Mattachine Foundation, the original, secret group that became the earliest sustained national American gay rights organization, was founded in Los Angeles in 1951 by Harry Hay and others. Its early leadership was replaced in 1953, and the Foundation was dissolved. The Mattachine Society was then incorporated in March 1954 as an open national organization with headquarters in San Francisco, and regional “area councils” were formed elsewhere. The New York Area Council of the Mattachine Society, Inc., the fifth such council nationally, was started on December 10, 1955, by Tony Segura and Sam Morford at Morford’s apartment in Greenwich Village. From February 1956 until June 1957, the group’s general meetings were held at Avlon Studios in the Lyric Theater building on West 43rd Street, followed by an office in 1183 Sixth Avenue (demolished). Starting in 1957, a serious rift developed between the New York Council and San Francisco that contributed to the eventual demise of the national organization.

The New York Council of Mattachine moved to an office in 1133 Broadway by December 1958 (originally Suite 409; by February 1959 in Suite 304; in 1964 in Room 516; and later in Rooms 410-411-412). In 1958, Dorr Jones (1934-2000) became chairman of the Council. Born in Michigan, Jones attended the Rudolph Schaeffer School of Design in New York City, became an interior designer, and moved to San Francisco in 1959. Art Maule was then chairman in 1958-59, followed by Al de Dion (a pseudonym), a Brooklynite of French-Canadian heritage who had served in the military in World War II. These men all continued the Council as a solely social, educational, and research organization, and not one that would get politically involved or allow attention to be focused on its members.

The national Mattachine organization was dissolved in 1961, and the councils became independent. The Mattachine Society of New York name was in use by September 1961, and it was incorporated on December 28 of that year. New York Mattachine presidents included Curtis Dewees (1962-63), Paul Speier (1963), and Julian C. Hodges (1964-65), the latter two becoming more open to the group being more politically involved. By 1964, three of the most iconic, and “militant,” figures of New York Mattachine were working together – Randy Wicker, Craig Rodwell, and Dick Leitsch.

Under the innovative, and more political, leadership of Leitsch, who served as president from 1965 to 1970, Mattachine New York challenged the State Liquor Authority’s ban on serving gay people at the famous “Sip-In” at Julius’ bar in April 1966, and worked to stop police entrapment of gay men. Leitsch also attempted to begin documenting employment discrimination against LGBT individuals. Mattachine worked behind the scenes with political officials, such as Mayor John V. Lindsay and Commission on Human Rights chairman William H. Booth, to reduce oppressive policies against the community. These actions helped to improve the lives of LGBT New Yorkers and paved the way for future political work.

Leitsch terminated the lease at 1133 Broadway due to a rent increase, deteriorated office conditions, and the fact that there was no access after 7:00 p.m.

New York Chapter of the Daughters of Bilitis
The national organization of the Daughters of Bilitis (DOB), founded by Del Martin and Phyllis Lyon in 1955 as the first lesbian organization in the homophile movement, disbanded in 1969 but chapters continued to operate across the country into the 1970s. This included the New York chapter, established in 1958 by Barbara Gittings, of Philadelphia, and Marion Glass, of New York. Its formative meeting was on September 7, 1958, at Mattachine’s office at 1183 Sixth Avenue, held during a Mattachine convention in New York. Martin and Lyon had put out the notice for any women interested in attending, and nine participated. Soon after its founding, DOB New York shared Mattachine’s new office space at 1133 Broadway, until September 1961. The group held meetings twice monthly.

Among the important issues DOB raised were the roles of government, religion, and psychiatry as major agents of oppression against the LGBT community. Gittings, DOB chapter president for its first three years, called on libraries to be positive forces for change by offering appropriate books for young people grappling with their sexuality. Gittings started the group’s Newsletter in 1959. The first DOB New York secretary was Jody Shotwell (a pseudonym), of Philadelphia, while the treasurer was Mary Dorn (a pseudonym; she was also the first treasurer of Mattachine’s New York Council).

East Coast Homophile Organizations
By at least 1965, East Coast Homophile Organizations (ECHO) shared Mattachine’s offices. This was due to the fact that its conference in September of that year was in New York, at the Barbizon-Plaza Hotel, and that Leitsch was the conference coordinator. Founded in 1963, ECHO was the first regional American federation of gay rights groups. ECHO sponsored the famous July 4th Annual Reminders at Independence Hall in Philadelphia from 1965 to 1969. Among the earliest significant LGBT protests in the United States, these were held to highlight the community’s lack of basic civil rights. 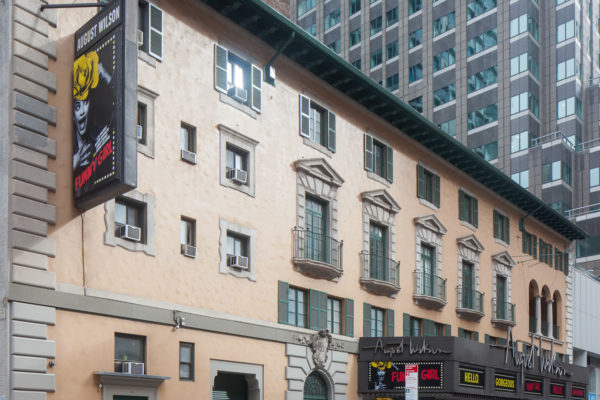