Completed in 1930, the Barbizon-Plaza Hotel was the first residential hotel equipped as a music and arts center in the United States.

Three pioneering homophile groups — Mattachine Society, Daughters of Bilitis, and East Coast Homophile Organizations — also utilized the Barbizon-Plaza Hotel for conferences and events that attracted leaders of the homophile movement from across the nation in the late 1950s and mid-1960s. 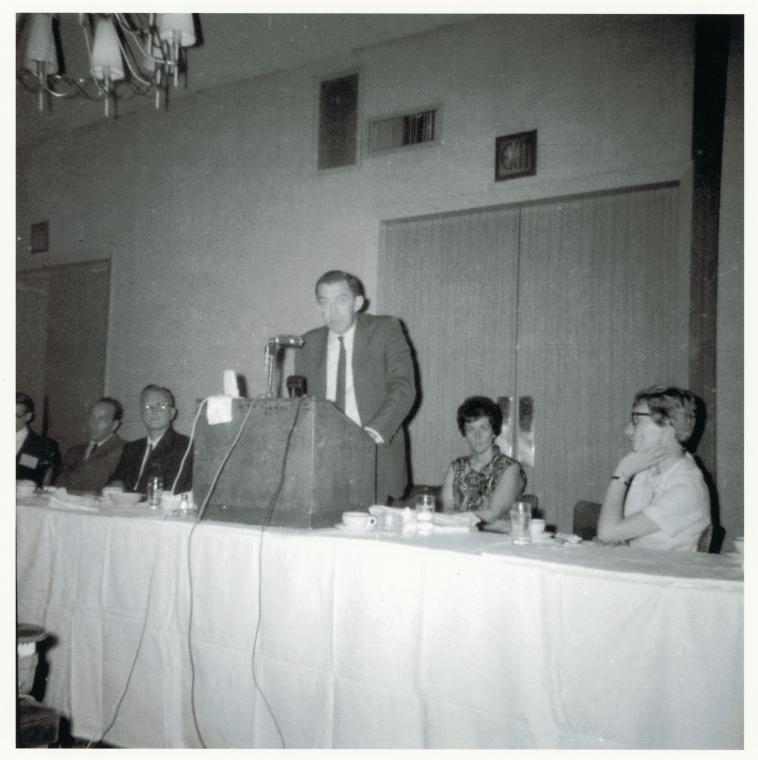 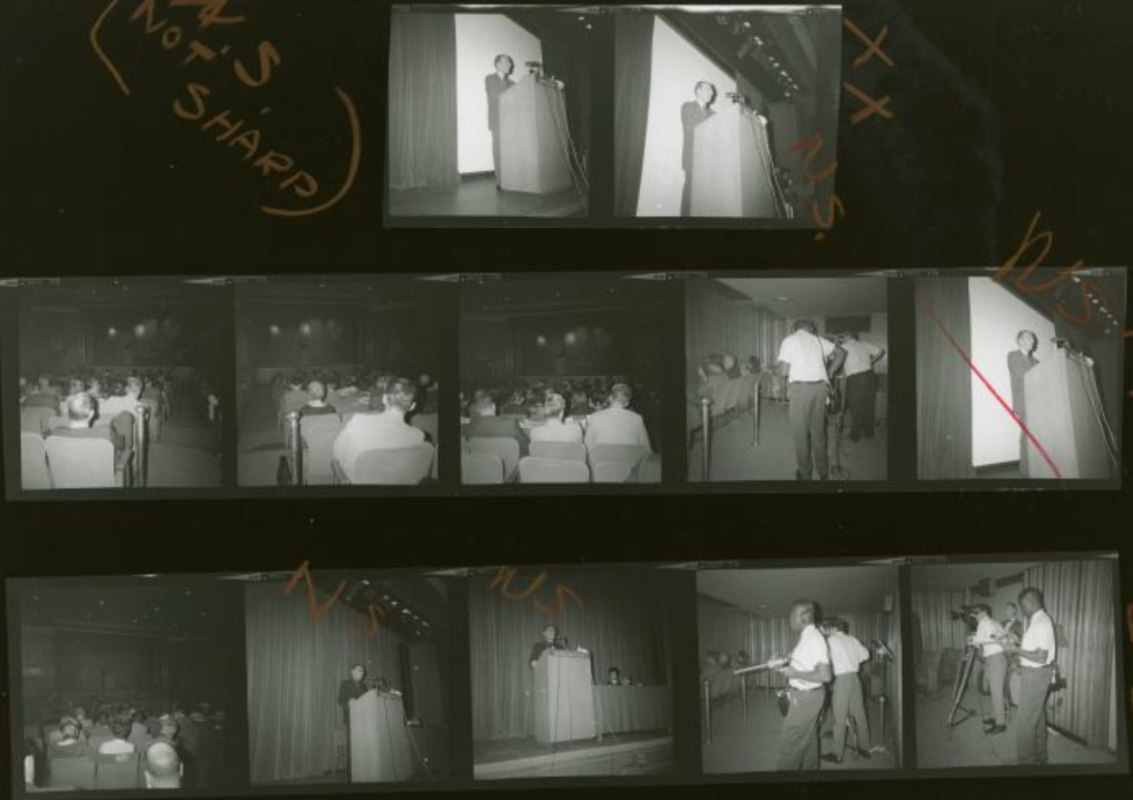 The Barbizon-Plaza Hotel was built as the co-ed counterpart to the Barbizon Hotel for Women on East 63rd Street. Named after the school of French artists near the forest of Fontainebleau, these hotels attracted visitors who worked in the arts. The Barbizon-Plaza Hotel contained artist studios, two concert auditoriums, performance halls, and exhibition salons, serving as the first fully-equipped music and arts residential center in the country.

Starting in the late 1950s, the Barbizon-Plaza hosted a number of prominent homophile organizations seeking equal rights for all people regardless of sex or sexuality. Three major homophile conferences occurred here: the Mattachine Society’s fifth national convention (1958), the Daughters of Bilitis’ (DOB) third biennial convention (1964), and the East Coast Homophile Organizations’ (ECHO) conference (1965). These conferences welcomed openly gay homophile movement leaders, heterosexual supporters, and individuals who were not yet out publicly.

The Mattachine Society convention at the Barbizon-Plaza, also attended by DOB members, took place on August 30, 1958. Speakers included Dr. Theodore S. Weiss on “The Sexual Deviate in New York City”; Judge Morris Ploscowe on “The Law and the Sex Deviate”; and, Sara Harris on “The New York Vice Squad.” Kinsey Report co-author Dr. Wardell B. Pomeroy spoke at a post-conference event. The Mattachine Society continued to host events at the Barbizon-Plaza after this convention, including a fund drive dinner in 1965 and their 10th anniversary party in 1966.

DOB held the opening day of their conference entitled “The Threshold of the Future” at the Barbizon-Plaza on June 20, 1964. They intended to host this conference at the Hotel New Yorker; however, after the FBI identified this hotel as the location of DOB’s conference they moved to the Barbizon-Plaza. According to DOB co-founder Del Martin, the FBI “never caught up with us” despite conference coverage in the New York Times. About 100 people attended, hearing speakers such as homophile movement leader Edward Sagarin who presented under the pseudonym Donald Webster Cory, DOB president Cleo Glenn, and psychologist Dr. Ernest van den Haag. Speakers from the 1958 Mattachine conference, including Dr. Pomeroy and Reverend C. Edward Egan, also presented here.

ECHO, a coalition group founded in 1962, hosted “The Homosexual Citizen in the Great Society” from September 25-26, 1965. Attended by over 150 people and nationwide leaders of 12 homophile organizations, this event was then the largest gathering of homophile representatives and allowed these groups to collaborate and develop movement strategies.

A small group of daring revolutionaries rented the auditorium of the Barbizon Hotel in Midtown Manhattan for a meeting of the East Coast Homophile Organization[s]- a name that does not resonate today- but the group was the one that changed the course of LGBTQ history four years before the Stonewall Rebellion.

The Ladder, the primary publication of the DOB, commented that ECHO conference attendees were “spirited,” giving speakers Gilbert Cantor, Frank Kameny, and George Weinberg standing ovations. This conference increased recognition of the homophile movement, as CBS gathered footage for its 1967 documentary “The Homosexuals” here and ABC interviewed ECHO coordinator and Mattachine president Dick Leitsch for ECHO’s first coverage on a major news network during prime time. Unlike previous homophile events, this conference garnered positive police involvement. After an individual threatened to “break up that queer convention,” causing ECHO to move the event from the Biltmore Hotel to the Barbizon-Plaza, a police sergeant guarded the conference to protect attendees from harassment.

The hotel was converted into high-end condominiums in 1988.

This entry was written by project consultant Emily Kahn.