Premiering here in 1959 was Lorraine Hansberry’s groundbreaking play A Raisin in the Sun, the first work on Broadway (for an extended run) by an African American woman and winner of the New York Drama Critics’ Circle Award. Playbill cover for The Consul, by Gian-Carlo Menotti, 1950. Deborah Kerr and John Kerr with Robert Anderson, playwright of Tea and Sympathy, 1953. Lorraine Hansberry and a poster for A Raisin in the Sun, 1959. Source: This Day in Quotes.com. Playbill cover for The West Side Waltz, 1965, signed by Katharine Hepburn. Source NateDSanders.com. Playbill cover for The Tale of the Allergist's Wife, by Charles Busch, 2000.

Early 20th-century censors, excited about “controversial” subjects being explored in New York’s theaters, focused mainly on sexuality – in particular, homosexuality and interracial relationships. In 1927, the New York Legislature passed the Wales Padlock Law, which made it illegal “depicting or dealing with, the subject of sex degeneracy, or sex perversion,” and offending theaters could be closed. (Similarly, Hollywood movies were subjected to the infamous Motion Picture Production (Hays) Code of 1930.)

Although the New York law was not often enforced, and was protested by the theater community, it had a huge and censorious effect on the Broadway stage. Despite the law, which remained on the books until 1967, lesbian and gay characters did manage to make it to Broadway, often in the works of lesbian and gay playwrights.

At the Ethel Barrymore Theater, for instance, there were a number of important productions with subtle gay themes:

Other LGBT-associated productions that were big hits at the Barrymore included:

Other shows by LGBT creators and with LGBT performers at the Barrymore also included: 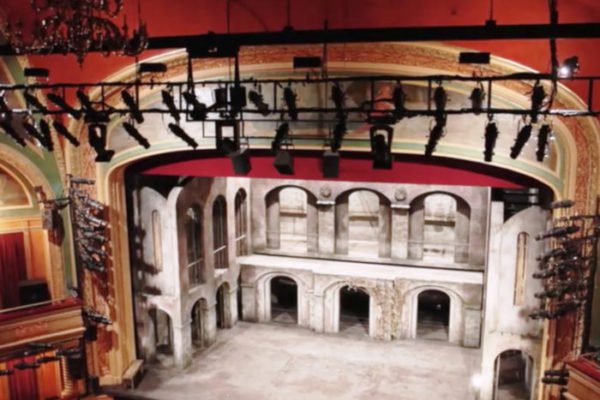