In the 19th and 20th centuries, gay and lesbian bars and clubs were subject to various oppressive forms of social control. At first, there were the police and religiously-affiliated individuals and groups, such as the New York Society for the Suppression of Vice that dictated morality and raided bars and clubs.

After the end of Prohibition and the creation of the New York State Liquor Authority (SLA), gay and lesbian bars and clubs came to be controlled by the Mafia. They were subject to routine police raids, with establishments like the Sea Colony, a 1950s-60s lesbian bar, raided weekly. The Mattachine Society’s 1966 “Sip-In” at the gay bar Julius’ sought to bring media attention to this kind of discrimination.

This curated collection features gay and lesbian bars and clubs in New York City that were raided by the police or shut down (or were attempted to be) by the likes of the SLA, moral reformers, and others. From June 28 to July 3, 1969, LGBT patrons of the Stonewall Inn and members of the local community took the unusual action of fighting back during a routine police... Learn More In 1970, less than a year after Stonewall, the police raided the Snake Pit bar and detained many people at the local police station. After one person attempted to escape... Learn More

In the early 1890s, The Slide on Bleecker Street was known as New York’s “worst dive” for its “fairies,” young men who solicited other men. It was closed by the... Learn More This building was the location of the Black Rabbit, a club where “fairies” – young men who solicited male patrons – caught the attention of vice squads. It was one... Learn More 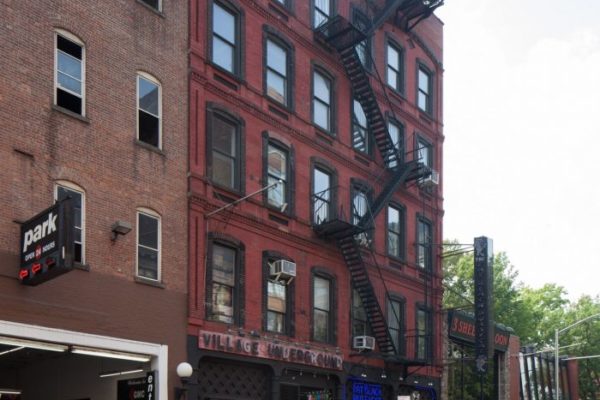 Tony Pastor’s Downtown, in business from 1939 to 1967, had a mixed clientele of lesbians and tourists, and some gay men. It had shows of female impersonators (a term used... Learn More 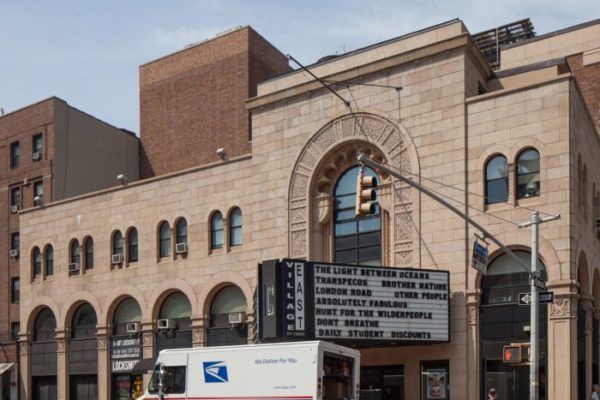 The Louis N. Jaffe Art Theater, a former Yiddish theater, was the location of the Mafia-controlled Club 181 (1945-51), known for its lavish shows of “female impersonators” (a term used... Learn More Stewart’s Cafeteria, later the Life Cafeteria, was located in this Greenwich Village building in the 1930s and attracted a bohemian and gay and lesbian following. The large plate glass windows... Learn More

Eve Adams, the name adopted by a Polish-Jewish lesbian émigré, operated a popular gay and lesbian tearoom near Washington Square in Greenwich Village from 1925 to 1926. It closed when... Learn More

On April 21, 1966, a “Sip-In” was organized by members of the Mattachine Society, one of the country’s earliest gay rights organizations, to challenge the State Liquor Authority’s discriminatory policy... Learn More

The Fifth Avenue Bar, located in the Stanwood Cafeteria, operated in the Dorilton Apartments from c. 1940 to 1956. A 1953 New York court decision, regarding the revoking of the... Learn More

From 1962 to 1963 the Height’s Supper Club was one of the first bars in Brooklyn to cater to a gay male clientele. After the State Liquor Authority revoked its... Learn More The commercial space of this building held several lesbian bars from the 1970s to the 1990s, beginning with the Duchess in 1972. Pandora’s Box, the last lesbian bar to occupy... Learn More By at least 1955 through the 1960s, the Sea Colony was one of the most popular lesbian bars in Greenwich Village. A favorite of author and activist Joan Nestle, among... Learn More

The Everard Baths, one of the most legendary of New York’s bathhouses, was a refuge for gay men probably since its opening in 1888, but definitely by World War I. As... Learn More