Stewart’s Cafeteria, later the Life Cafeteria, was located in this Greenwich Village building in the 1930s and attracted a bohemian and gay and lesbian following.

The large plate glass windows put gay life on full display to the late-night crowds who frequented this busy intersection. Life Cafeteria, Greenwich Village, 1936. Painted by Vincent La Gambina. Courtesy of the Museum of the City of New York. 88.10.1 In the early 20th century, Greenwich Village evolved from a backwater to an amusement district. Municipal improvements included the opening of Seventh Avenue South, lined with low-rise buildings. The intersection of West 4th Street and Seventh Avenue, at the new Christopher Street subway stop, became a destination for nightlife.

This location became a popular haunt of the bohemian and LGBT crowd, and a place where gay life was publicly on display rather than covert. It also served as a point of entry into a gay world for those just coming out of the closet. Patrons and tourists embraced the spectacle with crowds outside, sometimes three to four deep, peering at the “dykes, fags, pansies, [and] lesbians” as one voyeur described the scene.

In 1935 the manager of Stewart’s was convicted of operating a “public nuisance” and “disorderly house” and “openly outraging public decency” by allowing objectionable behavior in the interior and large crowds to gather outside. Specifically, the district attorney’s complaint cited “certain persons of the homosexual type and certain persons of the Lesbian type, to remain therein and engage in acts of sapphism and divers [sic] other lewd, obscene, indecent and disgusting acts” and that the cafeteria was “used as a rendezvous for perverts, degenerates, homosexuals and other evil-disposed persons.” Much of the testimony centered on the gender non-conforming dress and behavior of the patrons.

…a cafeteria, [at Sheridan Square], curiously enough is one of the few obviously Bohemian spots in the Village, and evening, the most conventional occupy tables in one section of the room and watch the “show” of eccentrics on the other side.

WPA Guide to New York City, likely about Stewart's or the Life Cafeteria, 1939

Artist Paul Cadmus depicted Stewart’s in his sexually charged painting Greenwich Village Cafeteria (1934), which includes the beckoning glance of a man heading to the bathroom.

Stewart’s closed in the mid-1930s and was subsequently reopened as the equally popular Life Cafeteria. Regulars included a young Tennessee Williams and Marlon Brando (though they didn’t meet each other until years later on a beach in Provincetown). Of the space, Brando later recalled, “The rednecks [on the street] were pointing at the diners like animals in a zoo. I was immediately intrigued and ventured in. Before I left that afternoon, I discovered that many of the homosexual men were actually putting on a show for the jam [code word for straight people].”

Beginning in the mid-1960s, the Sheridan Square Gym, New York’s first identifiable gay gym, occupied the second floor. Between c. 1971 and 2001, Tiffany Restaurant occupied the former Stewart’s space. The diner, with its pink booths, served a similar function as a “dowdy, low-budget gathering place for a colorful cross section of Villagers,” including David Wojnarowicz and many in the LGBT community. 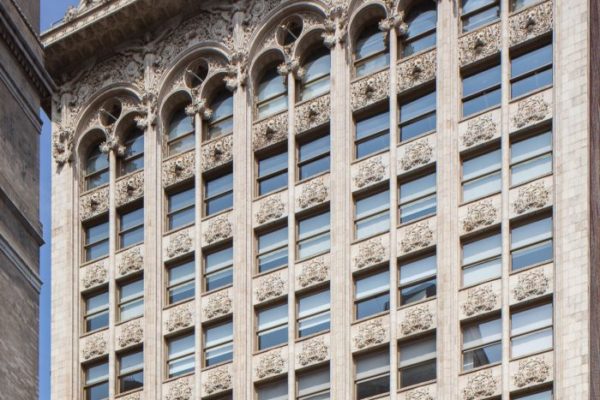 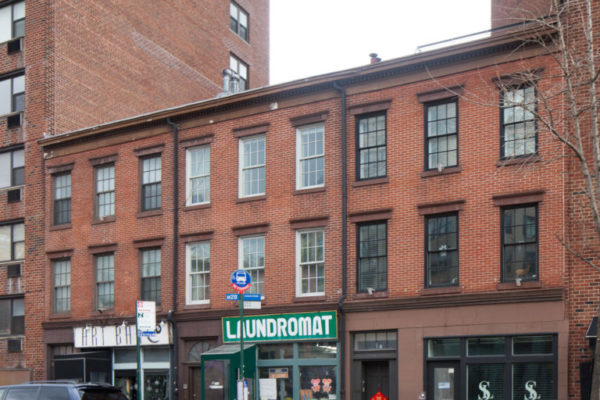