Gay Activists Alliance Zap at the Metropolitan Museum of Art

The first public zap by the Gay Activists Alliance (GAA) occurred on April 13, 1970, in front of the Metropolitan Museum of Art during its 100th anniversary celebration.

This began a series of zaps over the next year protesting Mayor John V. Lindsay’s refusal to take a public stance on gay rights issues. Marty Robinson detained by police at the Metropolitan Museum of Art Zap. Source: GAY, May 4, 1970. On April 13, 1970, the Metropolitan Museum of Art was celebrating its 100th anniversary. Mayor John V. Lindsay was invited to participate in a morning ceremony on the front steps that also inaugurated the new fountain in front of the museum. The Gay Activists Alliance (GAA) was furious over the police raid at the Snake Pit on March 8, and had been trying without success to engage the mayor over the issues of police harassment of, and job discrimination against, the LGBT community. GAA decided to confront Lindsay at the museum in its first public zap. (See our curated theme for background on the “zap” tactic.)

We were going to disrupt Mayor Lindsay’s personal life and the personal life of his family as a result of the political consequences of his administration. So we decided that every time he appeared in public or every time that we could get to him, we would make life as personally uncomfortable for him as we could and remind him of the reason why.

Marty Robinson briefly interrupted Lindsay’s museum speech, but was pulled away by police. After the ceremony, the mayor was handed a GAA flyer, and GAA president Jim Owles said to him, “You have our leaflet. Now when the hell are you going to speak to homosexuals?” About fifteen GAA members with leaflets, including Arthur Bell, Arthur Evans, and Morty Manford, also managed to join the receiving line inside the museum and individually continued to confront Lindsay. At no point did the mayor respond or comment on gay rights.

Related GAA Zaps Against Lindsay
Six days later, on April 19, 1970, about 40 GAA members infiltrated the taping of the TV show “With Mayor Lindsay” at WNEW-TV’s studios at 205 East 67th Street. Forming one third of the audience, GAA continually interrupted the show, to the exasperation of Lindsay and guest Arthur Godfrey. The disruptions were edited out of the broadcast, but Owles and Robinson were invited back the next night on a news program. This action also prompted a meeting between GAA members and Lindsay administration officials ten days later.

Frustrated by Mayor Lindsay’s continued public silence on LGBT issues, GAA continued its zaps on him in the fall of 1970. As the mayor and his wife Mary entered the lobby of the Metropolitan Opera on its opening night, September 14, 1970, they were confronted by a GAA member who shouted “What are you going to do about ending police harassment of homosexuals?” before being grabbed by police. About 30 GAA members, who had dressed up and infiltrated the opera patrons, chanted “End Police Harassment!” and “Gay Power!” This was noted by the New York Times and several other media outlets.

About 25 GAA members confronted the mayor and his wife again on October 28, 1970, while they were entering the Imperial Theater for a benefit performance of Two by Two. This time, Mary Lindsay lost her temper and assaulted several people by kicking and hitting them, while the mayor attempted to restrain her.

Finally, in May 1971, Lindsay gave in to GAA’s constant pressure, and his office quietly issued a statement in favor of Intro 475 (Clingan-Burden Bill) that had been introduced into the City Council in January to prohibit discrimination based on sexual orientation. 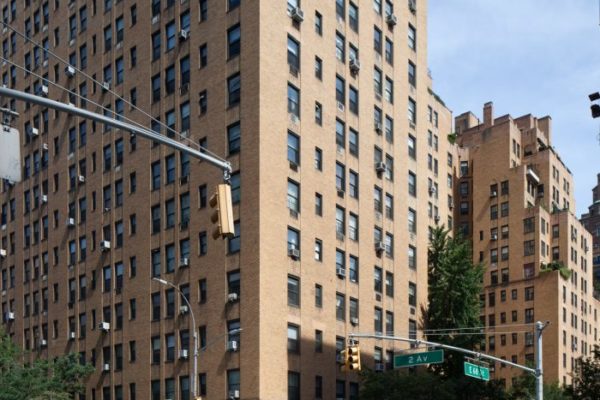