The Metropolitan Opera House opened in 1966 with the production of Antony and Cleopatra, which featured several notable gay theater talent among its major crew members. Screen capture of Samuel Barber, Franco Zeffirelli, and Thomas Schippers taking a bow after the 1966 premiere of Antony and Cleopatra. Source: The Opera House (2017). Opening of the Metropolitan Opera House on the cover of The New York Times, September 17, 1966. Planning for Lincoln Center, one of the world’s major cultural centers, began in the mid-1950s. Ground was broken in 1959 and within a decade six theaters, a school, a library and museum, a fountain, and landscaped parks, all with Modern works of art, had been completed. The complex includes, among others, three main buildings that surround the plaza and fountain: the Metropolitan Opera House, the New York State Theater (now the David H. Koch Theater), and Philharmonic Hall (later Avery Fisher Hall and now David Geffen Hall). These buildings and the Vivian Beaumont Theater, the New York Public Library for the Performing Arts, and the Juilliard School were designed by leading American architects and all are faced in Italian travertine. Damrosch Park is located at the southwest corner.

The Metropolitan Opera House opened on September 16, 1966, with the world premiere of Samuel Barber’s Antony and Cleopatra in a controversial production by Franco Zeffirelli, who not only wrote the libretto and directed, but also designed the lavish sets and costumes. The production was conducted by Thomas Schippers and choreographed by Alvin Ailey.

For over forty years, beginning in 1976, the Met reached new musical heights under the baton of music director James Levine, who was suspended by the Met in December 2017 for sexual assault allegations. 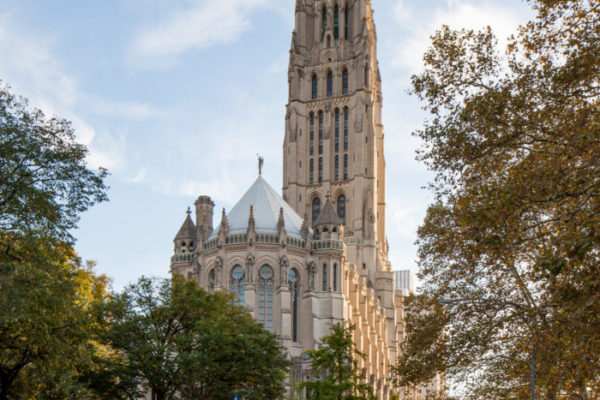