also known as the Lesbian Center

The Daughters of Bilitis Center was the first exclusively lesbian center in New York City and one of the first two in the country.

The Center operated in a second floor loft at 141 Prince Street from January to September 1971 before moving briefly to 49 East 1st Street, serving as a meeting space for the New York chapter of the Daughters of Bilitis and other lesbian organizations and as an alternative social space to Mafia bars. (l to r) Ellen Povill, Ruth Simpson (then president of the New York chapter of the Daughters of Bilitis), and Eileen Webb at the DOB Center, 141 Prince Street, 1971. Photo by Kay Lahusen (also sometimes credited under her pseudonym, Kay Tobin). Courtesy of the Manuscripts and Archives Division, The New York Public Library. Ruth Simpson, then president of the New York chapter of the Daughters of Bilitis, at what may be the DOB Center, c. 1971 (the back of the photo notes that she is at a "meeting of the organization"). Photo by Diana Davies. Courtesy of the Manuscripts and Archives Division, The New York Public Library. Cover page of The Lesbian Newsletter, published by the New York chapter of the Daughters of Bilitis, showing the address of the DOB Center, August 1971. Source: Archives of Sexuality and Gender. Ruth Simpson, president of the New York chapter of DOB, in a March 1971 photo appearing in the New York Times. Ti-Grace Atkinson speaking at the opening of the DOB Center, in a March 1971 photo appearing in the New York Times. Florynce Kennedy, who also spoke at the opening of and led feminist workshops at the DOB Center, in a March 1971 photo appearing in the New York Times. Hand-drawn map of the DOB Center at 141 Prince Street, appearing in DOB's newsletter, December 1970. Source: Archives of Sexuality and Gender. c. 1980s tax photo of 141 Prince Street. Photo by the NYC Department of Taxes. Courtesy of the NYC Municipal Archives. The national organization of the Daughters of Bilitis (DOB), founded by Del Martin and Phyllis Lyon in 1955 as the first lesbian organization in the homophile movement, disbanded in 1969 but chapters continued to operate across the country into the 1970s. This included the New York chapter, established in 1958 by Barbara Gittings and Marion Glass. In January 1971, the chapter, whose president was then Ruth Simpson, opened the first lesbian center in New York City. The DOB Center and a similar space in Los Angeles were the first lesbian centers in the country, facilitating social, political, and organizational events.

The DOB Center was not DOB’s first meeting place, but it appears to have been the first comprehensive space of its own for organizational meetings and extensive social gatherings that could accommodate high numbers of women. Before moving to the 4,000 square-foot, second floor loft at 141 Prince Street in SoHo, DOB operated out of five official locations: 1133 Broadway with the Mattachine Society (1958-61), 30 Charlton Street (c. September 1963-March 1964), 441 West 28th Street (March 1964-March 1966), 27 West 28th Street (March 1966-January 1968), and the Corduroy Club (1968-January 1971). Having experienced police harassment and discrimination at each prior location, DOB looked at 70 lofts before finding a suitable space with a landlord who would rent to lesbians. Gay Activists Alliance (GAA) had considered this space for its center before leasing a firehouse less than one block away. DOB women completed the renovations to partition the loft into a meeting hall, kitchen, office-library, and dance room, decorated in the official DOB colors (red and white).

Although DOB was considered conservative as compared to newly-formed groups of the Gay Liberation Movement, the Center and organization attracted a diverse group of women. In 1971, the New York chapter had approximately 400 members, including about 60 Black members, ranging in age from 18 to 65. DOB was founded in the pre-Stonewall era when LGBT groups more often met in secret and hid their identities, but the DOB Center, which some groups referred to publicly as the Lesbian Center, represented changing times.

The official opening of the DOB Center was a visible event with press coverage. Guest speakers at the opening included radical feminist author Ti-Grace Atkinson and Black feminist lawyer Florynce Kennedy, who joked at the event, “I dig lesbians. Some of them are my best friends.” Women engaged in discussions of what it meant to be a lesbian. Simpson read letters from young lesbians asking for help coming out and shared her vision for the Center:

The DOB Center was open almost every weeknight and on Sundays. All events were for women only, except for a few meetings with GAA and the Mattachine Society. Attendees of DOB meetings often were greeted by the “kissing squad,” consisting of vice president Ellen Povill and her partner Eileen Webb. Radicalesbians also conducted meetings in the space, and women hosted yoga classes, art shows, rap sessions, communal dinners, and feminist workshops. Dances, complete with a jukebox named Aphrodite, attracted women from other organizations, including Gay Liberation Front, GAA, and Radicalesbians, cementing the Center’s position as an alternative to bars.

Due to conflicts with the landlord, the DOB Center moved to 49 East 1st Street in the East Village from October 1971 to January 1972. The Center likely closed shortly after as DOB lost members to newer and more radical groups in the lesbian liberation movement, many of whom met at the Women’s Liberation Center in Chelsea, and ongoing police harassment. 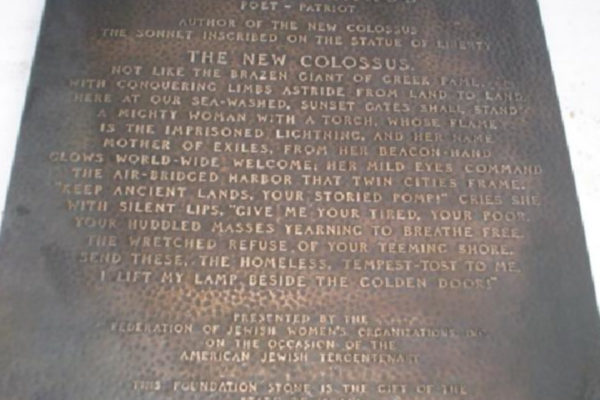