Considered one of the most important artists to emerge after World War II, Robert Rauschenberg was a pioneering American artist known for his radical, collaborative, and multidisciplinary approach to making art.

After purchasing this building in 1965, Rauschenberg converted it into his residence and studio which he retained until his death in 2008. It is currently the home to the Robert Rauschenberg Foundation. Robert Rauschenberg, with Trisha Brown and an unidentified person, in the kitchen of his residence and studio at 381 Lafayette Street, 1982. Photo by Glenn Steigelman. Courtesy of the Robert Rauschenberg Archives, New York. Born in Port Arthur, Texas, Robert Rauschenberg (1925-2008) started making art in the late 1940s and early 1950s. Initially billed as the next great Abstract Expressionist, he took off in a different direction, eschewing the abstract principles behind the movement with the statement “Painting relates to both art and life. Neither can be made. (I try to act in that gap between the two.)” As an artist, Rauschenberg broke new ground by fluidly moving between media and regularly collaborating with choreographers, print-makers, composers, engineers, and artisans, breaking down the boundaries between art, performance, and technology. Artworks he is now particularly remembered for melded painting and sculpture together like never before. This type of work was so radical he had to invent the term “combines” to describe them. At the beginning of his career, Rauschenberg spent several years collaborating with composer John Cage and choreographer Merce Cunnginham, two equally avant-garde figures whose romantic relationship was a role model for Rauschenberg. After divorcing his wife in 1953, Rauschenberg became intimately involved with artist Cy Twombly (who remained a life-long friend) and went on to have a long relationship with artist Jasper Johns from 1956 to 1961. Johns and Rauschenberg had studios one floor apart from each other and would comment on each other’s work daily. It was during this time that Rauschenberg made his most famous artwork, the combine Monogram (1955–59). Combining a stuffed angora goat pushed through a rubber tire and placed atop a horizontal canvas, art critic Robert Hughes called it “one of the few great icons of male homosexual love in modern culture.”

Soho and Noho in downtown Manhattan became magnets for artists looking for cheap space to live and work in the 1960s, ‘70s, and ‘80s. The old warehouses and loft buildings that filled the neighborhoods provided artists with inexpensive and spacious work and living spaces. Rauschenberg was one of the first artists to establish a studio in this area, paving the way for others like Donald Judd, Cindy Sherman, and Robert Mapplethorpe to follow. Rauschenberg purchased the building in 1965, the same year he and Jasper Johns were dubbed the “New Old Masters” by Leo Lerman in Mademoiselle magazine, firmly cementing Rauchenberg’s status in the art world.

Rauschenberg employed architects Giorgio Cavaglieri and Stanley Rapaport to convert the building into his studio and residence in 1966. As one of the central figures of the art world, Rauschenberg made his loft a major social hub and his kitchen was a famed gathering place.

The social scene and network Rauschenberg cultivated at 381 Lafayette Street was era-defining. Philip Glass, Brice and Helen Marden, Roy and Dorothy Lichtenstein, Leo Castelli, and Gordon Matta-Clark were all regular guests. Musician and visual artist Mayo Thompson remembers how “one night there was a party…and [I] thought to myself I could change the art world with a hand grenade…everybody who was there was there.”

Since the artist’s death in 2008, the building has been home to the Robert Rauschenberg Foundation. 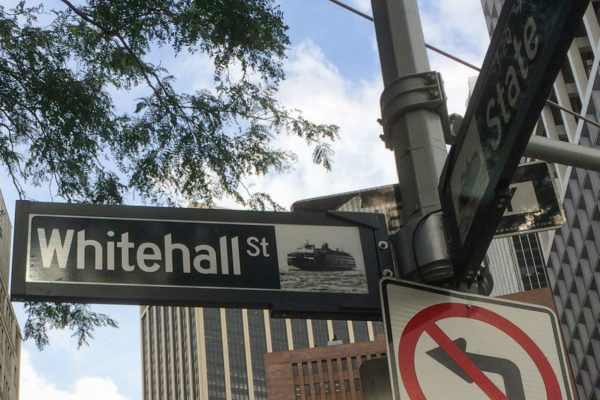