Opened as the Biltmore Theater in 1926 and renamed the Samuel J. Friedman Theater in 2008, this venue has staged multiple productions involving major LGBT performers and creators, including Paul Jabara, Farley Granger, Noel Coward, Florence Klotz, and Claudette Colbert, among others.

Mae West’s Pleasure Man (1928) ran for only two performances here before being raided by police for depicting five female impersonators in the final scene. No Exit (1946), adapted by Paul Bowles, featured a very rare lesbian character on Broadway in the period from World War II to 1975. Playbill cover for Barefoot in the Park, 1963. This venue was originally known as the Biltmore Theater. Despite the Wales Padlock Law (1927), which forbade the depiction of “sex perversion” on stage, and which remained on the books until 1967, lesbian and gay characters did make it onto the Broadway stage at the Biltmore. Mae West’s Pleasure Man, which depicted five female impersonators in the final scene, ran for two weeks in the Bronx and Queens, but was raided by police after only two performances here on October 1 and 2, 1928. No Exit (1946), by Jean-Paul Sartre and adapted by Paul Bowles, featured a very rare lesbian character on Broadway in the period from World War II to 1975. Billy Budd (1951) based on the homoerotic novel by Herman Melville, was directed by Norris Houghton, and starred Charles Nolte as Billy.

Other productions by LGBT creators and with LGBT performers at the Biltmore included: 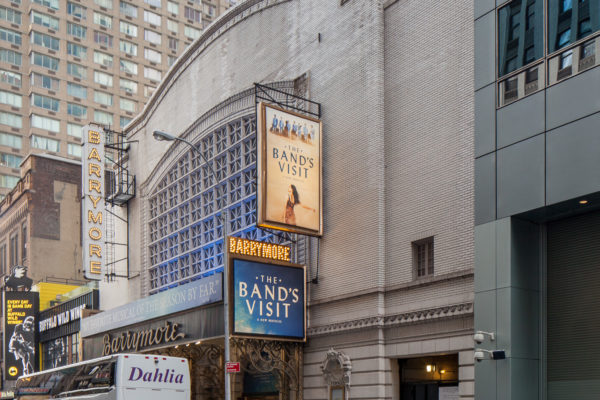