The Oak Room in the famed Plaza Hotel off Central Park was a discreet meeting place for gay businessmen in the early 20th century.

In 1966, the Grand Ballroom played host to gay author Truman Capote’s Black and White Ball, which is widely regarded as one of the defining social events of the 1960s. Cary Grant in the Oak Room during a scene in "North by Northwest" (1959). Source: The Atlantic. Drawing by Leonard Lionni of the Oak Room, appearing in "Holiday" magazine, p. 75, April 1949. From the collection of Andrew Dolkart. The Oak Room at the Plaza, c. 1907. Photo by Byron Company. Courtesy of the Museum of the City of New York. Invitation to Truman Capote's "Black and White Dance" at the Plaza, 1966. Courtesy of the Museum of the City of New York. Admittance card for "Mr. Capote's Dance," 1966. Courtesy of the Museum of the City of New York. (left) "Mask in white and black-dyed coq feathers in shape of intertwining swans" designed by Bill Cunningham (then a milliner) and (right) "Bunny mask of white mink with long ears and pink satin nose" and "Strapless evening dress in black velvet" designed by Halston for Bergdorf Goodman, and worn by actress Candice Bergen, 1966. Courtesy of the Museum of the City of New York. 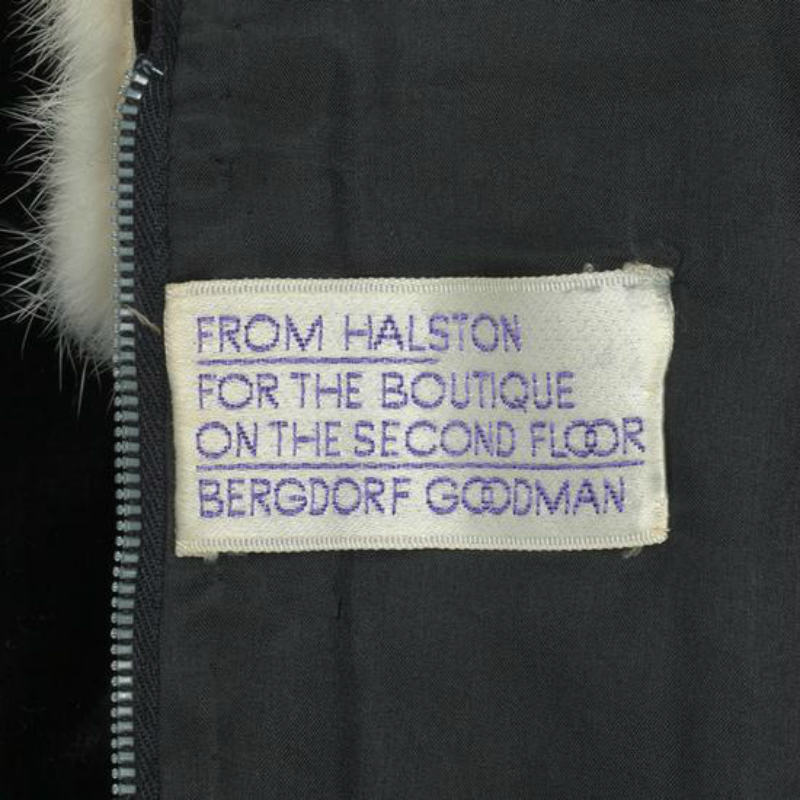 Halston label on dress he designed for Candice Bergen, 1966. Courtesy of the Museum of the City of New York. The Plaza, as seen in the year it opened in 1907. Photo by Byron Company. Courtesy of the Museum of the City of New York.

In the early 20th century, several upscale New York City hotels, such as the Plaza and the Astor (demolished), operated highly respectable bars for businessmen. With their mix of gay and straight male clientele, these social spaces allowed white-collar gay men to meet each other discreetly and also provided an alternative to gay bars that could be subjected to police raids. The Plaza’s sophisticated Oak Room — originally known as the Men’s Bar or Bar Room and, when Prohibition began in 1920, the Café or Lounge — opened in 1907 and was a well-known rendezvous for gay men. According to historian George Chauncey in his book Gay New York, “men were expected to dress well and carry themselves with great discretion.” Chauncey has also noted that men would wear a red tie as a coded message that they were gay. In Alfred Hitchcock’s North by Northwest (1959), star Cary Grant appears in a scene in the Oak Room. Today, the room remains among the best preserved public spaces at the Plaza.

Author Truman Capote regularly lunched at the Plaza with friends. In the Grand Ballroom, he gave his famous Black and White Ball on November 28, 1966, widely regarded as one of the defining social events of the 1960s. Given in honor of Washington Post publisher Katharine Graham and in celebration of Capote’s completion of In Cold Blood, the ball brought together a mix of leaders in the arts; Hollywood, Broadway, New York, Washington, and European society; and some of the Kansans about whom Capote had been interviewing and writing.

I wanted it at The Plaza because I think [the Grand Ballroom is] the only really beautiful ballroom left in the United States.

Another gay legend, Liberace, also had a special affinity with the Plaza, having played the Persian Room, early in his career in 1940 as an intermission pianist, and returning to the room seven years later with his over-sized piano and candelabra.