Author, playwright, and pioneering activist Larry Kramer resided in this Greenwich Village apartment for over three decades, until his death in 2020. His home was the founding location of Gay Men’s Health Crisis (GMHC) and the site of meetings related to gay activism.

LGBT rights activist Edith “Edie” Windsor and her wife Thea Spyer moved into their apartment in 1975. Windsor, who resided here at the time of her death in 2017, was the lead plaintiff in the Supreme Court of the United States case, which overturned Section 3 of the Defense of Marriage Act. Portrait of Larry Kramer with his dog Molly in New York, 1989. Photo by Robert Giard. Courtesy of the New York Public Library. Larry Kramer being interviewed in front of 2 Fifth Avenue, 1982. Source: "Such is Life Videos" on YouTube. Edie Windsor and Thea Spyer. Permission of the Estate of Edie Windsor. The apartment building at 2 Fifth Avenue has been home to several notable LGBT figures who have made impacts in the fields of activism, health, theater, and literature.

Larry Kramer Residence
Larry Kramer (1935-2020) helped catalyze the response to the AIDS epidemic as co-founder of Gay Men’s Health Crisis (GMHC) and the AIDS Coalition to Unleash Power (ACT UP). His literary achievements as playwright include The Normal Heart (1985) and its sequel The Destiny of Me (1992). He was also well known for his controversial book Faggots (1978) and his screenplay of Women in Love (1969). Kramer lived at 2 Fifth Avenue for more than three decades, until his death in 2020.

The origins of GMHC can be traced to Kramer’s living room. Kramer’s call to activism was due to the inadequate response to a then mysterious illness affecting gay men. On August 11, 1981, Kramer convened a group of friends at his apartment, where Dr. Alvin Friedman-Klein discussed a “gay cancer.” The group raised $6,600 for medical research. On January 4, 1982, six men who had been at the earlier meeting officially formed GMHC, the first AIDS service organization in the world. At that meeting they discussed raising funds for research and planned GMHC’s first major event at the Paradise Garage.

On March 10, 1987, Kramer gave an impassioned speech at the LGBT Community Center voicing his frustration with GMHC’s and the LGBT community’s tepid response to the devastation from the AIDS epidemic. Two days later this led to the founding of ACT UP, a grassroots political action group. Its direct-action politics is credited with changing the course of research and treatment, thereby saving people’s lives. Film historian and activist Vito Russo watched the Pride Parade from the balcony of Kramer’s apartment in June 1990, five months before his death from AIDS.

Larry Kramer is one of the greatest leaders in the history of the gay community and gay liberation struggles. His leadership is distinguished by the extent to which he insisted that we first look at ourselves and to ourselves if we really want to help ourselves.

One of Kramer’s neighbors at 2 Fifth Avenue was his nemesis, former Mayor Ed Koch, who lived there after he left office in 1989 until his death in 2013. Koch, who never acknowledged his homosexuality, has been widely criticized for his inaction as mayor during the early critical years of the AIDS crisis. Kramer was one of his staunchest critics. On one of the infrequent encounters, Koch reportedly went to pet Kramer’s dog, but Kramer quickly pulled the dog away stating, “That’s the man who killed all of daddy’s friends.”

Windsor moved to New York City in the early 1950s. She earned a masters degree in mathematics and worked for IBM for 16 years. In 1975 she took early retirement and opened her own consulting firm specializing in software development projects. Spyer had a Ph.D. in clinical psychology and for most of her career was in private practice. Throughout their lives the two were active in LGBT organizations including SAGE, where Windsor served on the board. They were among the first to register for domestic partnership when New York City began the process in 1993. In 2007, they married in Toronto, Canada. At that time, New York State recognized same-sex marriages from Canada.

When Spyer died in 2009, she left Windsor as the executor and sole beneficiary of her estate. Since the federal government did not recognize same-sex marriages, Windsor was compelled to pay $363,000 in federal estate taxes. The bulk of the couple’s wealth was from the increased value of their 2 Fifth Avenue apartment and their house in Southampton, New York, which they purchased in 1968. Had the federal government recognized their marriage, Windsor would have qualified for an unlimited spousal deduction, resulting in no estate taxes.

Windsor fought for the federal estate tax exception for surviving spouses, but was barred from doing so by the Defense of Marriage Act (DOMA), which defined marriage as the union of one man and one woman. Beginning in 2010, she fought back, winning multiple legal challenges that led to the 2013 Supreme Court case United States v. Windsor, argued by Roberta A. Kaplan. Windsor prevailed. The ruling found that in states which recognized same-sex marriage, such couples were entitled to the same federal benefits offered to their heterosexual counterparts. The Internal Revenue Service returned Windsor’s estate tax payment. Windsor became a national celebrity, a gay rights matriarch, and a grand marshal of New York City’s LGBT Pride March.

The Windsor decision was followed in 2015 by the more expansive Obergefell v. Hodges, where the Supreme Court held that same-sex couples had a constitutional right to marry anywhere in the nation, with all the protections and privileges of heterosexual couples.

America’s long journey towards equality has been guided by countless small acts of persistence, and fueled by the stubborn willingness of quiet heroes to speak out for what’s right. Few were as small in stature as Edie Windsor – and few made as big a difference to America.

Windsor died in New York City in September 2017. Her wife, Judith Kasen-Windsor, survives her. The two met in 2015 at an LGBT rights event and married a year later. 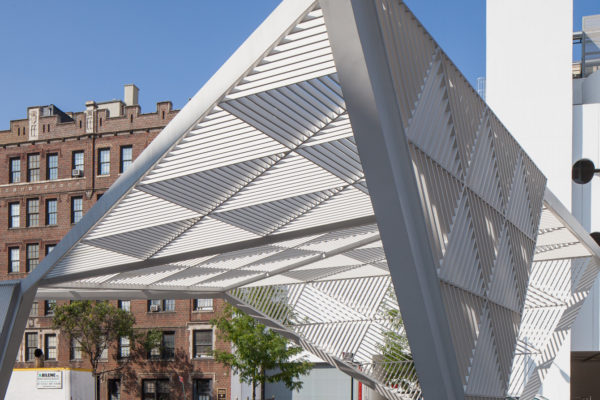