Important in the homophile rights movement of the early 1950s, the Cory Book Service issued a newsletter that reviewed literature with gay themes that it sold.

An offshoot of Edward Sagarin’s book The Homosexual in America (1951), the Service began operating out of this Tribeca building in 1952 for about a year before moving multiple times and growing to over 5,000 mailing list subscribers, ceasing operations in 1969. The first issue of the newsletter of the Winston Book Service, the revival of the Cory Book Service operated by Long Island homemaker Elsie Carlton, 1957. Source: GLBT Historical Society. ONE, Inc.’s book service was one of many modeled after the Cory Book Service for the purpose of disseminating gay literature, 1957. Source: Homosexual Information Center.

Published under his pen name Donald Webster Cory, Edward Sagarin’s The Homosexual in America (1951) was one of the first works to discuss homosexuality from the perspective of a homosexual. A surprise success, Sagarin received many letters in response to his book inquiring about similar gay literature and publications. In response to these inquiries, Sagarin founded the Cory Book Service, with a newsletter that reviewed literature with gay themes that it sold, at a time when such books were hard to obtain and potentially risky for buyers.

Greenberg, The Homosexual in America’s publisher, helped develop the Cory Book Service. The publisher’s founder, Jae Greenberg, compiled a mailing list of prior purchasers known as the ‘H-list’ to market the gay literature he specialized in. An editor at the press, Brandt Aymar, also assisted in combining their list with the addresses of Sagarin’s correspondents, extending the purpose of a mailing list from the marketing of gay literature to reviewing and selling it as well.

In order to avoid federal obscenity laws, the Cory Book Service emphasized books without explicit scenes, including nonfiction books such as Homosexuality and the Western Christian Tradition by Derrick Bailey.

Since writing [The Homosexual in America], many writers have written me asking where they can obtain similar books and what is being planned by publishers in this field. For this reason I have decided to start the Cory Book Service.

The Service began operations out of an office at 58 Walker Street in Tribeca, mailing out its first issue on September 9, 1952. Soon after, it moved to 237 East 56th Street (demolished) in 1953 and 80 East 11th Street (demolished) in 1954. Similarly, the Service’s ownership changed several times. In 1954, Sagarin sold the list to Arthur Richmond, who operated it without Sagarin’s involvement (but with his signature) until his sudden death in 1956. People writing to the Service began having their letters returned with a notice that the recipient was dead, leading many to believe that Cory had died.

Before co-founding the New York Area Council of the Mattachine Society, Tony Segura volunteered for the Service. As a native Spanish speaker, he translated customer letters into English and managed marketing in Latin America. Richmond introduced Segura to ONE Magazine, the Mattachine Review, and the burgeoning gay rights movement. Segura offered to continue running the Service after Richmond’s death, but Sagarin would not sell it to him as he felt betrayed by Segura and the Mattachine Society when its West Coast wing announced intentions of starting a book mailing list he felt was too similar to his own.

The Service was instead sold to Elsie Carlton, a straight homemaker on Long Island who adopted the pseudonym “Leslie Winston” and rebranded it as the Winston Book Service. She operated it out of an office at 250 Fulton Avenue in Hempstead and built partnerships with the Mattachine Society and Daughters of Bilitis (DOB). DOB’s New York Chapter advertised in the Service and Carlton even served as a panel moderator for one of their events. She fundraised for Mattachine and advised them on funding and public relations strategies. Most importantly, Carlton responded personally to people’s letters, providing support and validation for her customers. Carlton ran the Service until 1967, transferring ownership to Russell Hoffman, an Adelphi University professor who mailed out the final issue in 1969.

At its peak, the Service reached approximately 5,000 subscribers and was the most prominent gay mailing list in the United States. Due to its large audience, the Service was able to offer exclusive printings of unpublished works and special deals like discounts for multiple purchases. It distributed titles such as Charioteer (1953) and The Last of the Wine (1956) by Mary Renault, Hemlock and After (1952) by Angus Wilson, The World in the Evening (1954) by Christopher Isherwood, Barriers Between (1949) by Marc Brandel, and Judgment of Paris (1952) by Gore Vidal.

The Cory Book Service supported the early homophile movement by inspiring other literary mailing lists, including ones operated by the Daughters of Bilitis, the Mattachine Society, and ONE, Inc., and any number of gay bookstores expanding their businesses through mail-order, proving the existence of a gay market and providing a source of gay materials for people living outside of New York and San Francisco. 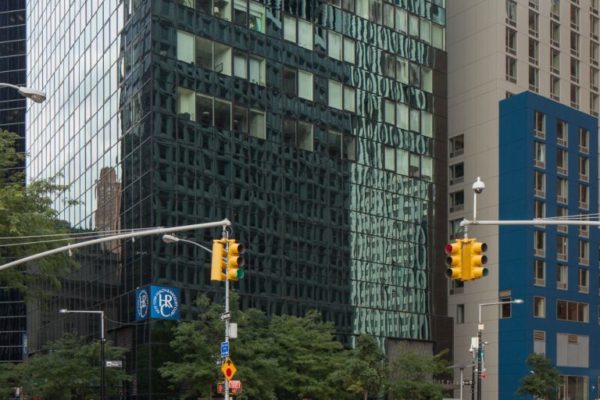