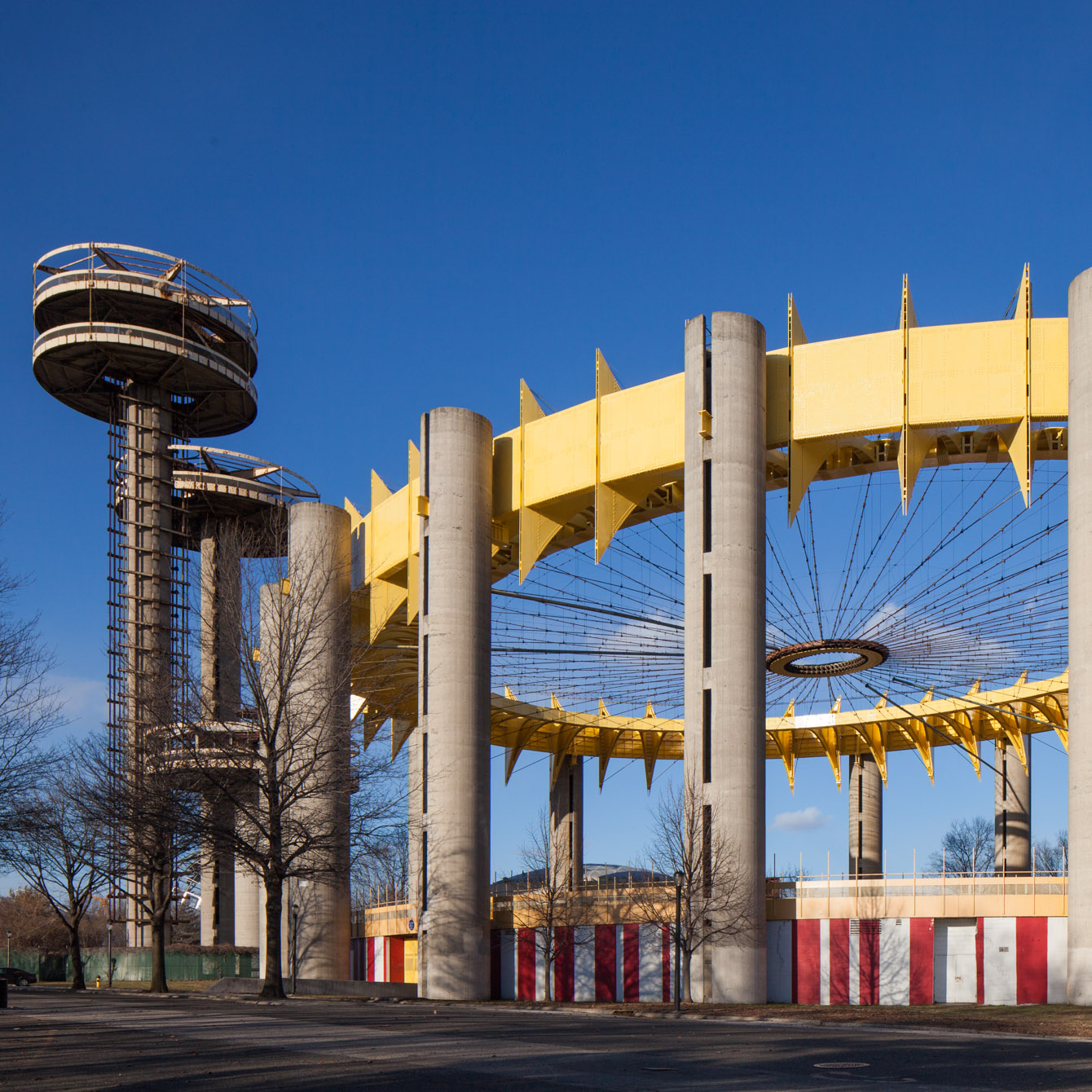 Warhol’s work, 13 Most Wanted Men, sparked controversy before the Fair’s opening in April 1964. Andy Warhol on a payphone at the World's Fair, 1964. Photo by Billy Name/Reel Art Press. 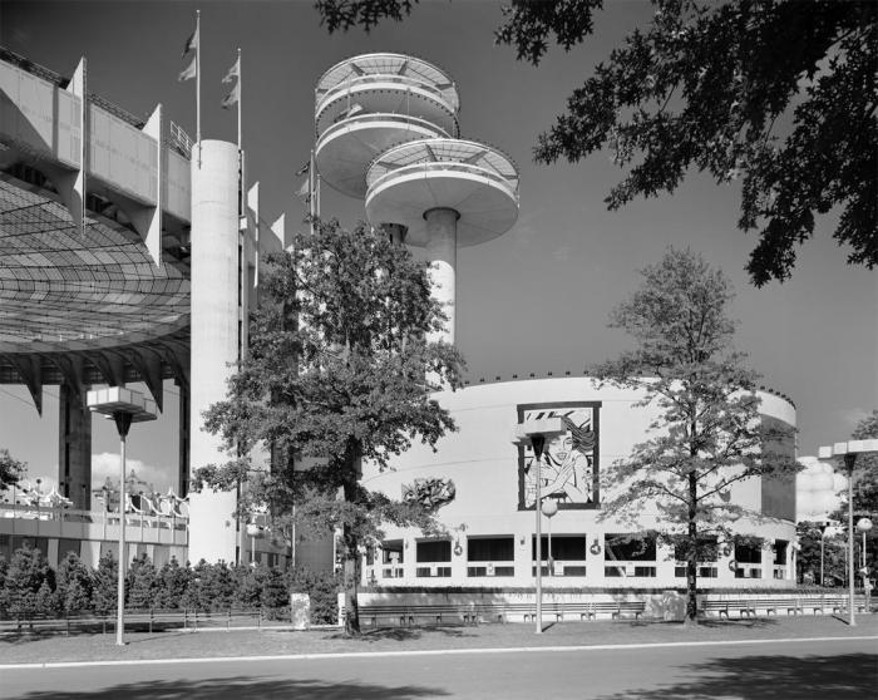 New York State Pavilion, including from left to right: Tent of Tomorrow, Astro-View observation towers, and the Theaterama with artist Roy Lichtenstein installation on the exterior, c. 1964. Photographer unknown. Andy Warhol's "13 Most Wanted Men" installed on the exterior of the Theaterama of the New York State Pavilion before it was painted over in silver. Source: The Andy Warhol Foundation for the Visual Arts, Inc./Artists Rights Society, New York. "13 Most Wanted Men" painted over and covered by a tarp, 1964. Photo by Peter Warner, via Richard Meyer's Outlaw Representation. Governor Nelson Rockefeller commissioned Philip Johnson, with architect Richard Foster, to design the New York State Pavilion, which would be the largest and tallest pavilion at the 1964 World’s Fair.  Rockefeller was already working with Johnson on the design and construction of the New York State Theater at Lincoln Center.

Johnson’s intent was to design an unencumbered free space to showcase the greatness of New York through architectural and technological innovation. The overall complex consisted of three elements: the large open-air Tent of Tomorrow, three Astro-View observation towers, and the cylindrical Theaterama (currently the Queens Theatre in the Park).

Controversy involving Johnson and Andy Warhol erupted days before the opening of the Fair. Johnson invited ten up-and-coming artists to create murals that would adorn 20’ x 20’ slots on the exterior of the Theaterama, including Robert Indiana, Ellsworth Kelly, Robert Rauschenberg, and Warhol. Warhol chose to install 13 Most Wanted Men, a massive grid of enlarged silk-screened mug shots from the New York City Police Department’s 13 most wanted criminals of 1962. Each image was tiled together creating a large tableau of men looking over the grounds. The subversively homoerotic content – with the double entendre of “wanted” – was installed on April 15, 1964 and soon raised objections at the highest level.

A few days later, Warhol gave his permission to have it painted over with silver house paint, in time for the April 22nd official opening of the Fair. No clear explanation was ever offered about why it was painted over, but Warhol’s offer to cover it with a grid of 25 portraits of Robert Moses, the then-president of the World’s Fair Corporation, was not accepted. The large silver square remained in place until the end of the Fair.