Actor Montgomery Clift lived here at the height of his career, from 1951 to 1959.

During these years he was nominated for an Academy Award for A Place in the Sun (1951) and From Here to Eternity (1953). 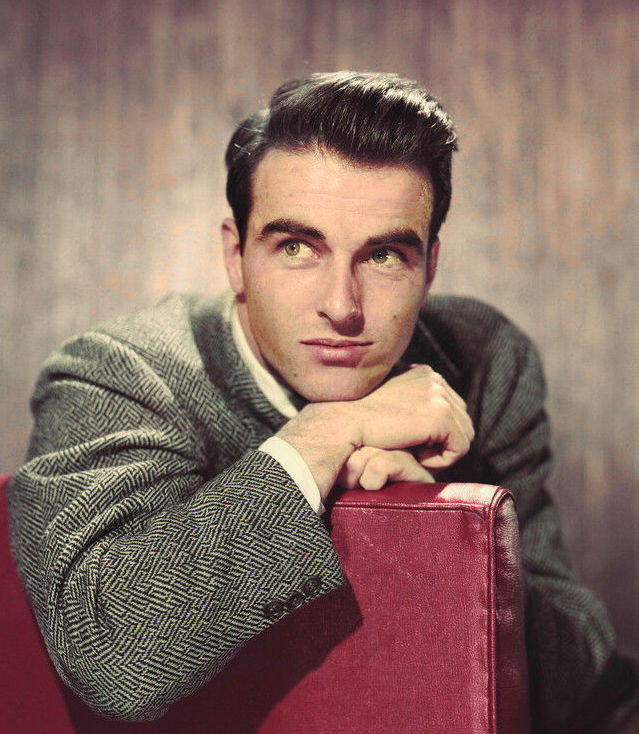 Elizabeth Taylor and Montgomery Clift in 1950, during filming of A Place in the Sun (1951). Source: Kristine on Flickr. Poster for A Place in the Sun (1951), starring Montgomery Clift and Elizabeth Taylor. Montgomery Clift in From Here to Eternity (1953).

Montgomery Clift (1920-1966) was one of the best-known actors of his generation, co-starring with such notable actors as Elizabeth Taylor, John Wayne, and Tallulah Bankhead. Clift started his career as an actor on Broadway, between 1935 and 1946, and also appeared at the off-Broadway Phoenix Theater in 1954. He became identified as a Method actor, and as one of the younger men who portrayed a different version of American masculinity. He moved to Hollywood in 1946. Clift appeared in 17 films during his 18-year Hollywood career, including The Search (1948), The Heiress (1949), A Place in the Sun (1951), I Confess (1953), From Here to Eternity (1953), and Lonelyhearts (1958).

In 1951, Clift returned to New York and moved into a duplex apartment on the second and third floors of 209 East 61st Street. He was living here when he was nominated for an Academy Award for A Place in the Sun (1951) and From Here to Eternity (1953). A car accident in 1956 and subsequent injuries left Clift addicted to alcohol and painkillers.

Though some early biographies claim that Clift’s supposed shame over his homosexuality led to his substance-abuse problems, there is little evidence to support this, and friends and family assert that he was not worried about being gay. He had several serious relationships with men, including one with the highly influential choreographer Jerome Robbins. Clift also dated Jack Larson, who is best known for starring as Jimmy Olsen on the TV series Superman (1952-58).

On September 26, 1959, a flash fire broke out in the building. Clift and an “unidentified male friend” were escorted to the roof of the building by the fire department, where they made it to safety. The fire caused Clift to move to a townhouse a few doors down, at 217 East 61st Street. Clift famously installed a teak bar cart in his sitting room there, which is extant today. He made other alterations to the building as well – one of the actor’s lovers, Ben Bagley, helped paint the facade bright orange. Clift installed matching window awnings, drawing complaints from the neighbors. Near the end of his life Clift started a relationship with Lorenzo James, who had been hired to help him, and who lived with him at his second 61st Street residence.

In 1966, Clift died of a heart attack at his home at 217 East 61st Street. His mother sold the building after his death with the stipulation that a plaque be installed reading “MONTGOMERY CLIFT LIVED HERE 1960–1966.” The plaque is no longer extant, and was presumed stolen by a fan.