From 1963 to 1964, Kitty Genovese lived here with her girlfriend Mary Ann Zielonko, though they were known to most people as roommates.

In March 1964, a sensationalized and largely untrue news article about Genovese’s murder captivated the public and made her a symbol of bystander apathy. The Long Island Railroad parking lot next to Kitty Genovese's apartment complex where she parked before being attacked and murdered, 2017. Photo by Christopher D. Brazee/NYC LGBT Historic Sites Project.

In the early morning hours of March 13, 1964, Kitty Genovese (Catherine Genovese; 1935-1964) was returning home from work when she was murdered by Winston Moseley, a Queens resident who had recently killed two other women. Two weeks later, the crime was sensationalized in a New York Times article, which stated that 38 witnesses did nothing as Genovese was repeatedly attacked. The story captivated people for decades, though most of it was a myth (a neighbor, for example, stayed with her as she was dying). In a 2016 article, the Times revisited its 1964 piece and acknowledged its “pivotal role in creating what is referred to as ‘Kitty Genovese syndrome.’”

Over the years, Genovese became so associated with her murder and bystander apathy that, until fairly recently, little focus has been given on who she was before her untimely death. Raised in Park Slope, Brooklyn, Genovese was a popular student at Prospect Heights High School. Just after graduation, she chose to remain in the city when her parents moved the family to Connecticut in 1954. One aspect of the city that likely convinced her to stay was its gay life, which, even in the largely closeted pre-Stonewall era, offered a stronger sense of LGBT community than most other places.

In March 1963, she began dating Mary Ann Zielonko. They met at the Swing Rendezvous, a lesbian bar in Greenwich Village. Genovese and Zielonko eventually moved to an apartment at 82-70 Austin Street in the middle-class neighborhood of Kew Gardens, Queens. According to Zielonko, they were together exactly one year before Genovese’s murder, and it was Zielonko — her “roommate” — who was awakened by police and asked to identify the body at the morgue.

Being a gay woman in that society was very hard, so we were in the closet a lot. In fact, her family didn’t know. I mean, they know now, but there was denial there. It was very hard then.

At the time of her death, Genovese was a bar manager at Ev’s Eleventh Hour Sports Bar at 193-14 Jamaica Avenue in Hollis. In the documentary The Witness (2015), her male co-workers mention that they knew she was gay. Images of a vibrant Genovese in her red sports car and with friends at Coney Island can be seen in the documentary. 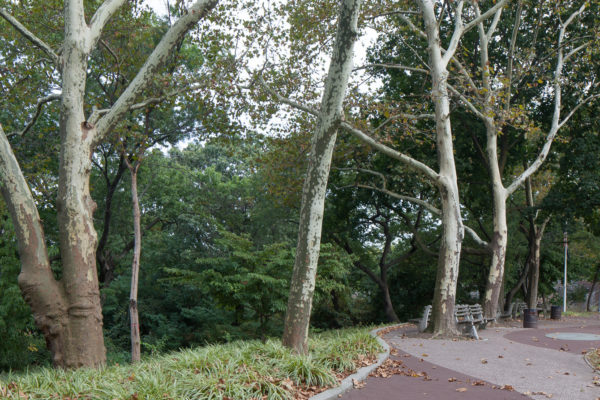