Opened as the Forrest Theater in 1926 and renamed the Coronet Theater in 1945 and the Eugene O’Neill Theater in 1959, this venue has staged multiple productions involving major LGBT creators and performers, including Anna May Wong, Arthur Laurents, Noel Coward, Rosie O’Donnell, Oliver Smith, Sandy Dennis, Tommy Tune, and Charles Nelson Reilly, among others.

The first revival of the 1934 play The Children’s Hour, about a schoolgirl who accuses two teachers of being lesbians, was performed here in 1952-53. Playbill cover for The Children's Hour, 1952. Alfred Lunt and Lynn Fontanne in Quadrille, 1954. Photo by Vandamm Studio. Courtesy of the Museum of the City of New York. Doris Roberts and James Coco in The Last of the Red Hot Lovers, 1969. Photo by Friedman-Abeles. Courtesy of The New York Public Library for the Performing Arts. Coronet Theater
The venue was renamed the Coronet Theater in 1945. Despite the Wales Padlock Law (1927), which forbade the depiction of “sex perversion” on stage, and which remained on the books until 1967, one play at the Coronet was produced with a lesbian theme. This was the first revival of Lillian Hellman’s 1934 play The Children’s Hour (1952-53), about a schoolgirl who accuses two teachers of being lesbians.

Other plays at the Coronet by LGBT creators and with LGBT performers included:

Other plays with LGBT creators and performers at the O’Neill included: 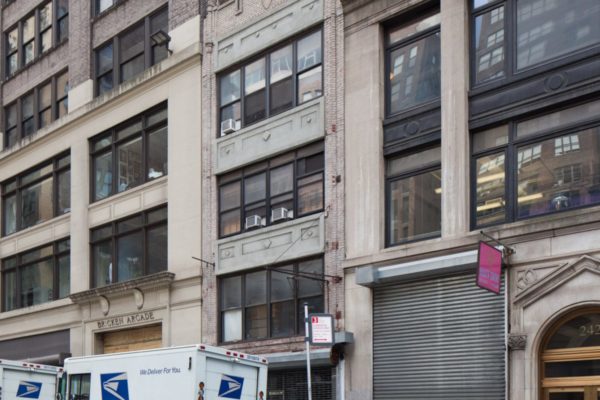