Crazy Nanny’s was a lesbian bar that drew a racially diverse crowd and was located on the ground and second floors of this building from 1991 to 2004.

The large space provided opportunity for numerous fundraisers, including those to combat the AIDS epidemic. Crazy Nanny’s, open from 1991 to 2004, was located on the ground and second floors of 21 Seventh Avenue, at the corner of Leroy Street. It was run by Elaine Romagnoli, previously the owner of Cubby Hole on Hudson Street (not to be confused with Cubbyhole, a still-operating lesbian bar at 281 West 12th Street) and, for about a year, Lisa Cannistraci (the current owner of Henrietta Hudson).

Crazy Nanny’s had a large video screen, a bar on each floor, a pool table on the first floor, and dancing on the second floor. Gaia’s Guide described the space as “brightly designed,” perhaps referring to its lavender exterior. Club Planet, an online bar guide (that began to replace the hard-cover guidebooks) said of Crazy Nanny’s,

Friendly and lively, as well as casual and fashionable .… It is like a lesbian fun park, trivia night, karaoke nights, and drag queen performances and of course DJ’s.

The bar advertised that it was “100% women owned & 100% women managed” and that it was “a place for gay women, biological or otherwise.” The use of “biological or otherwise” was in response to neurologist Simon LeVay‘s 1991 article in Science, which stated that homosexuality was biological. This was very controversial in the gay and lesbian community at the time because many feared that this could have negative eugenic consequences.

Unlike the earlier lesbian bars, Crazy Nanny’s was more welcoming to the broader LGBT community, especially for fundraisers and special events – one event claimed that it was “an evening of Cacophony for Fags, Dykes & others.” The crowd was also racially diverse. With the larger space, Romagnoli was able to host fundraisers and performances. These ranged from live music, theater, and movie screenings, to benefits to combat AIDS as well as other causes. 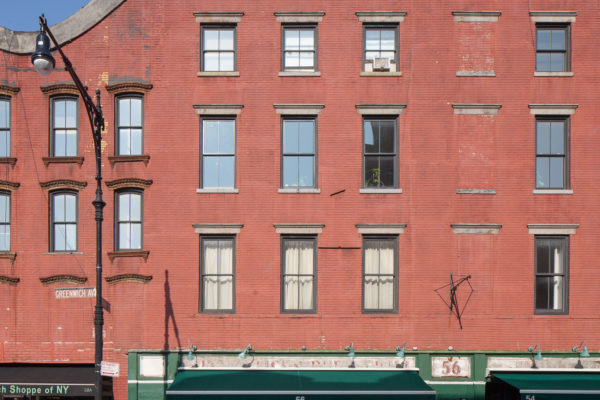