The Caffe Cino is widely recognized as the birthplace of Off-Off-Broadway theater and was located on the ground floor of this building from 1958 to 1968.

It is also highly significant as a pioneer in the development of gay theater, at a time when it was still illegal to depict homosexuality on stage. 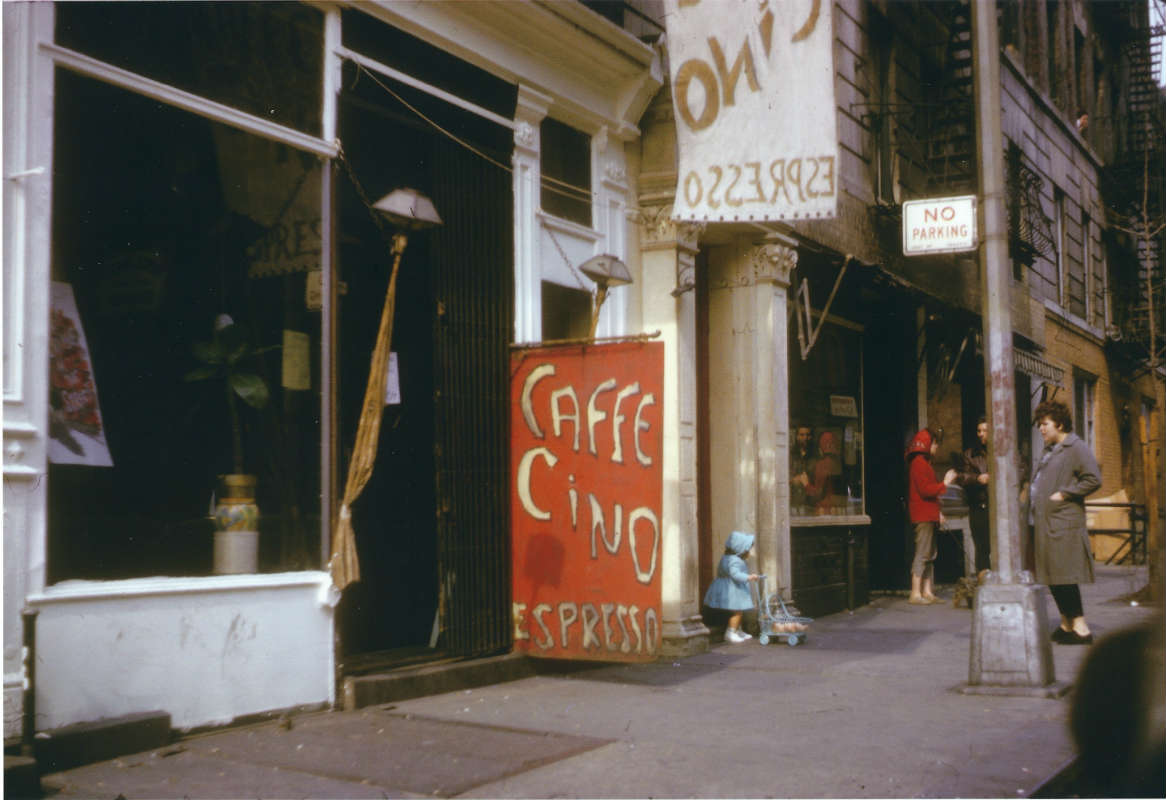 Lettering advertising the Koutoukas play, With Creatures Make My Way, on the Caffe Cino storefront, May 1966. Photo by James D. Gossage. Courtesy of the Billy Rose Theatre Division, The New York Public Library. The 1964 production of Lanford Wilson's The Madness of Lady Bright dealt explicitly with homosexuality. Photo by Conrad Ward. Source unknown. Al Carmines, Irene Fornes, Harry Koutoukas, and Larry Kornfield before the performance of The White Whore and the Bit Player at Caffe Cino, 1967. Photo by James D. Gossage. Courtesy of the Billy Rose Theatre Division, The New York Public Library, The 1964 production of Lanford Wilson's The Madness of Lady Bright dealt explicitly with homosexuality. Source unknown. In 1958, Joe Cino (1931-1967) rented a ground-story commercial space here, originally intending to operate a coffeehouse with art displayed on the walls. He then allowed patrons to stage poetry readings and short avant-garde theatrical performances, including gay-themed works. With the summer 1960 production of the anti-war themed Flyspray, the Cino became New York’s first significant venue to feature the original works of unknown playwrights, which were often experimental, controversial, or campy, and produced at very small budgets. A year later, in 1961, four plays (including two gay-themed plays) by Doric Wilson helped establish the Cino as a venue not only for new work but also for new work with gay subject matter. It is now regarded as the birthplace of Off-Off-Broadway theater.

The staging of Lanford Wilson‘s The Madness of Lady Bright in 1964 was the Cino’s breakthrough hit as well as another early original play to deal with gay subject matter. At the time, it broke Off-Off-Broadway records with a run of 250 performances. By 1965, the Cino had become well known for its gay-themed plays. For the first time in New York City, and perhaps in the country, LGBT people — on a year-round basis and in one centrally located space — regularly saw depictions of themselves in a more multi-dimensional and realistic light, contrasting the negative stereotypes that had permeated mainstream theater and film for most of the 20th century (it was, in fact, still illegal in the early and mid-1960s to depict homosexuality on the Broadway stage).

I never would have been a playwright without the Caffe Cino. I never certainly would have written about gay subjects that freely. That was the kind of empowerment that the place gave us. We were no longer victims.

The Caffe Cino provided an important platform for newly emerging gay playwrights, directors, and actors. Several of these figures would go on to win Pulitzer Prizes, Tony Awards, and various other prestigious theater awards and recognitions, and some founded influential theater companies. A selection of gay theater artists and their work at the Cino includes:

The most successful production here was George Haimsohn and Robin Miller‘s Dames at Sea, which was directed by Robert Dahdah, choreographed by Don Price, and scored by Jim Wise. It also introduced teenager Bernadette Peters in 1966. The Cino’s audience included established cultural figures, such as playwrights Edward Albee (an avid supporter), Arthur Miller, and Irene Fornés, actress Marlene Dietrich, artist Andy Warhol, and musician Tiny Tim. According to actor Michael Warren Powell, who had performed in The Madness of Lady Brightvat the Cino, famed choreographer Jerome Robbins would often stop by after the Caffe had closed for the evening so that he and Cino “could dance on the tiny stage.”

The coffeehouse itself also served as a significant meeting spot for gay men. It closed in 1968, a year after Cino’s suicide following Torrey’s accidental death.

Landmark Designations for LGBT Significance
In November 2017, through the NYC LGBT Historic Sites Project’s extensive research and writing, the Caffe Cino was listed on the National Register of Historic Places by the U.S. Department of the Interior, following the site’s listing, in September 2017, on the New York State Register of Historic Places. In June 2019, based on recommendations by the Project, the NYC Landmarks Preservation Commission (LPC) designated the Caffe Cino a New York City Landmark. The National Register report, LPC designation report, and Project testimony are available in the “Read More” section below. 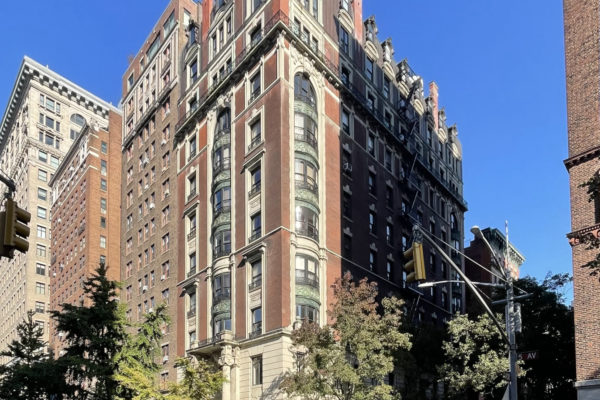