Courtesy of Art & Antiquities, NYC Department of Parks and Recreation.

Many New York City public parks and playgrounds are named in honor of prominent figures in New York City and American history. The NYC LGBT Historic Sites Project compiled a list of public parks and playgrounds named after gay men, lesbians, and bisexuals, several of which intentionally honor an LGBT individual. In addition, there are memorials that honor LGBT individuals. This list includes a plaque for Bayard Rustin, in Manhattan.

This plaque, at the southern end of Ralph Bunche Park, commemorates civil rights activist Bayard Rustin (1912-1987), and also inadvertently honors his LGBT history. It was dedicated by former Mayor Ed Koch in 1990. Raised as a Quaker, Rustin was an openly gay Black activist and devout pacifist who, over the course of five decades, had an immeasurable impact on the civil rights movement in the United States and social justice efforts abroad. One of his many roles was as chief advisor to Dr. Martin Luther King, Jr. in the 1950s and early 1960s, to whom he taught Mahatma Gandhi’s philosophy of non-violent resistance. However, despite working tirelessly for the civil rights cause, Rustin was often forced to give up leadership roles and recognition because of prejudice towards his homosexuality. Rustin served as the lead organizer of the 1963 March on Washington for Jobs and Freedom, which is now largely remembered for Dr. King’s “I Have a Dream” speech.

Ralph Bunche Park, opposite the United Nations building, was named in 1979 for diplomat Ralph Johnson Bunche (1904-1971), who was the first African American to receive the Nobel Peace Prize, in 1950. This property was acquired by the City in 1948 in connection with the widening of First Avenue. In 1985, Mayor Koch designated it as the city’s first peace park. It has been the site of many political protests and demonstrations. 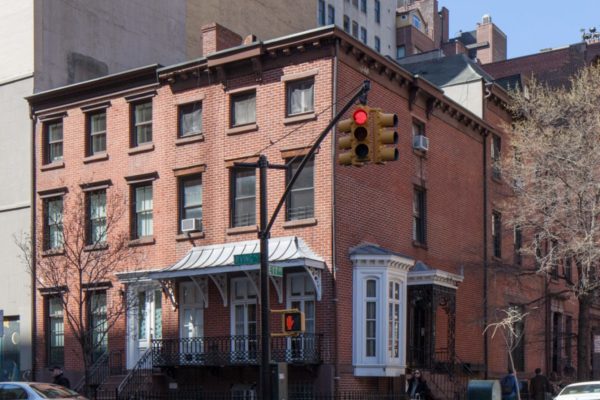