Pioneering pop artist Andy Warhol lived in this house from 1960 until 1972, during the most creative period of his career.

In 1974, Warhol began renting the house to his business manager Frederick W. Hughes, who also ran Warhol’s Factory and lived here until his death in 2001. 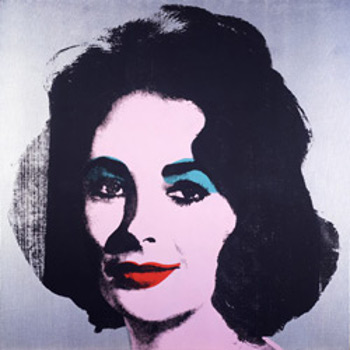 In 1960, Andy Warhol (1928-1987), then an unknown artist who was making his living as an illustrator for I. Miller Shoes, purchased this narrow rowhouse at 1342 Lexington Avenue. He needed a house in order to store his artwork, which was not selling, and house his growing collections. Warhol’s mother moved into an apartment on the ground floor and he occupied the rest of the house. He lived here until 1972 (although he retained ownership until he died) when his lover, interior designer Jed Johnson (1948-1996), found a larger townhouse at 57 East 66th Street.

During the years that he lived on Lexington Avenue, Warhol had his first major gallery shows, established his so-called Factory, and became a leading force in avant-garde art, film, and performance. Most significantly, he created some of his iconic pop art pieces, including the Campbell soup can and Coke bottle works and portraits of such iconic American celebrities as Muhammad Ali, Marlon Brando, Troy Donahue, Marilyn Monroe, Elvis Presley, and Elizabeth Taylor. These images were produced as single paintings and silk screens and as works with multiple, repeated images.

In 1974, Warhol began renting the house to his business manager, Frederick W. Hughes, one of the most important people in his life. Hughes also ran Warhol’s Factory and published Interview magazine. Hughes called No. 1342 “Hotel Anglomania” for his compulsive collecting of portraits of English royalty. As the executor of the estate after Warhol’s death in 1987, Hughes founded the Andy Warhol Foundation for the Visual Arts. He purchased this house from the estate in 1989. After Hughes’ death in 2001, his sister sold it in 2002.