The writer Mercedes de Acosta, known for her tell-all autobiography that detailed her love affairs with some of the world’s most famous women, lived in this apartment building in the 1960s, the last years of her life.

In the interwar years, she was a well-known society figure who attended the city’s drag clubs and speakeasies. Cover design for "Here Lies the Heart" by Andy Warhol, 1957. Source: The Andy Warhol Foundation for the Visual Arts. Controversial, pants-wearing lesbian writer Mercedes de Acosta (1893-1968) lived her last years in this apartment building at 315 East 68th Street. The daughter of wealthy Cuban immigrants, she grew up in New York, and from the 1920s to the ’40s was a figure in both society and the city’s drag clubs and speakeasies.

Though she was the author of books of various genres, de Acosta is not well remembered today as a writer except for her 1960 tell-all autobiography, Here Lies the Heart, which caused the alienation of many of her friends (some claimed it was blatantly false). It detailed her love affairs with some of the world’s most famous women – she boasted “I can get any woman from any man” – including Alla Nazimova, Eva Le Gallienne, Isadora Duncan, Marlene Dietrich, Ona Munson, and, most obsessively, Greta Garbo.

After a life marked by fame, glamour, and wealth, de Acosta at the end had a variety of illnesses and died in poverty. 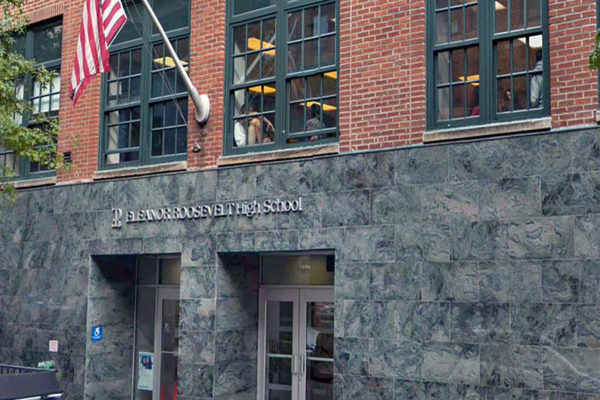