They provided safe and affordable accommodations, in an era when such places were difficult to find for African-American men, and had associations with many prominent figures in the Harlem and African-American communities, including LGBT notables. 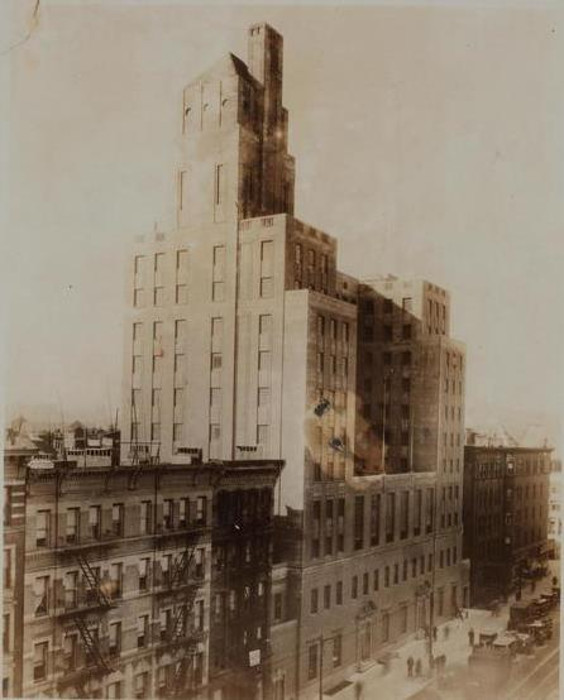 The original location at 181 West 135th Street was the successor to the “Colored Men’s Branch” of the YMCA, located on West 53rd Street (1901-19). African-American YMCAs were the result of the YMCA’s official policy of racial segregation, from the organization’s beginnings in the United States in 1851 until 1946. Though excluded from white YMCAs, African Americans were encouraged to form separate branches, which became autonomous community centers.

As the African-American population of Harlem rapidly increased and this facility became overcrowded, a new 135th Street Branch YMCA (today’s Harlem YMCA) was constructed across the street from the earlier building. This new 135th Street Branch, partially funded by John D. Rockefeller, Jr., Julius Rosenwald (former president of Sears, Roebuck & Co.), and the Phelps-Stokes Fund, was called at the time of its completion the largest such facility for African-American men and boys, as well as one of the best-equipped YMCA buildings, in the country.

Planned to accommodate 4,000 men and 1,000 boys, it has served as one of Harlem’s most important recreational and cultural centers. With 254 dormitory rooms, this YMCA was a significant purveyor of safe and affordable accommodations, in an era when such places were difficult to find for African-American men. The older building across the street became the Harlem Branch Annex. It was said in 1936 that “many of the best known (unmarried) men of the section live at the ‘Y.’ And when some out-of-towner is in the city, one can be sure of locating him there.”

Over the years, both YMCA buildings had associations with many prominent figures in the Harlem and African-American communities, who lived or stayed at the YMCA, participated in its programs, served as a director, or supported it financially. These have included such LGBT notables as Claude McKay, Langston Hughes (who began as a feature editor on the staff of the branch’s newsletter The New Sign in 1931), Countee Cullen, and Billy Strayhorn.