Most New York City branch libraries are named for the neighborhood or geographic location, but a number are named in honor of prominent figures.

The Walt Whitman library, in Brooklyn, is one of three branch libraries in New York City that inadvertently honor an LGBT individual. This branch library was named in 1943 for Walt Whitman (1819-1892) to commemorate the 125th anniversary of his birth, thus honoring one of New York City’s LGBT individuals. Often proclaimed America’s greatest poet, Whitman lived mostly in Brooklyn and Manhattan between 1823 and 1862. He was intimately associated with Brooklyn, where he worked as an editor, journalist, and writer, and lived in many different residences. He finished his epochal first collection of poems, Leaves of Grass, in 1855. Whitman’s poetry was then considered controversial by some for its sensuality, and a later edition of Leaves included his famously homoerotic “Calamus” poems expressing male-male love. These made Whitman iconic in the United States and Europe as one of the first people to openly express the concept of men loving men. Today, Leaves is considered one of the most important American works ever written.

This library, funded by philanthropist Andrew Carnegie, was built in 1908 to replace an earlier branch from 1900. It originally housed a large collection of books on naval science and architecture, serving workers at the Brooklyn Navy Yard. Today it mainly serves the residents of several large public housing complexes, including the Walt Whitman Houses. The library is located about a dozen blocks west of Whitman’s residence at 99 Ryerson Street, where he was living when Leaves was published. 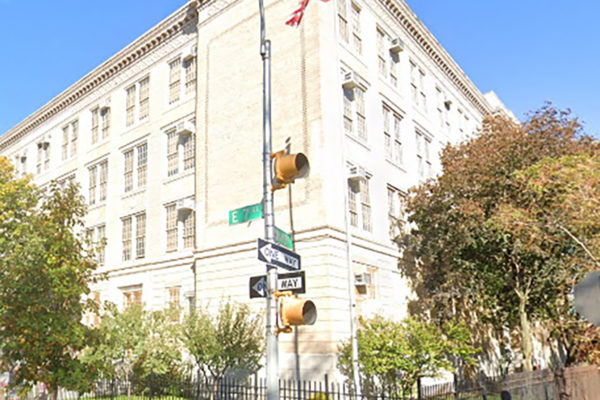