The Park at Athens Square
Queens

The Socrates and Sophocles statues, in Astoria’s The Park at Athens Square, inadvertently honor LGBT individuals. 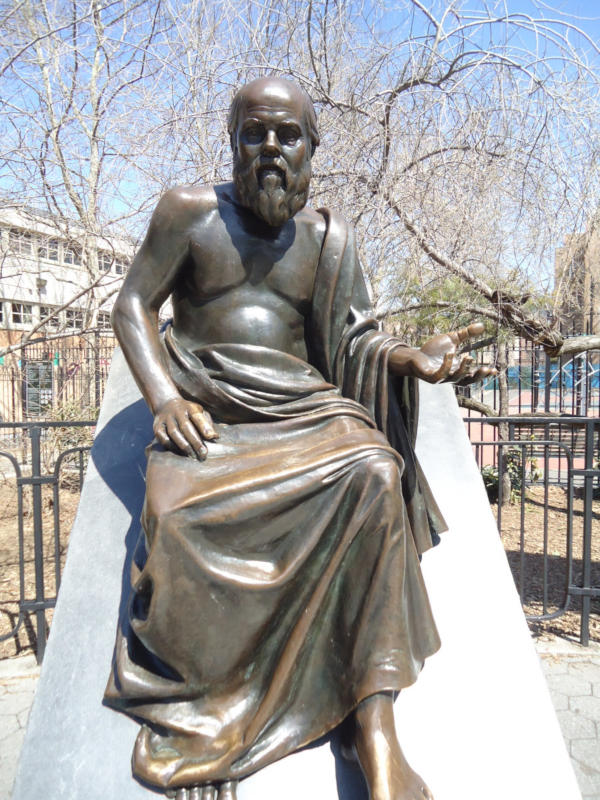 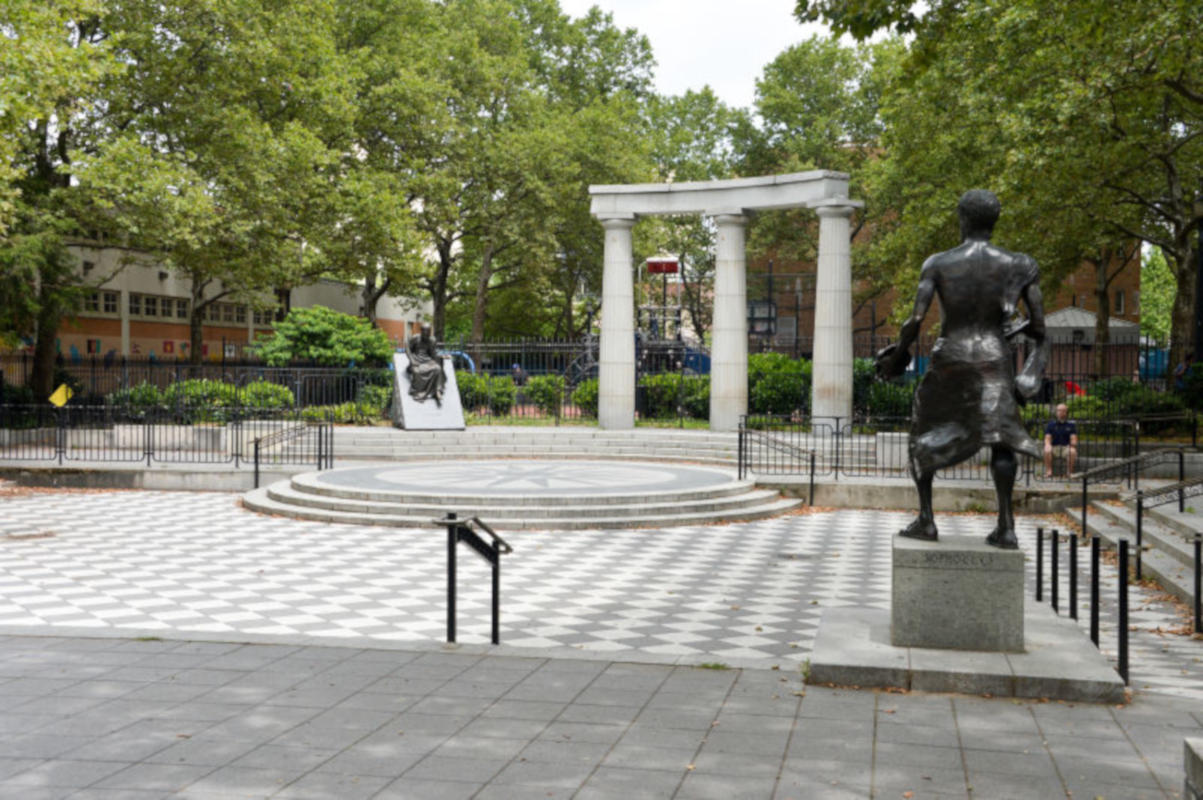 The Park at Athens Square. Courtesy of NYC Department of Parks and Recreation.

Many New York City public parks and playgrounds are named in honor of prominent figures in New York City and American history. The NYC LGBT Historic Sites Project compiled a list of public parks and playgrounds named after gay men, lesbians, and bisexuals, several of which intentionally honor an LGBT individual. In addition, there are memorials that honor LGBT individuals. This list includes the Socrates and Sophocles Statues in The Park at Athens Square in Queens.

The nine-acre Park at Athens Square, on 30th Avenue in Astoria, Queens, was formerly a school playground and adjacent park opened in 1963 and 1967, respectively. After the City funded reconstruction in 1990, the area’s Greek-American community wanted it turned into a neighborhood gathering place. Architect Stamatios P. Lykos created a central court with an amphitheater and sculptural elements, a recreational space, and perimeter seating. The park was completed in 1997. The focal point of the central court is three Doric columns and four statues of Greek figures. These include Socrates, by sculptor Anthony Frudakis (dedicated 1993), and Sophocles, by sculptor Chris Vilardi (dedicated 2015).

According to Andrew Lear, Classical scholar with a specialty in gender and sexuality:
“Socrates is regarded as the father of philosophy. Like Jesus Christ and the Gautama Buddha, he was an oral sage and is known today entirely from the writings of his followers, in Socrates’ case principally Plato and the historian Xenophon. He is the principal character in many of these authors’ works, in which the male-male relations customary in ancient Greek society are an important theme. His personal sexual life is unrecoverable. Clearly, it was widely believed that he was the lover of the great Athenian politician, general, savior, and traitor Alcibiades, but Plato defends him against this rumor. Socrates’ view of these male-male relations also varies, depending on the author and work. But some of these works, particularly Plato’s Symposium, contain effusive praise of them, and in the Phaedrus Socrates regards them as the second highest passion, after the passion for beauty itself.”

And also according to Lear:
“Sophocles, the author of Oedipus the King and Antigone, was one of the most important writers of tragedy in Classical Athens and one of the three by whom complete plays (in Sophocles’ case, 7 of over 120) have survived. Our ancient sources contrast him, as a lover of young men, with his colleague Euripides, a lover of women. Without independent evidence, we cannot know if this is accurate, but several stories about Sophocles’ attractions to or affairs with young men have come down to us, including a surprisingly modern story of him flirting with a wine server.”