Richard Hunt was a prominent Muppet performer at The Jim Henson Company, working there from 1969 until shortly before his death, due to AIDS-related complications, in 1992.

His first big project was puppeteering several characters, including Forgetful Jones, Gladys the Cow, and the Two-Headed Monster, on Sesame Street, which was originally filmed at Reeves Teletape Studios on Manhattan’s Upper West Side. 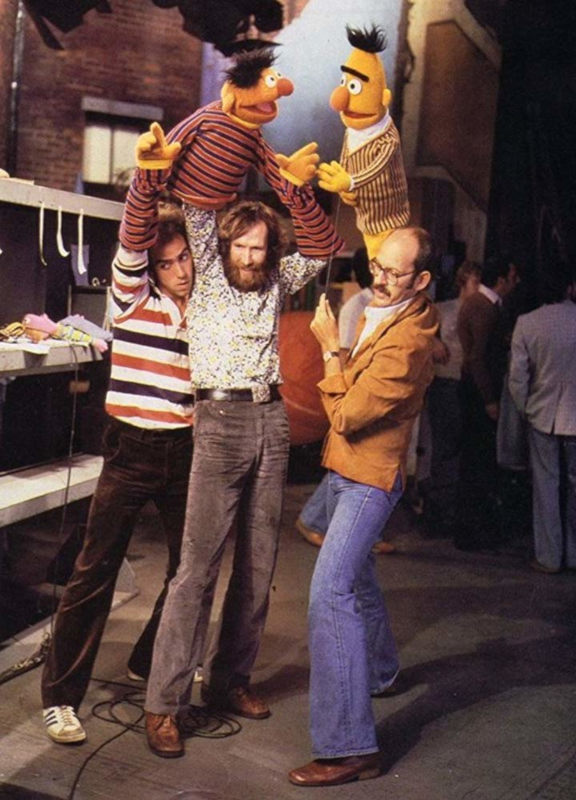 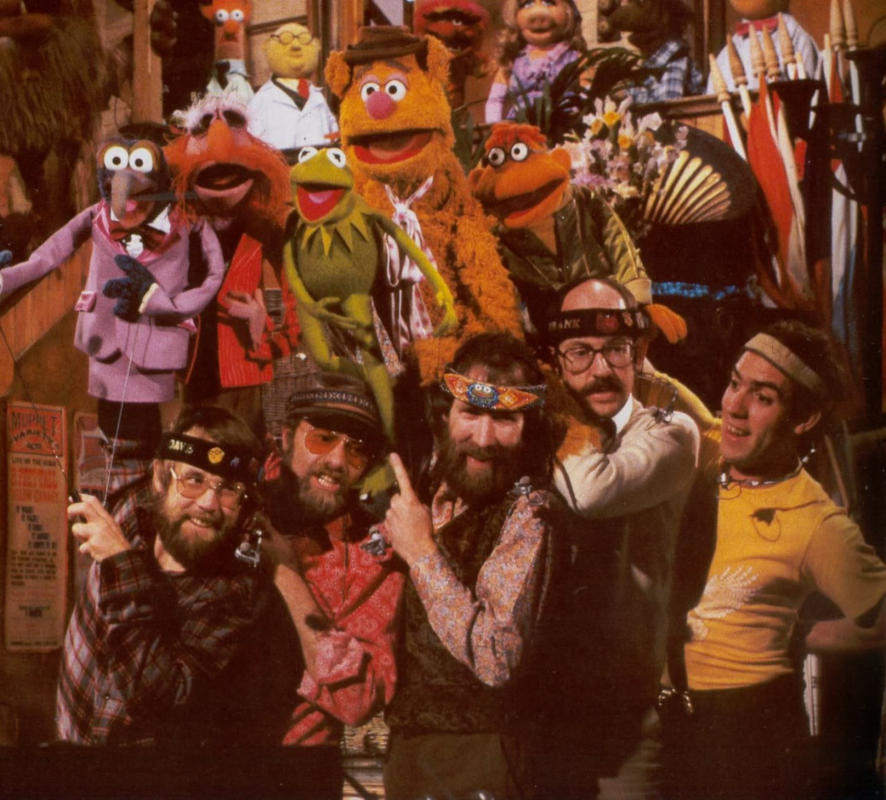 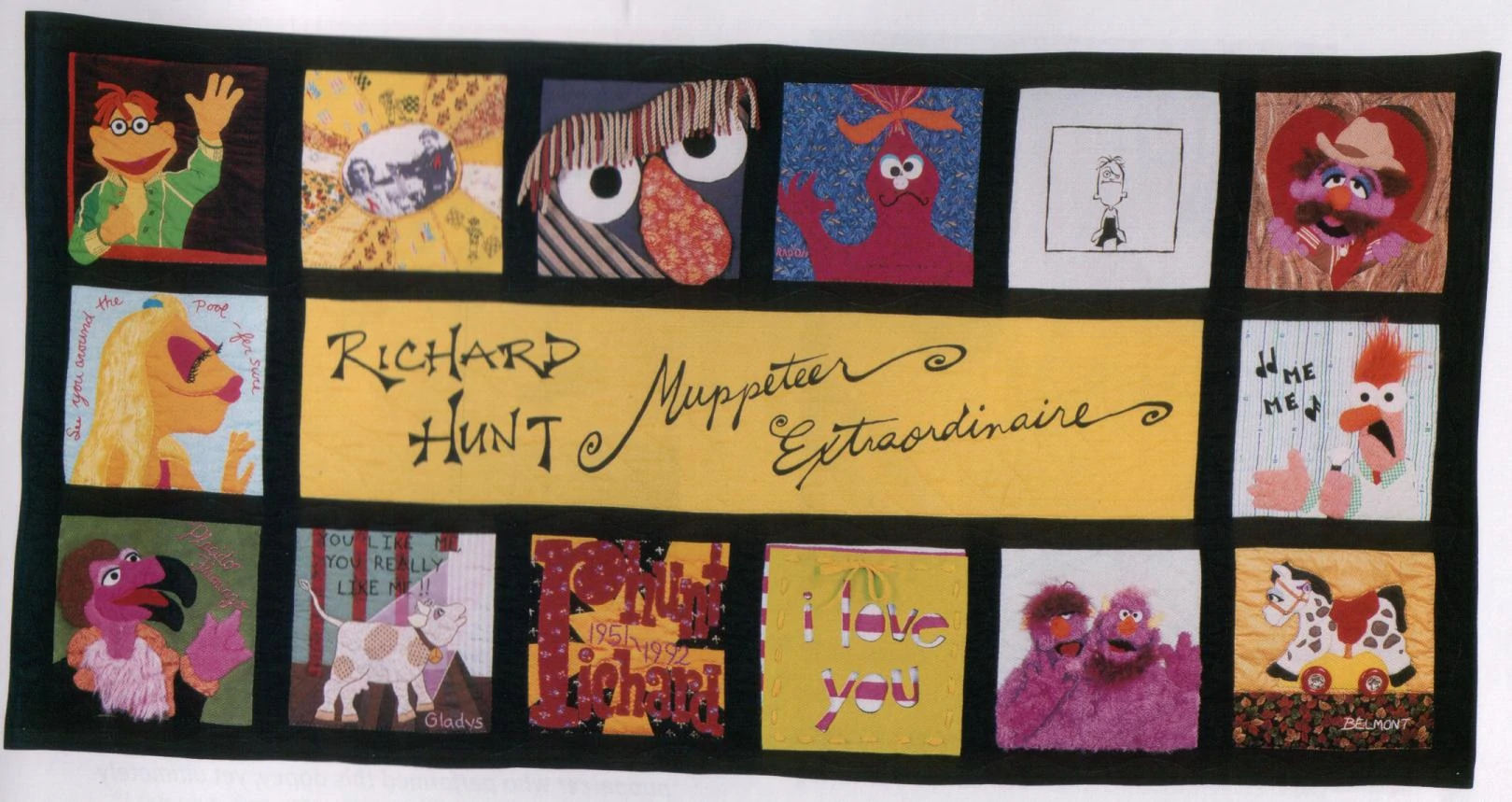 Panel for Richard Hunt appearing on block no. 03132 of the NAMES Project AIDS Memorial Quilt. Source: Muppet Wiki. Other Hunt panels at www.aidsquilt.org. Panel for Richard Hunt, created by Erin Roll in 2006, appearing on block no. 05765 of the NAMES Project AIDS Memorial Quilt. Source: StBridget on deviantart.com. Other Hunt panels at www.aidsquilt.org.

Born in the Bronx and raised in Closter, New Jersey, Richard Hunt (1951-1992) was one of the core Muppet performers at The Jim Henson Company, beginning his career there shortly after graduating from high school in 1969. The children’s television show Sesame Street (1969-present), featuring Henson’s puppets, had debuted that year and inspired Hunt to contact the company for job opportunities. Hired as a background puppeteer for the first few seasons, he began working full-time on Sesame Street in June 1972. Hunt eventually took on puppeteering and directorial roles for other Henson projects, such as performing Scooter, Beaker, Janice, Statler (with Jim Henson as Waldorf), and Sweetums on The Muppet Show (1976-1981) and several movies, and Junior Gorg (facial expressions and voice) and Gunge on Fraggle Rock (1983-1987).

Sesame Street, unlike the majority of those productions, was (and still is) filmed in New York City. Its first filming location was at Reeves Teletape Studios at 2248 Broadway on Manhattan’s Upper West Side. Built as a vaudeville theater and completed in 1916, the building became a CBS studio in 1954 before Reeves Teletape acquired it in 1969. (While the rear was demolished in 1986 for a high-rise apartment building, the Broadway portion, including the facade, still stands.) The space was home to Sesame Street until 1982. On the show, Hunt performed Forgetful Jones, the Two-Headed Monster (with puppeteer Jerry Nelson), Don Music, and Gladys the Cow, among other characters.

Hunt was invaluable to the Muppets’ phenomenal success, both as a brilliant performer and the company’s gregarious social ambassador, mentoring legions and leaving a long legacy.

Hunt, who was openly gay, was known for his warm and energetic personality, often joking around with people between filming. Following the onset of the AIDS crisis in the early 1980s, Hunt lost many friends, including his partner Nelson Bird in 1985, an artist who he lived with in Greenwich Village and, later, on the Upper West Side, and called “the most important person in my life.” Despite these losses, and being diagnosed with HIV/AIDS in the late 1980s, Hunt was described by his friend, photographer Jesper Haynes, as “so positive and so life-affirming, in the middle of all this death around.”

In January 1992, Hunt died at age 40 of AIDS-related complications at Cabrini Medical Center, located at 227 East 19th Street. Jessica Max Stein, Hunt’s biographer, recalled, “People ask me if he was out at the Muppets, if they were okay with [him being gay], and I just say, ‘[fellow puppeteer] Frank Oz was at his bedside when he was dying, and if that doesn’t tell you that they were okay with it, nothing will.’” Hunt’s memorial service was held at the Cathedral Church of St. John the Divine in Manhattan, where he had served as Master of Ceremonies for Jim Henson’s service a year-and-a-half earlier. Several panels of the NAMES Project AIDS Memorial Quilt, including one by his friends at The Muppet Workshop, have been created in his memory.