On September 19, 1964, the very first public demonstration for gay rights in the United States took place outside the U.S. Army Building in Lower Manhattan.

Organized by Randy Wicker, gay men and lesbians were joined by straight allies to protest the military’s discriminatory policies against LGBT people. 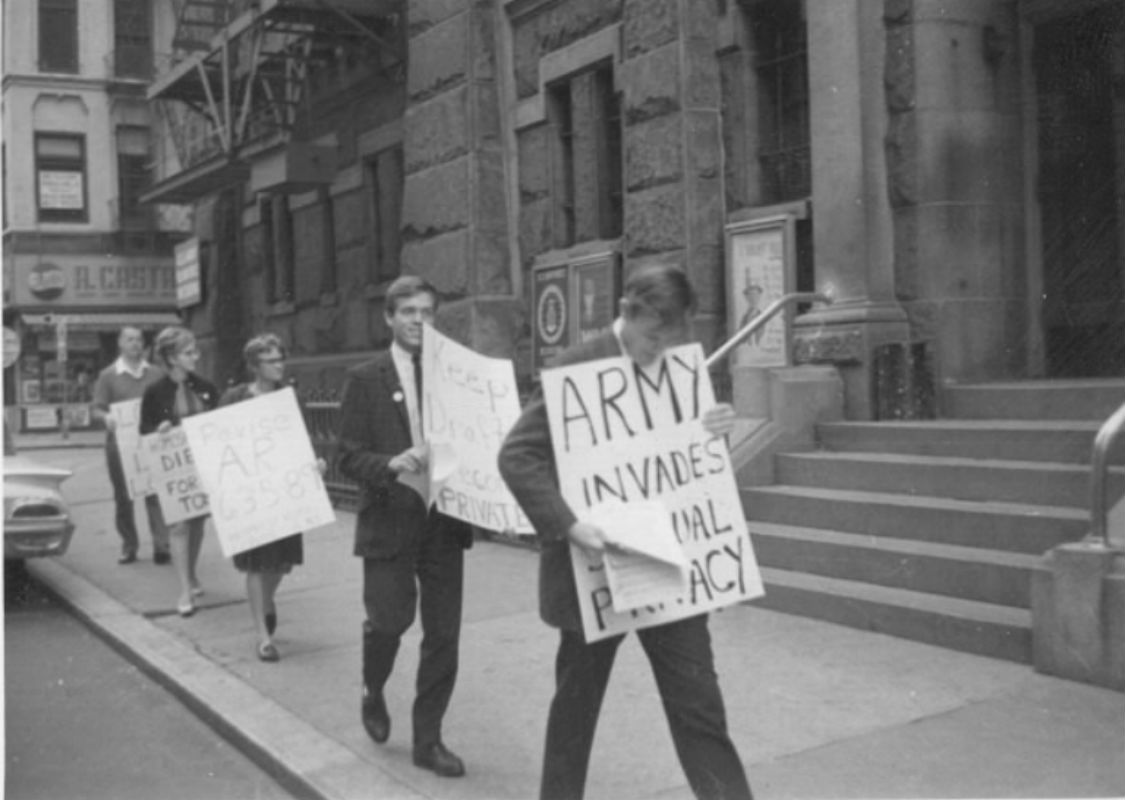 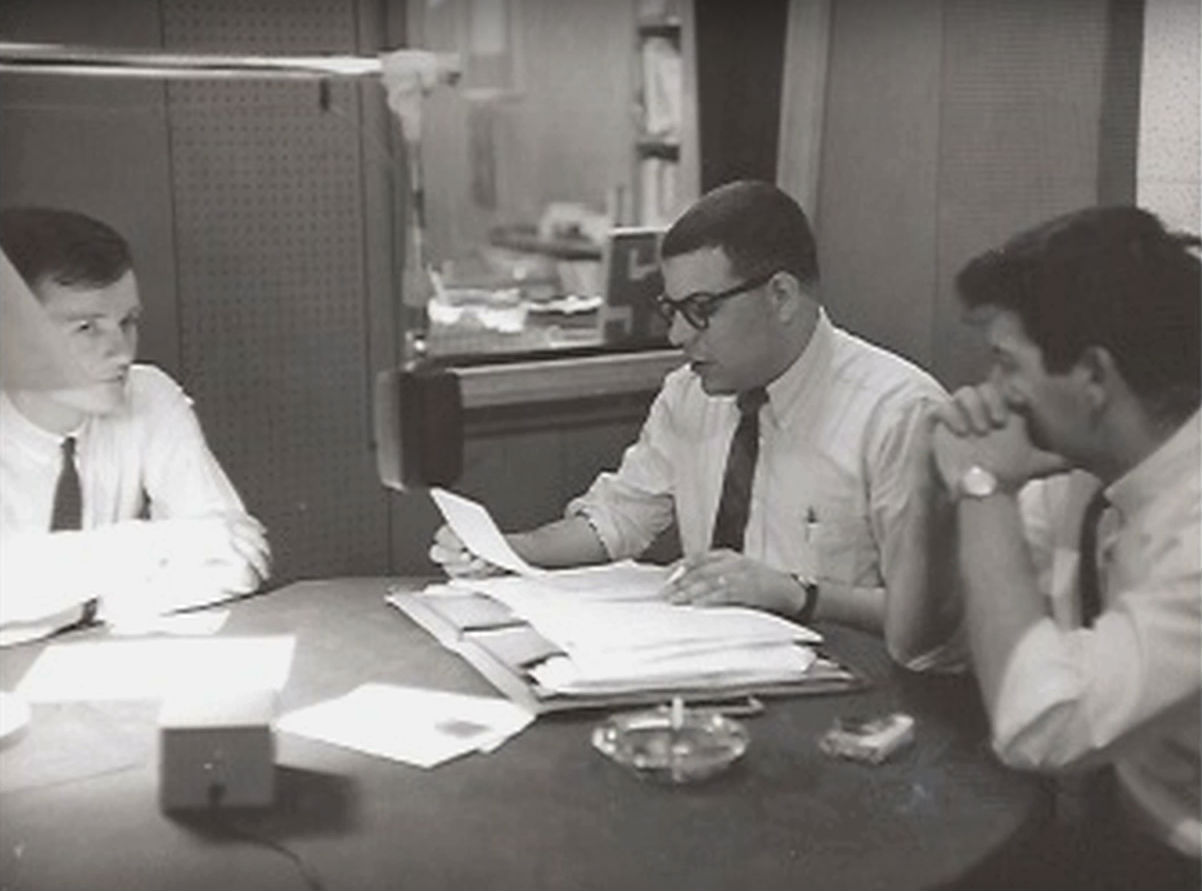 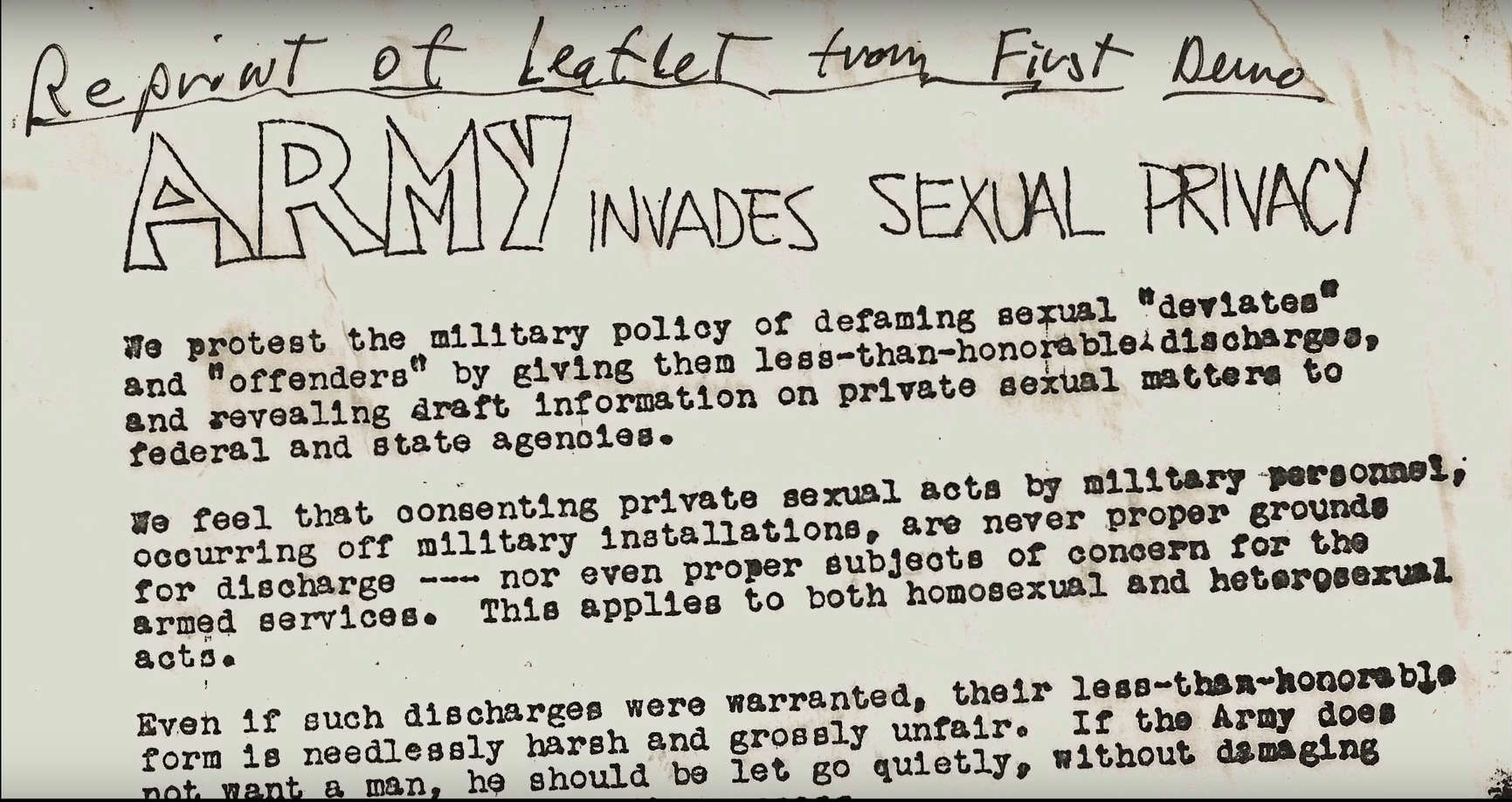 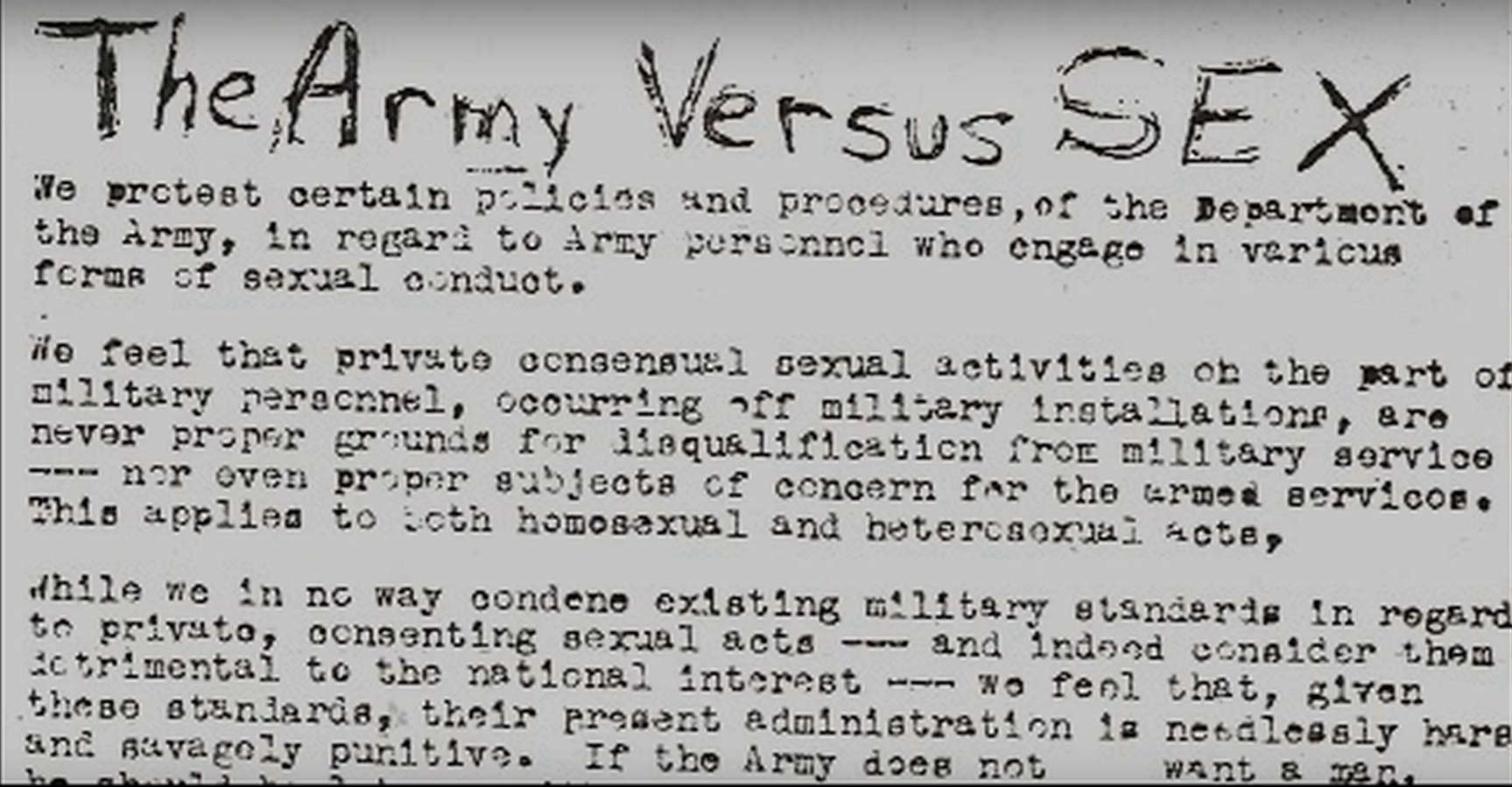 A picket line in front of the U.S. Army Building in Lower Manhattan on September 19, 1964, was later identified as the first public demonstration for gay rights in the United States by Barbara Gittings, co-founder of the Daughters of Bilitis, New York Chapter, in 1958. Organized by Randy Wicker of the Homosexual League of New York (HLNY), and the New York City League for Sexual Freedom (LSF), it protested the military’s treatment of gay people – including rejection, less-than-honorable discharges, and violation of privacy through a policy of sending gay men’s records to current and potential employers. Historian David Carter has called Wicker “the first militant activist on the East Coast.”

Randolfe Hayden Wicker (born Charles Gervin Hayden, Jr., in 1938 – he changed his name at the request of his father), a student at the University of Texas, had spent the summer of 1958 volunteering for the Mattachine Society of New York (MSNY). He was under age at 20, but he lied to the group. He first stirred up controversy when, convinced that MSNY should better publicize its events, he printed up flyers for an upcoming lecture. This led to a standing-room-only crowd, but the police persuaded the landlord to evict MSNY from its headquarters. After graduation, Wicker returned to New York in 1962 and formed HLNY, largely a group of one that he used to disseminate information to the media and to take actions outside the purview of MSNY, which at the time was not at all activist.

From 1962 to 1964, Wicker was considered one of the most visible homosexuals in New York. In response to a radio program with psychiatrists discussing homosexuality as a disease, he convinced WBAI radio to allow a group of gay men to discuss their lives on the “Live and Let Live” program in 1962. This is believed to have been the first such radio program. Wicker is also thought to have been the first gay person to appear openly on East Coast television, without a disguise or a fake name, when he appeared on the “The Les Crane Show” on January 31, 1964, and answered questions about homosexuality.

Wicker was corresponding with Frank Kameny, an influential early gay rights strategist and leader of the Mattachine Society of Washington, D.C. Kameny was an advocate for public protests, though most of the LGBT community at the time was leery of that, and he suggested the army as a target.

Frank – The boy who is in charge of the League for Sexual Freedom called today and he wants to picket. I suggested we picket the Army as you suggested. Right now, we have tentatively scheduled it for sometime in September with his group and the HLNY co-sponsoring the line.

The mostly heterosexual LSF was founded in 1963 by Leo Koch and the bisexual Jefferson Fuck Poland, advocating for free love, legalization of prostitution, public nudism, and the repeal of censorship and repressive laws regarding human sexuality. Their joining the HLNY picket on September 19, 1964, was a very early instance of straight support for gay rights. Joining Wicker and Poland that day were eight people, including his boyfriend, Peter Ogren; 23-year-old Craig Rodwell, future owner of the Oscar Wilde Memorial Bookshop; 20-year-old Renée Cafiero, a rare female MSNY member, who would go on to become one of the first openly gay (alternate) delegates, at the 1972 Democratic National Convention; her girlfriend Nancy Garden, who later wrote the first young adult lesbian novel Annie on My Mind in 1982; and Jack Diether, a noted music critic active in LSF.

The group handed out flyers titled “The Army Invades Sexual Privacy,” and carried picket signs declaring “Homosexuals Died for U.S. Too,” “Love and Let Love,” “Army Invades Sexual Privacy,” and “Keep Draft Records Confidential.” Taking place on a Saturday, however, this first gay rights picket was little seen, and received no media attention, but it was significant in inspiring confidence in its participants for further actions.

In the 1980s, the U.S Army Building became the base for an office tower, and was encased in glass cladding.