originally known as Cafe La MaMa (before moving to this address)

La MaMa Experimental Theatre Club was founded in 1961 by Ellen Stewart and moved to 74 East 4th Street in the East Village in 1969.

Today it is widely considered the oldest surviving, most influential, and most prolific of all the Off-Off-Broadway stages. It has had associations with many LGBT playwrights, directors, and performers. La MaMa Experimental Theatre Club, the oldest surviving Off-Off-Broadway theater in New York City, is today widely considered the most influential and has been called the most prolific of all the Off-Off-Broadway stages, having produced thousands of plays in New York City and around the world. La MaMa has received many Obie Awards (including a Special Obie for its 20th anniversary in 1981), as well as many Drama Desk, Bessie, and Villager Awards. It was founded in 1961 as Cafe La MaMa by Ellen Stewart (1919-2011), a pioneering African-American theater impresario. By 1967, the New York Times called her “the most active producer in New York City,” with a new American play every two weeks and an abiding philosophy that La MaMa was “dedicated to the playwright and all forms of theater.”

La Mama received Ford and Rockefeller Foundations grants in 1967 that allowed for the purchase and renovation of this building, which was then in ruins. This location opened in March 1969, with repertory and ensemble theaters on the first and second stories, rehearsal space on the third story, and Stewart’s apartment on the top story. One of the first productions inaugurating the theaters was the musical Caution: A Love Story, by Tom Eyen and Bruce Kirle, based on the story of the Duke and Duchess of Windsor.

La MaMa has had continuous associations with eminent LGBT playwrights, directors, and actors over the years:

Many of these individuals were also associated with the other pioneering Off-Off-Broadway venue Caffe Cino. Though commercial theater has never been La MaMa’s focus, a number of its plays achieved success on Broadway, including Godspell, by Stephen Schwartz and John-Michael Tebelak, and The International Stud (1978), Fugue in a Nursery (1979), and Widows and Children First! (1979), by Harvey Fierstein, directed by Eric Concklin, and later combined as Torch Song Trilogy. Tom O’Horgan later produced the influential hit Hair.

The La MaMa building was constructed in 1873 for the Aschenbroedel Verein, a German-American professional orchestral musicians’ social and benevolent association. The main façade was altered in 1892 for the Gesangverein Schillerbund, one of the city’s oldest leading German singing societies. 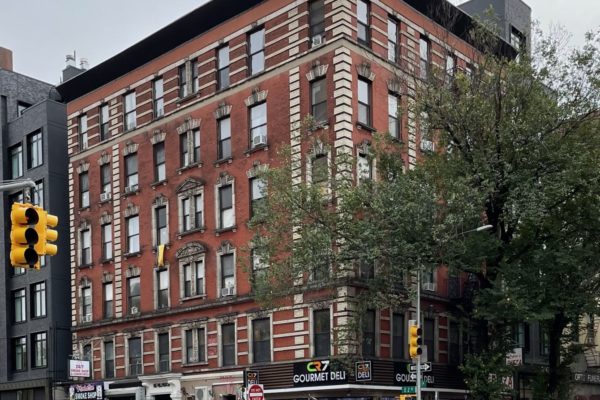