On January 22, 1990, Vietnam War veteran Jimmy Zappalorti was murdered near his home on the South Shore of Staten Island because he was gay. Jimmy Zappalorti’s siblings, Robert, Peggy, and Michael, with Ralph Vogel, executive director of the Pride Center of Staten Island, at the planting of the memorial tree in front of the family’s former stained glass studio at 123 Androvette Street, November 30, 2014. Source: Zappalorti family via stainedglasswindowsjimmy.com. 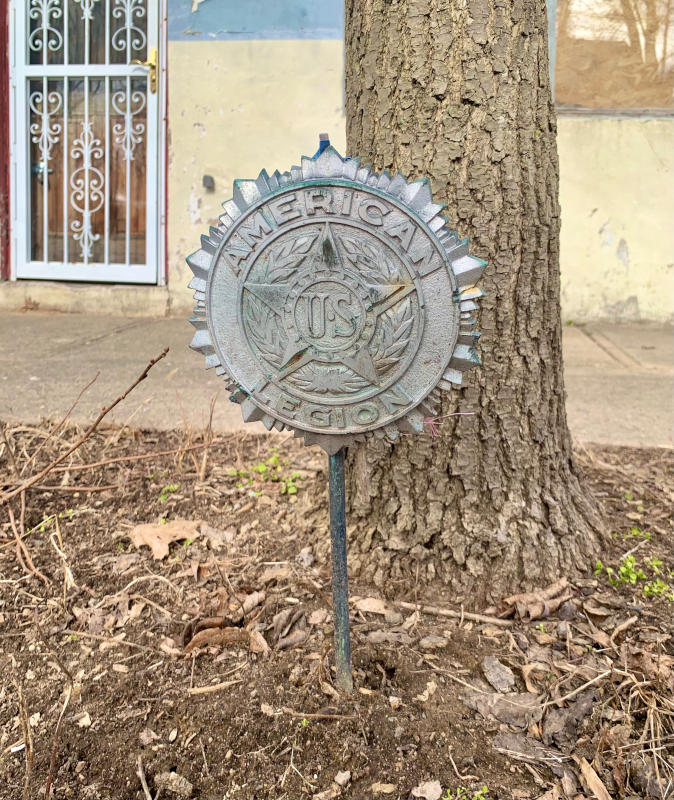 Brooklyn-born James “Jimmy” Zappalorti (1945-1990) was a Vietnam War veteran who grew up in the neighborhood of Charleston on Staten Island’s South Shore. According to his brother, Zappalorti came out as gay while serving in the U.S. Navy and was subsequently beaten by his fellow sailors. Following a nervous breakdown, he was discharged in April 1965.

Zappalorti worked in his family’s stained glass business at 123 Androvette Street after his return to Staten Island. Given the borough’s socially conservative nature, he also spent time in Greenwich Village where he could exist more openly as a gay man. On January 22, 1990, he was murdered by local residents Michael Taylor and Phillip Sarlo at his beach hut near the Arthur Kill because he was gay. The men had already served time in prison several years earlier for kidnapping and threatening to kill a gay man.

The murder of Jimmy Zappalorti was highly publicized and became the first on Staten Island to officially be designated a gay hate crime. (Sarlo later died in prison and Taylor was denied parole in 2014.) Through continued advocacy from Zappalorti’s family and gay rights activists, New York State’s first hate crimes bill was finally passed in 2000. The murder galvanized the borough’s LGBT community and led to the founding of the Zappalorti Society – which offers mental health support to LGBT people – in 1992, and the Pride Center of Staten Island in 2013.

Zappalorti was known for planting trees in his neighborhood and so a memorial tree was planted in front of the family’s former stained glass studio on November 30, 2014. Separately, bronze plaques were placed there by the Charleston Civic Association and the U.S. Navy (another hangs at the Pride Center). On May 29, 2015, a portion of Androvette Street was co-named Jimmy Zappalorti Lane.