From 1938 to 1951, entertainment impresario Billy Rose operated one of New York City’s most opulent and successful nightclubs, the Diamond Horseshoe, in the basement of the Paramount Hotel in the Theater District.

As a club, and after 1961 when it became a theater, this was the site of several LGBT-associated shows. 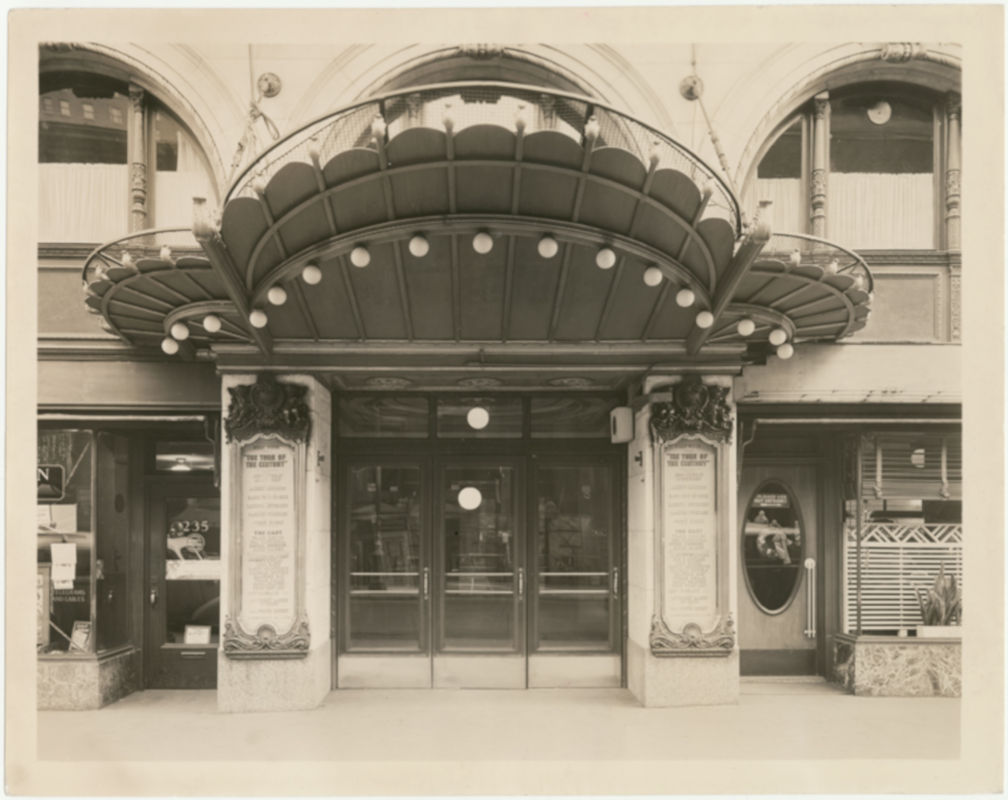 The entrance to the Diamond Horseshoe, 1939. Courtesy of The New York Public Library. 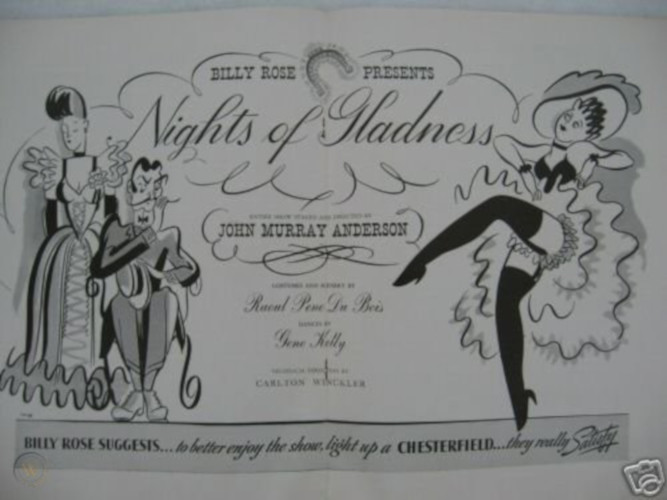 Page from the Nights of Gladness program, 1940. Source: WorthPoint.com. Billy Rose in front of the Diamond Horseshoe entrance, 1948. Photo by Look Magazine. Courtesy of the Museum of the City of New York. In December 1938, entertainment impresario Billy Rose opened the Diamond Horseshoe, one of New York City’s most opulent and successful nightclubs, in the former Grill Room in the basement of the Paramount Hotel in the Theater District. It was decorated by theater designer Albert Johnson. Intended to evoke a “Gay ‘90s” atmosphere, Rose staged elaborate, nostalgic revues here, complete with scantily-clad showgirls, until 1951.

The first two Diamond Horseshoe revues were The Turn of the Century (1938-39), a tribute to the era of businessman Diamond Jim Brady and actress Lillian Russell, and Nights of Gladness (1940-41), a look at the decade after 1905. Both revues featured costumes by preeminent designer Raoul Pene Du Bois, who also designed the sets for the latter. One of the performers in Nights of Gladness was Julian Eltinge, a big star on Broadway and in vaudeville, and who is often considered one of the greatest female impersonators in history. During the run of this show, Eltinge died in his apartment at the Westmore, 333 West 57th Street.

After the nightclub closed, Irving Maidman transformed it into the Mayfair Theater in 1961. The diverse programming at the Mayfair included vaudeville, burlesque, Yiddish theater and films, and legitimate Off-Broadway and Broadway theater. One early LGBT-associated show was Hang Down Your Head and Die (1964), a revue about capital punishment, with Remak Ramsay, James Rado, and Gerome Ragni; the latter two would go on to write the musical Hair (1967).

This theater became the Century Theater from 1978 to 1982. Two shows here with LGBT performers were Patio/ Porch (1978), with Fannie Flagg, and the revival of Emlyn Williams as Charles Dickens (1981), starring Emlyn Williams.

The space then ceased to function as a theater and remained mostly vacant. In April 1987, after the funeral of Andy Warhol at St. Patrick’s Cathedral, a memorial luncheon was held at the former theater. In 2013, it was renovated under owner Aby Rosen, and reopened as the Diamond Horseshoe supper club with the show The Queen of the Night, with costumes by Thom Browne.

It is currently operated as Sony Hall.