Opened in 1907 as the Stuyvesant Theater and renamed the Belasco Theater in 1910, this venue has staged multiple productions involving major LGBT performers and creators, including Katharine Cornell, Guthrie McClintic, Alexander Woolcott, Tallulah Bankhead, Adrian, Arthur Laurents, Oliver Smith, and Lorraine Hansberry, among others.

In 1945, the Belasco Theater’s lesbian drama Trio was the last Broadway show impacted by the Wales Padlock Law, which was passed in 1927 and forbade the depiction of “sex perversion” onstage, including gay or lesbian characters. Jeanne Eagels in Daddies, 1918. Photo: White Studio. Courtesy of the Museum of the City of New York. Katharine Cornell in Lucrece, 1932. Courtesy of the Museum of the City of New York. Stella Adler, Art Smith, and Sanford Meisner in Awake and Sing!, 1935. Photo Vandamm. Courtesy of the Museum of the City of New York. Playbill cover for Clash by Night, with Talullah Bankhead, 1942. Lydia St. Clair, Lois Wheeler, and Richard Widmark in Trio, 1944. Photo: Vandamm. Courtesy of the Museum of the City of New York. Poster for Home of the Brave, by Arthur Laurents, 1945. The Madwoman of Chaillot, with scenic and costume design by Christian Berard, 1948. Photo: Vandamm. Courtesy of the Museum of the City of New York. Noel Coward, John Ainsworth, and Lola Lynn in Nude with Violin, 1957. Photo: Friedman-Abeles. Courtesy of the Museum of the City of New York. Playbill cover for A Raisin In the Sun, by Lorraine Hansberry, 1959. Beryl Reid and Eileen Atkins in The Killing of Sister George, 1966. Courtesy of the Museum of the City of New York. The Stuyvesant Theater, built for theater impresario David Belasco, opened in 1907 and was renamed the Belasco Theater in 1910. After Belasco’s death in 1931, the theater was leased to Katharine Cornell Productions, Inc. “First Lady of the Theater” Katharine Cornell and her husband, director-producer Guthrie McClintic, had one of the most famous Broadway “lavender marriages” (a marriage in which one or both partners are gay) of their time. McClintic staged six productions here.

In 1927, the New York Legislature had passed the Wales Padlock Law, which made it illegal “depicting or dealing with, the subject of sex degeneracy, or sex perversion,” and offending theaters could be closed. (Similarly, Hollywood movies were subjected to the infamous Motion Picture Production (Hays) Code of 1930.) This was the result of early 20th-century censors, excited about “controversial” subjects being explored in New York’s theaters, but focused mainly on sexuality – in particular, homosexuality and interracial relationships. Although the New York law was not often enforced, and was protested by the theater community, it had a huge and censorious effect on the Broadway stage.

Despite the law, which remained on the books until 1967, lesbian and gay characters did manage to make it to Broadway, often in the works of lesbian and gay playwrights. The last Broadway show impacted by the Wales law was Dorothy and Howard Baker’s lesbian drama Trio (1944-45) at the Belasco Theater, which was shut down by the LaGuardia administration two months after opening, but engendered a protest over censorship from theater folks, the American Civil Liberties Union (ACLU), the press, and politicians.

Later shows at the Belasco by LGBT creators and with LGBT performers included: 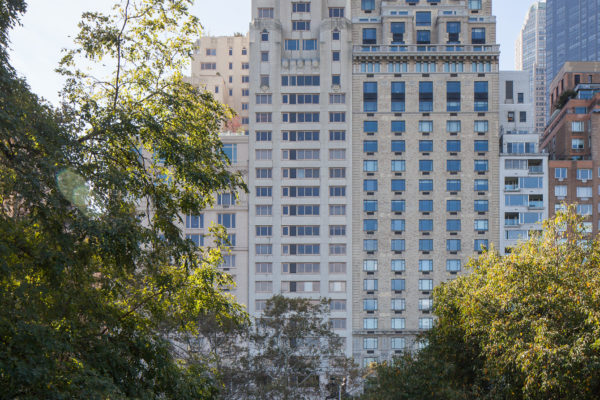