This commercial building was home to the Beach Haven, Staten Island’s sole lesbian bar in the 1970s and early 1980s.

Popular with women’s softball teams, it was the first official meeting place of Lambda Associates and was the setting for a short story by Michelle Cliff. Located on Father Capodanno Boulevard (formerly Seaside Boulevard), across from Midland Beach, the Beach Haven opened around 1963 as a restaurant, specializing in “homemade Italian dinners” and seafood. By 1971, it was primarily a tavern with a mixed gay and straight clientele. Eventually it became Staten Island’s only lesbian bar, operating at a time when there were several gay men’s bars on the island, notably the Mayfair in St. George. By 1977, the Beach Haven was so identified with women’s softball that the June issue of the Lesbian Feminist indicated that the bar was the “contact for softball teams on Staten Island.”

In 1982, the Beach Haven became the first official meeting place for Lambda Associates, the main LGBT group on Staten Island in the 1980s and 1990s. The group, “a joint effort of both men and women,” according to Lambda’s first president, Robert C. Perez, had formed in 1981 with a few people meeting in each other’s homes. After their first dance in January 1982 attracted over 400 participants, they decided to organize more formally and began meeting monthly at the Beach Haven. There, in the words of founder Jim Smith, they would “gather around the pool table to chart the course for our gay community.” Offering a program that combined meetings at the bar, sometimes featuring guest speakers, group outings to cultural and sporting events, and an annual dinner-dance, Lambda doubled in size during its first year and continued to grow. By 1984, it had a political action committee, which organized a voter registration drive and hosted a party for state legislators in support of LGBT rights. Its newly formed education committee became a sponsor for Project Oasis, a community group offering services to victims of rape and domestic violence, which extended its services to gay men and lesbians. And its officers, through their comments on gay issues to the Advance, were becoming the de facto voice of the LGBT community on Staten Island.

Lambda Associates continued to meet at the Beach Haven until January 1985, when they relocated to Park Villa II, a disco in the former Liberty Theatre in Stapleton, where they were able to hold dances on a regular basis. The Beach Haven seems to have closed at about the same time.

According to Discovering Staten Island: A 350th Anniversary Commemorative History, Jamaican-born author Michelle Cliff “immortalized” the Beach Haven in 2000, in her short story, “Rubicon,” which was set in a Staten Island lesbian bar, housed in a building that was “long and low, somewhere between wartime Quonset hut and postwar Levittown, tidy but nondescript.” 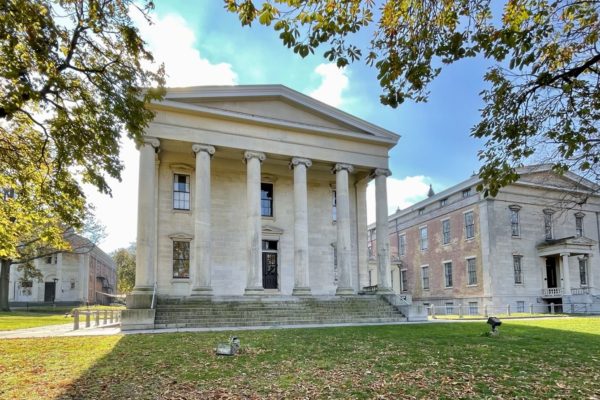