after opening as the Guild Theater in 1925, this site was renamed the ANTA Playhouse in 1950, the Virginia Theater in 1981, and the August Wilson Theater in 2005

The venue was renamed the August Wilson Theater in 2005. Alfred Lunt and Lynn Fontanne in Arms and the Man, 1925. Courtesy of the Museum of the City of New York. Scene in Catfish Row from the original Broadway production of Porgy (1927), featuring (left to right) Jack Carter as Crown, Wesley Hill as Jake, A. B. Comethiere as Simon Frazier, Rose MacClendon as Serena, Richard Huey as Mingo, Frank Wilson as Porgy, unidentified actor in the background, Georgette Harvey as Maria, and Evelyn Ellis as Bess. Photo by Vandamm Studio. Courtesy of Billy Rose Theatre Division, The New York Public Library. Alfred Lunt and Lynn Fontanne in Elizabeth the Queen, 1930. Courtesy of the Museum of the City of New York. Franchot Tone, Clare Woodbury, and June Walker in Green Grow the Lilacs (1931) by Lynn Riggs. Courtesy of the Museum of the City of New York. Alla Nazimova in Mourning Becomes Electra, 1931. Courtesy of the Museum of the City of New York. Eva Le Gallienne and Wilfrid Lawson in Prelude to Exile, 1936. Courtesy of the Museum of the City of New York. Playbill cover for The Blues for Mr. Charlie, 1964. Virginia Theater
In 1981, it was renamed the Virginia Theater. The biggest LGBT-associated hits were On Your Toes (revival, 1983-84) by Richard Rodgers and Lorenz Hart, with lyrics by Hart (Best Reproduction Tony Award) and production design by Zack Brown; City of Angels (1989-92), with costume design by Florence Klotz; Jelly’s Last Jam (1992-93) by and directed by George C. Wolfe; and Smokey Joe’s Cafe (1995-2000), with costume design by William Ivey Long, and with Lesley Gore as a guest star. Other LGBT-associated shows included Alice in Wonderland (revival, 1982-83) by Eva Le Gallienne and Florida Friebus, with scenic design by John Lee Beatty, with actors Le Gallienne and Edward Hibbert; Wild Honey (1986-87), with Ian McKellen; My Fair Lady (revival, 1993-94), with Richard Chamberlain; The Wild Party (2000) by George C. Wolfe and Michael John LaChiusa, and with music and lyrics by LaChiusa; and The Best Man (revival, 2000) by Gore Vidal, with actor Jonathan Hadary. 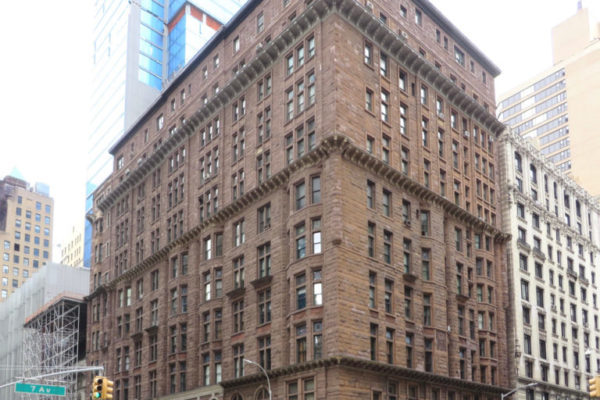