In 1973, as a result of the museum’s overall lack of representation for LGBT history and women, the AMNH was the target of Lesbian Feminist Liberation’s inaugural zap. Lesbian Feminist Liberation-led demonstration with lavender dinosaur in front of the American Museum of Natural History, August 1973. Courtesy of the Lesbian Herstory Archives. Lesbian Feminist Liberation-led demonstration in front of the American Museum of Natural History, August 1973. Courtesy of the Lesbian Herstory Archives. The American Museum of Natural History (AMNH) opened in 1869 in the Arsenal building in Central Park but relocated to its permanent location at the former site of Manhattan Square in 1877. The museum has expanded greatly in the past century, now occupying twenty-six interconnected buildings.

The museum has two main connections to LGBT history: affiliations with many prominent LGBT people and Lesbian Feminist Liberation’s 1973 zap.

Margaret Mead (1901-1978) was a pioneering female anthropologist who championed LGBT culture. She worked in the Division of Anthropology at the AMNH from 1926 until her death. Influenced by the sexual rebellion of the 1920s and free love movement, Mead’s controversial field work focused on sex and gender. Her first book, Coming of Age in Samoa (1928), reported on the sexual attitudes of islanders, and her fourth book, Sex and Temperament (1928), stated that masculinity and femininity were culturally imposed as opposed to inherent behaviors. She argued that bisexuality was the norm of human behavior, and that homosexuality was part of all cultures, encouraging Western cultures to expand their sexual conventions. In a statement for the National Gay Task Force, she called for human rights to be guaranteed for gay people.

Mead never publicly identified as bisexual, but she engaged in relationships with men and women throughout her life. Although married three times to men, one of Mead’s most lasting relationships was with anthropologist Ruth Benedict, who taught and mentored her at Barnard College. Mead wrote a series of love letters to Benedict, calling her “dear heart” and “my beloved.” The women maintained a romantic and professional connection for 25 years until Benedict died in 1948 with Mead at her bedside.

The AMNH continues to display Mead’s acquisitions in the Margaret Mead Hall of Pacific Peoples and hosts the annual Margaret Mead Film Festival, which has honored LGBT filmmakers. For example, the festival paid tribute to Peter Adair, known for the Word is Out (1978) and Absolutely Positive (1992), shortly after his death from complications of AIDs in 1996.

Colin Turnbull (1924-1994) and Joseph Towles (1937-1988) were openly gay anthropologists who respectively worked and volunteered at the AMNH. The couple met in 1959 when Turnbull, who was born in England, moved to New York City to serve as the Curator of African Ethnology at the AMNH. They exchanged marriage vows in 1960. Towles became an anthropologist after meeting Turnbull, and the couple conducted field work in Africa together.

Turnbull did not view his sexuality as a central part of his personal identity, although it influenced his work. His book The Forest People (1961) discussed how physical affection between Mbuti men did not denote sexuality, leading to freer expression of love among men. At the AMNH, Turnbull experienced homophobia when he would bring Towles to work. Towles, who was African American, also experienced racial discrimination at the museum. Despite an attempt to get him fired for his sexuality, Turnbull remained at the AMNH until 1969, with Towles volunteering in the creation of the Hall of African Peoples from 1965 to 1967.

Towles and Turnbull both died of AIDS and are buried together in Virginia.

Frederica Leser worked as an artist at the AMNH for about seven years in the 1970s and 1980s under a gay supervisor. She painted the mural in the Hall of Asian Peoples and worked on three-dimensional models of animals and plants across the museum. She was prominent in the lesbian social scene, hosting all-women parties in her Greenwich Village apartment.

Lesbian Feminist Liberation Zap
Lesbian Feminist Liberation (LFL) was co-founded as the Lesbian Liberation Committee of the Gay Activists Alliance (GAA) by activists Jean O’Leary and Eleanor Cooper at the Church of the Holy Apostles. It became a lesbian rights organization entirely independent from GAA in 1973, operating from the Women’s Liberation Center. LFL campaigned for increased public awareness about the discrimination and legal injustices lesbians encountered in everyday life, launching their inaugural zap at the American Museum of Natural History.

When LFL members Kathy Williams and Midge Flinn visited the AMNH, they were appalled by the sexist, racist, and anti-feminist nature of the exhibits as well as the overall lack of feminist anthropologists on staff (apart from Mead). Subsequently, LFL printed a flyer with a list of demands for the “Museum of Unnatural History.” They demanded that the museum teach the history of sexuality; change the word “man” to “people” in titles; curate a special exhibit on women’s history; appoint a female research fellow with a focus on matrilineality; and eliminate racial and hierarchical language. To garner heightened attention for the zap, five women spent ten days building a 250-pound, fifteen-foot-long lavender dinosaur out of plaster, bedsheets, and tarpaulin in the basement of LFL member Robyn Lutsky’s apartment on 99th Street. They named the dinosaur “Dinah the Dykosaur” or “Sapphasaura” and adorned her with eyelashes and red nail polish.

On August 26, 1973, 15 women marched Sapphasaura down Broadway to the AMNH. They carried the dinosaur 22 blocks after the wheels broke off in what researcher Rachel Pitkin called “a real demonstration of Dyke power.” As they approached the museum, they sang “Hail, Hail the Dykes are Here.” In total, about 200 women attended the lively zap at the AMNH, dancing to music by the feminist Victoria Hull Marching Band and chanting slogans including “Museums Hire Feminists.”

After the zap, LFL leadership received a meeting at the AMNH. They called it “totally non-productive” since the museum strongly implied that a feminist exhibit would not be approved. Still, the AMNH hired at least one additional female anthropologist as a result of LFL’s demands. 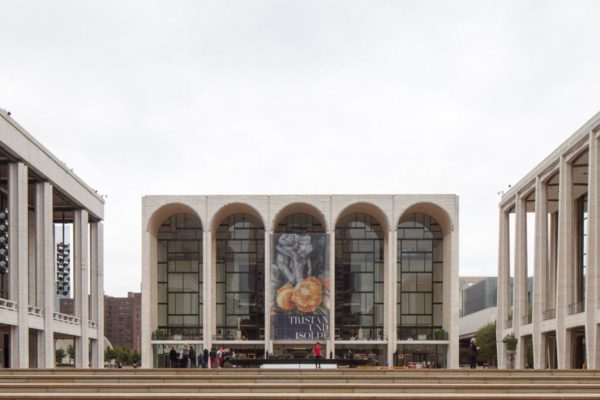