From 1927 to at least 1945, the closeted blues singer Alberta Hunter owned an apartment in this Harlem building.

During this time period, she was a prolific recording artist, performed live shows in Harlem and on Broadway, and was a popular entertainer in the United States and Europe. Blues singer Alberta Hunter (1895-1984) was born in Memphis, Tennessee, and left home for Chicago in pursuit of a singing career when she was about 11 years old. In 1919, she married future labor leader Willard Saxby Townsend, but they separated within months and divorced in 1923. That year, she moved to New York City, already an accomplished singer and songwriter (she co-wrote the critically acclaimed song Downhearted Blues in 1922; Bessie Smith recorded a hit rendition a year later).

During the 1920s, Hunter was a prolific recording artist and appeared in the city’s clubs and theaters. In December 1926, Hunter was living at 287 Edgecombe Avenue in Harlem when she purchased apartment 53 at 133 West 138th Street, a building that was home to a number of Black entertainers. Newspapers indicate this was her permanent address, between extensive travels to Europe for performance tours, until at least 1945. Hunter later noted that Black entertainers went to Europe “because we were recognized and given a chance. In Europe, they had your name up in lights. People in the United States would not give us that chance.”

Hunter met Lottie Tyler, niece of comedian Bert Williams, in Chicago in the late 1910s and the two were in an on-again, off-again relationship for many years. Journalist Lisa Hix writes that “blues music in the 1920s was so far under the radar of mainstream America [that] female blues singers could get away with occasionally expressing their unconventional desires. That said, they all felt obligated to produce song after song about loving and losing men.” She also notes that “in Jazz Age speakeasies, dive bars, and private parties, blues singers had the freedom to explore alternative sexuality, and on a rare occasion, they even expressed it in song.” However, unlike her fellow Harlem Renaissance-era blues singers, such as Bessie Smith and Ethel Waters, who were open about their attraction to women during the 1920s, Hunter worked to conceal her sexuality, even though she sometimes traveled with Tyler. Hunter remained closeted all her life. Stephen Bourne, in Who’s Who in Gay and Lesbian History, nevertheless writes that Hunter sang mostly about anguished love affairs, which resonated with gay audiences.

After her mother (who lived with her) passed away, Hunter retired from singing, worked as a nurse for twenty years on Roosevelt Island, and then made a singing comeback at 82 years old through a popular engagement at The Cookery in Greenwich Village that lasted until shortly before her death. Hunter was inducted into the Blues Hall of Fame in 2011 and her papers are held at the Schomburg Center for Research in Black Culture. 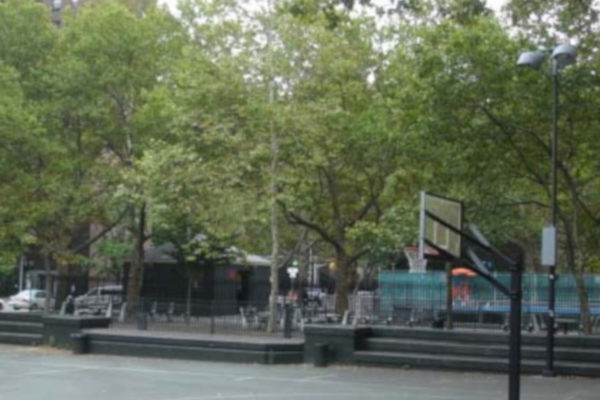