Elisabeth Irwin with a student in an undated photo. Photographer and source unknown.

Many New York City public schools are named in honor of prominent figures in American and world history. The NYC LGBT Historic Sites Project compiled a list of the 25 public schools named after gay men, lesbians, and bisexuals, although only one — Harvey Milk High School — intentionally honors an LGBT individual. This list includes Elisabeth Irwin High School, part of the Little Red School House, in Manhattan.

Lesbian reform educator Elisabeth Irwin (1880-1942) founded the Little Red School House, often considered the city’s first progressive school and one of the most notable and enduring cultural institutions in Greenwich Village. As early as 1912, Irwin worked at revising public school curricula, and started her progressive “Little Red School House” curriculum in 1921. With the threat of public funding cuts, she was urged to found her own private, independent primary school. In 1932, the school moved into the former Bethlehem Chapel building at 196-198 Bleecker Street. A high school was added in 1940. This building was originally the Charlton Street Memorial Church, which had merged with the Bethlehem Chapel in 1931.

Irwin continued to direct the school until her death. Her partner of 30 years was Katharine Anthony (1877-1965), a social researcher and feminist biographer. They lived nearby at 23 Bank Street. The high school was renamed Elisabeth Irwin High School in 1942.

Sites on this website associated with Irwin include the Little Red School House. 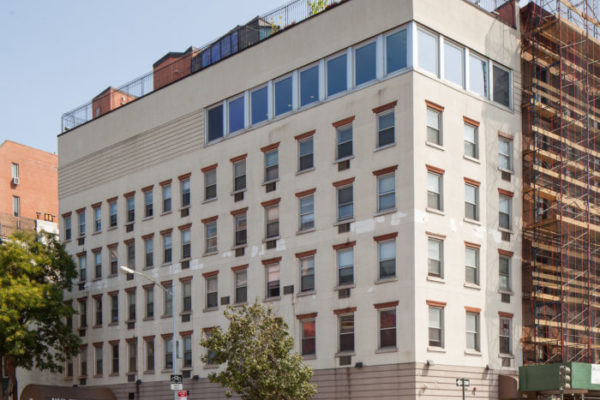