In 1971, gay students established a gay lounge in Furnald Hall, which is now known as the Stephen Donaldson Queer Lounge. Robert A. Martin (Stephen Donaldson) in the Columbia yearbook. Gay People at Columbia and Lesbians at Barnard, Gay & Lesbian Night at the Pub ad. Courtesy of Columbia University. In 1966, Columbia University became the first collegiate institution in the United States, and possibly the first in the world, with an LGBT student group. In the fall of that year, bisexual sophomore Robert Martin (using the pseudonym Stephen Donaldson) founded the Student Homophile League (SHL) following a meeting with Columbia and Barnard representatives, religious advisers, and two of the most important national leaders for gay and lesbian rights, Frank Kameny and Barbara Gittings.

The small student group had the support of the university chaplain and, thus, gained space in Earl Hall, the center of student religious life. The university officially recognized the group in April 1967 with the stipulation that it not organize social events. A subsequent front page article in the New York Times resulted in outrage from hundreds of alumni and negative editorials in many newspapers; one alum wrote “Tolerance has its limits. Let the pansies go elsewhere.” The SHL sponsored lectures, held “rap sessions” about homosexuality on dorm floors, and advocated for the acceptance of homosexuals in society in generally, with specific emphasis on ending discrimination in the military and the psychiatric community.

By 1970, Columbia’s gay student group had become the more activist Gay People at Columbia (also known as Gay People at Columbia-Barnard), which sought to “present as complete a view as possible of the contemporary gay experience: socially, educationally and politically.” Its most popular activity was monthly Friday-night dances, beginning in 1970, held in the auditorium on the third floor of Earl Hall, which welcomed the entire gay and lesbian community of New York. The dances reached their peak popularity in the 1980s and were especially popular with those who enjoyed the relaxed atmosphere that contrasted with the clubs and bars downtown. The group still exists as the Columbia Queer Alliance (CQA) and hosts “First Friday” dance events in Alfred Lerner Hall.

In 1971, gay students, led by Morty Manford (later the head of the Gay Activists Alliance and son of PFLAG founder Jeanne Manford), requested space for a gay lounge. Although denied permission by the university, the group took over an unused space in the basement of the Furnald Hall dormitory. The lounge eventually was recognized by the university and the space is still in use, now known as the Stephen Donaldson Queer Lounge.

Landmark Designations for LGBT Significance
In March 2018, through the NYC LGBT Historic Sites Project’s extensive research and writing, Earl Hall was listed on the National Register of Historic Places by the U.S. Department of the Interior, following the site’s listing, in January 2018, on the New York State Register of Historic Places. The National Register report is available in the “Read More” section below. 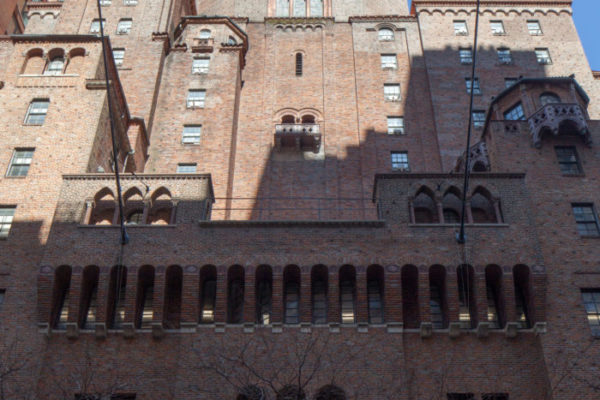