Many New York City public parks and playgrounds are named in honor of prominent figures in New York City and American history. The NYC LGBT Historic Sites Project compiled a list of public parks and playgrounds named after gay men, lesbians, and bisexuals, several of which intentionally honor an LGBT individual. In addition, there are memorials that honor LGBT individuals. This list includes the Alexander Hamilton Monument, in Manhattan.

This monument in Central Park celebrates Alexander Hamilton (1755 or 1757-1804), thus inadvertently honoring a probable LGBT individual. Although known as something of a womanizer, during the Revolutionary War, while both served as aides-de-camp to George Washington, Hamilton had a highly eroticized relationship with John Laurens (1754-1782) of South Carolina. This is evident primarily from a series of passionate letters written by Hamilton between 1779 and 1782. And later that year, he refers to himself as “a jealous lover” when Laurens fails to answer his letters. These letters have been dismissed as no more than literary flourish, although Hamilton’s executor saw fit to censor portions of them. As William Benemann states in his book Male-Male Intimacy in Early America, “There is no irrefutable proof that Laurens and Hamilton were lovers, but there is sufficient circumstantial evidence to render indefensible any unqualified pronouncement that they were not.”

Donated to Central Park by John C. Hamilton, one of Hamilton’s grandsons, this monument is located on East Drive at East 83rd Street. Sculpted in granite by the German-born Carl H. Conrads and dedicated in 1880, it depicts a standing Hamilton atop a high granite pedestal. 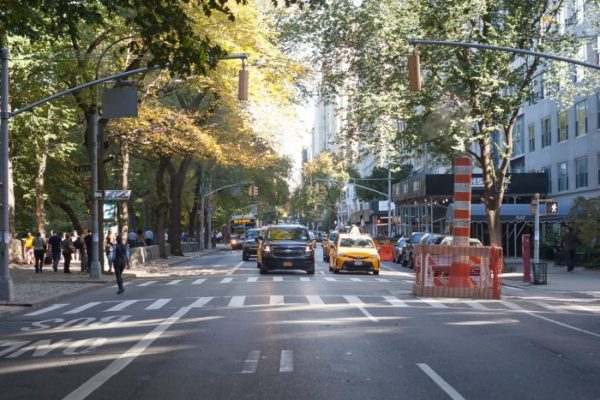