This building was one of many apartment houses in Greenwich Village that attracted same-sex couples.

After its completion in 1923, this was home to a number of women in the circle of Eleanor Roosevelt, notably partners Marion Dickerman and Nancy Cook and partners Molly Dewson and Polly Porter. 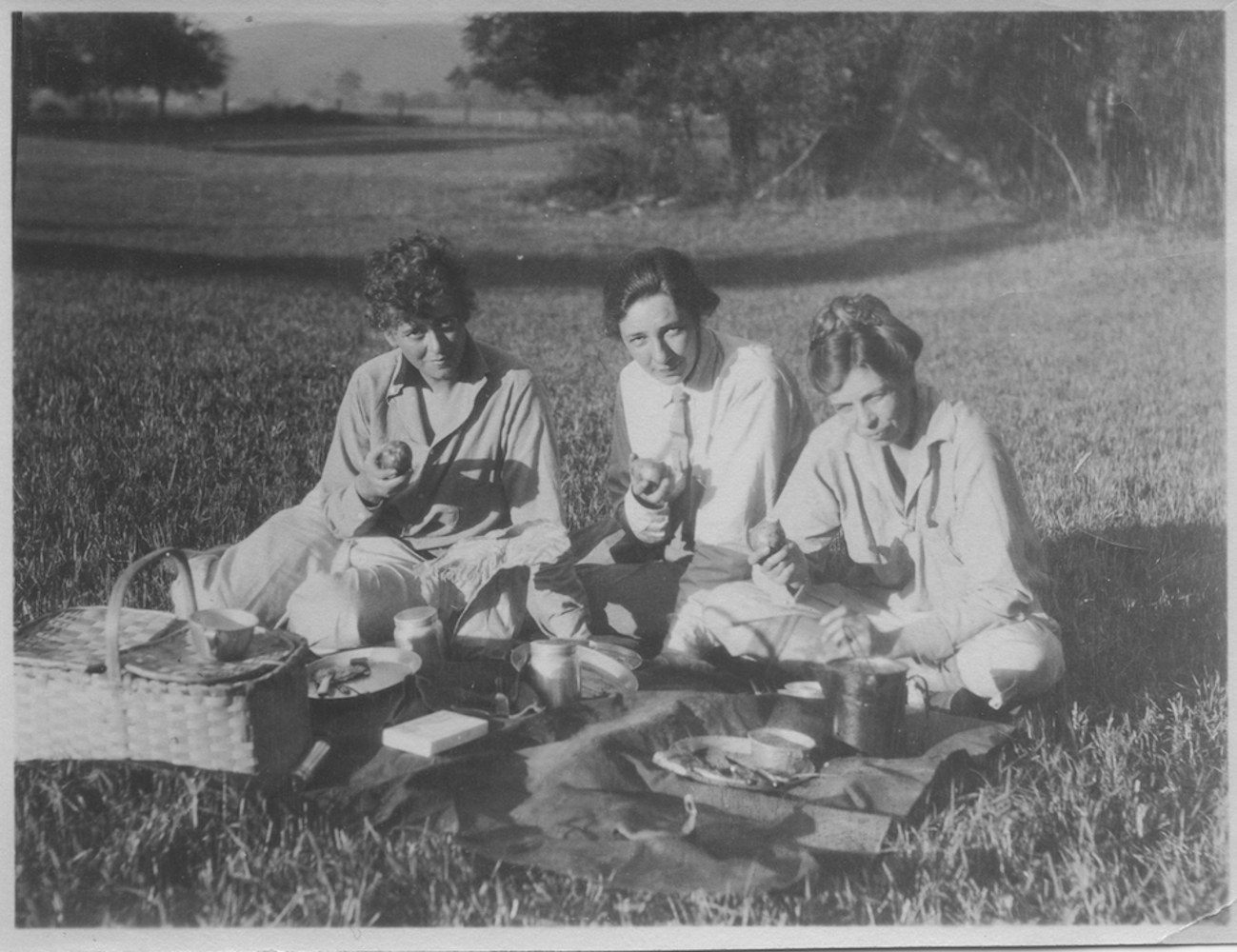 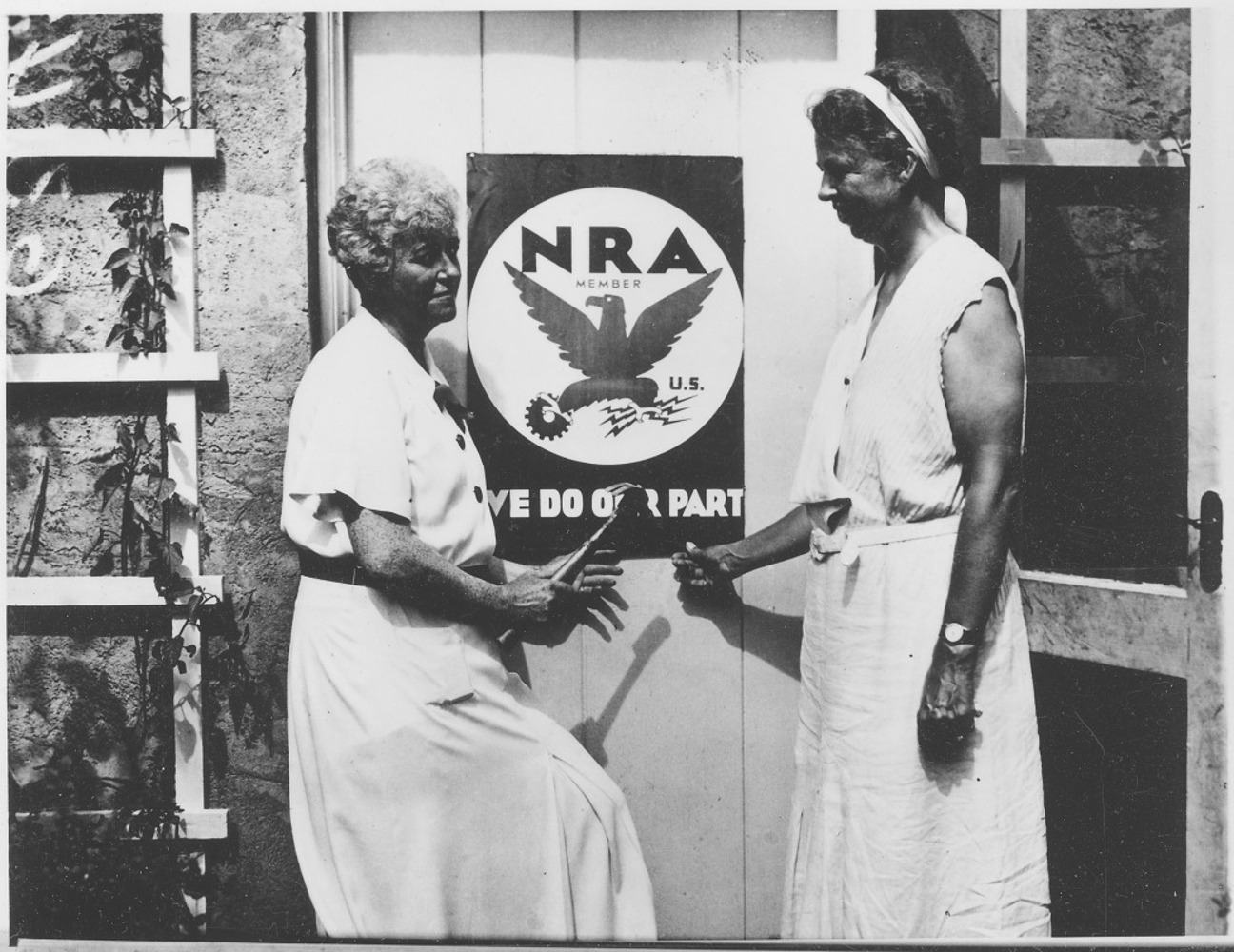 Nancy Cook and Eleanor Roosevelt at Val-Kill in an undated photo. Source unknown. Molly Dewson at the Social Security Board, 1937. Source: Library of Congress Prints and Photographs Division. 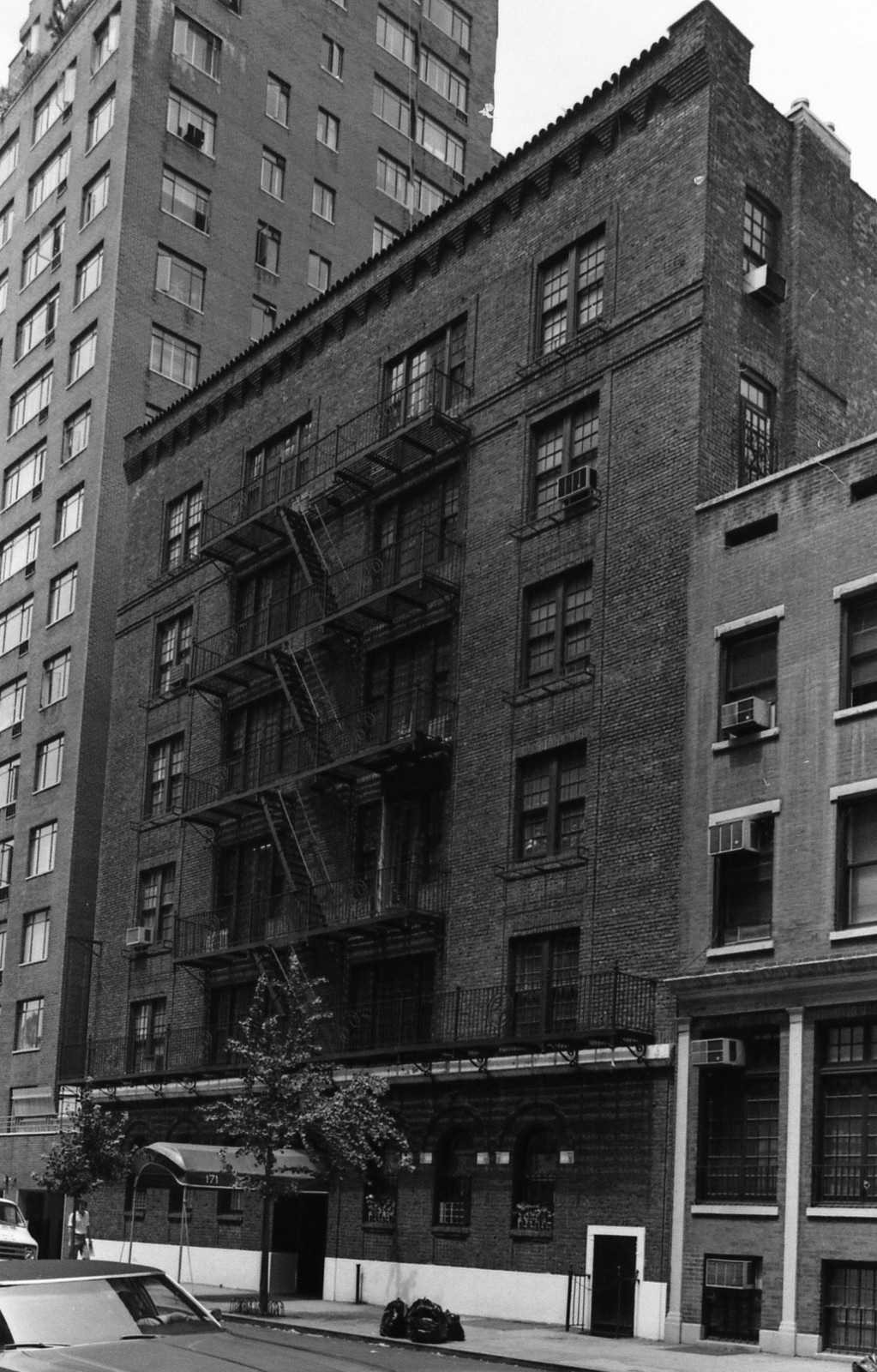 The small apartments that proliferated in Greenwich Village in the 1920s attracted single men and women and childless couples, including many same-sex couples. The apartment house at 171 West 12th Street, built in 1922, was home to several lesbian couples active in progressive politics.

The most prominent early residents were Marion Dickerman (1890-1983) and Nancy Cook (1884-1962) who formed a lifelong partnership in the 1910s. Dickerman was an educator who was involved with the Todhunter School, a progressive school for girls, while Cook became the head of the women’s division of the State Democratic Committee. It is through this work that they met Eleanor Roosevelt. Together the three women built Stone Cottage, which adjoined the Roosevelt mansion grounds, in Hyde Park, and established the Val-Kill furniture company. Dickerman and Roosevelt may also have been romantically involved.

Also residents of the building were Molly Dewson (Mary Dewson; 1874-1962) and her partner Polly Porter (Mary G. Porter; 1884-1972). They were also friends of Eleanor Roosevelt, largely through Dewson’s work with the New York Consumers’ League where she and Roosevelt successfully campaigned for a 1930 law limiting women to a 48-hour work week. Dewson also headed the women’s division of the Democratic National Committee where she worked to get women to vote for Franklin Roosevelt.